Food allergies are considered normal in modern society especially among children and infants, yet there are instances in which an individual can have a serious issue with consuming certain food products. These reactions are not always considered allergic reactions, and they can leave an individual feeling incredibly ill.

For instance, some individuals can be lactose intolerant or unable to consume dairy products while at the same time, there are individuals who simply cannot survive properly after consuming such items. 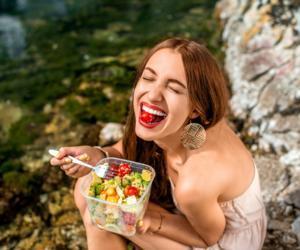 Eating Healthy with Celiac Disease: A Guide to Avoiding...

At that point, “individuals with celiac disease or type 1 diabetes have been reported to have high titers of antibodies against cow’s milk proteins.” For some, this condition can become fatal if left alone for prolonged periods of time. Furthermore, other medical conditions can amplify the negative effects of having an intolerance to specific substances. When referring to dairy, individuals with celiac disease are more susceptible to falling under the issues of a negative reaction.

For example, “avoidance of cow’s milk-based formula for infants with genetic susceptibility for type 1 diabetes reduced the cumulative incidence of diabetes-associated autoantibodies.” For several health conditions, including celiac disease, there are symptoms that dictate how an individual responds to the elements surrounding them. To understand these symptoms effectively, the condition of celiac disease must be understood completely.

What is Celiac Disease?

There are several autoimmune diseases circulating throughout the world, yet not everyone recognizes the impact these diseases have on society and the children that construct the society of the future. Furthermore, most autoimmune diseases are commonly associated with genetics and hereditary aspects of the bodies composition. To be clear, “celiac disease is a serious autoimmune disorder that can occur in genetically predisposed people where the ingestion of gluten leads to damage in the small intestine. It is estimated to affect 1 in 100 people worldwide. Two and one-half million Americans are undiagnosed and are at risk for long-term health complications.”

Celiac disease is extremely common according to the previously stated statistics and the epidemic may be growing due to lack of awareness. This condition may be common; however, its occurrences are nothing less than harmful if left ignored or untreated. A patient that has developed celiac disease needs to have a concern for the foods that they choose to ingest. Building on this principle, “when people with celiac disease eat gluten (a protein found in wheat, rye and barley), their body mounts an immune response that attacks the small intestine. These attacks lead to damage on the villi, small fingerlike projections that line the small intestine, that promote nutrient absorption. When the villi get damaged, nutrients cannot be absorbed properly into the body.” When the body consumes a foreign substance, the immune system immediately sets itself into action.

In some cases unfortunately, an individual’s body composition does not allow for the digestion of certain products, such as milk, dairy and gluten among other substances. There are many assumptions as to how celiac disease asserts itself in society, but it is certain that genetics are a major factor in these instances. For instance, “Celiac disease is hereditary, meaning that it runs in families. People with a first-degree relative with celiac disease (parent, child, sibling) have a 1 in 10 risk of developing celiac disease.”

Celiac disease can be passed down as easily as any other genetic trait such as eye color or body structure, making this condition very simple for children to contract. This information can leave some individuals feeling discouraged about how well they can manage a seemingly unavoidable condition. However, there are tests and treatments available to help unsettled parents understand their issues surrounding celiac disease and what that means for their children.

Due to the advancements in medical science, there are several testing options an individual can take to discover if they possess specific health conditions. Celiac disease is one example of a genetic health condition that can be detected before it grows into a more serious issue. Countless studies have been conducted specifically to uncover the fundamental aspects of celiac disease. For instance, one team of researchers “noted that children who developed celiac disease had increased titers of cow’s milk antibodies before the appearance of anti-TG2A or celiac disease.” Each day, more studies are formulated to fill in the gaps left behind by celiac disease, yet there is still so much that is misunderstood about the condition.

Testing is important in the medical world, solely for the progress of better and more effective medical treatments. To build on that point, “a team collected serum samples over a median time period of 10 years and analyzed for antibodies to tissue transglutaminase using a radiobinding assay, to endomysium using an immunofluorescence assay, and antibodies to a deamidated gliadine peptide using an immunofluorimetry assay.”

These medical researchers spent several years analyzing the growth patterns of individuals that are either at risk or have celiac disease. However, “the researchers did not find any significant differences at the cumulative incidence of anti-TG2A positivity or celiac disease between the casein hydrolysate and cow’s milk groups.” Medical testing is heavily supported and constantly growing, meaning that the efforts towards eradicating celiac disease are constantly shifting towards a more positive direction.

Essentially, testing paves the way for more practical medical treatments, and these treatments reach the celiac disease community as well. The safety of a child is very precious to the medical community, so failure is not an option.

How to Treat Celiac Disease

The first few years of a child’s development are crucial for creating a strong foundation for the child. From the perspective of the parent, a child or infant with celiac disease needs to remain distant from the substances that cause issues for the child’s condition. Furthermore, “Celiac disease is a chronic autoimmune disease, which means that you cannot “grow out” of it. The treatment for both celiac disease and non-celiac wheat sensitivity is lifelong adherence to a strict gluten-free diet. Only food and beverage with a gluten content less than 20 parts per million (ppm) is allowed.”

These treatment options are based on a general observation of how individuals with celiac disease cope with their uncomfortable condition. To put it simply, “the only treatment for celiac disease is lifelong adherence to a strict gluten-free diet.” This may come across as inconvenient for most individuals, but a healthy lifestyle is more important than ignoring a health issue.

Celiac disease is an unforgiving health condition that leaves almost no room for negligence or the disregard of one’s health. For example, “ingesting small amounts of gluten, like crumbs from a cutting board or toaster, can trigger small intestine damage.” Many individuals feel as if it is necessary to move on with their lives as if they do not have a condition that restricts their eating habits. Infants know nothing about celiac disease or how to treat it, making it the responsibility of the parent not to neglect their children.

The development of a child is perhaps one of the most important aspects surrounding parenthood. An autoimmune disease has the ability to attack any individual, yet it is more commonly transferred genetically. Researchers conducted "a randomized controlled trial of 230 infants with genetic risk factors for celiac disease, we did not find evidence that weaning to a diet of extensively hydrolyzed formula compared with cow’s milk-based formula would decrease the risk for celiac disease later in life.”

As of right now, there are only some many things a young child with celiac disease can consume. This issue goes beyond children, due to the fact that celiac disease is considered a lifelong medical condition. For instance, “it is estimated that up to 20% of people diagnosed with celiac disease have persistent symptoms while on a gluten-free diet. The most common reason for persistent symptoms is continuing to ingest gluten.” Gluten is difficult to avoid, mainly because it is a major ingredient in most food items.

However, to keep a child with celiac disease as healthy as possible, these precautions must be taken. An adult with a serious health condition needs a strong support system, and the children of the future deserve nothing less. 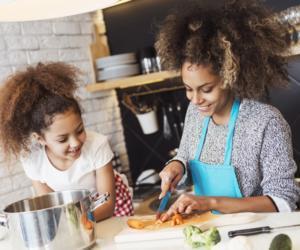 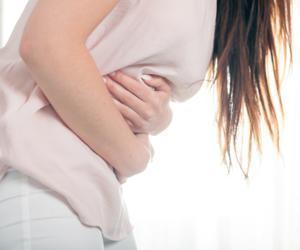 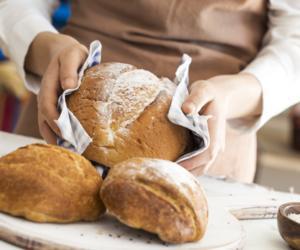 Are there any dietary recommendations for celiac besides avoiding glutenous foods?