Influenza and affluence combine to form the word affluenza. Similar to how viruses infect their host, affluenza, being a social virus, infects millions of people around the world. It consumes the lives of people with the bold pursuit of materialism. It is predominantly an American type of consumerism according to critics.

Affluenza was virtually unheard of a hundred years ago. When World War I and the Great Depression happened, most people generally worked hard and saved money. They only bought what their income could only afford and learned how to be content. In the aftermath of World War II, America entered postwar prosperity, in which companies used impressive tactics to gain new customers. It was the time when the concept of targeted advertising sprang into action, where companies focused on making age demographics in their advertisements. These ads particularly targeted young adults and teenagers. 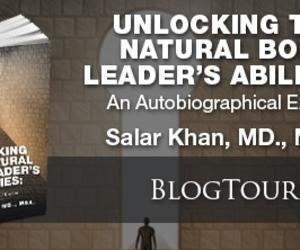 Have a question aboutAffluenza?Ask a doctor now

Then the Greatest Generation had the Baby Boomers. Since parents had experienced different levels of hardships during the time of Depression, they wanted to make the lives of their children easier, which unintentionally influenced a culture of entitlement and a degree of materialism. In the pursuit of a better life for their children, parents showered their children with material stuff and other possessions.

When the Baby Boomers had children of their own, they also strived to give their family and children better lives. The cycle continued through decades, with one generation to another more inclined to feel entitled to the greatest things in life, whether they could afford it or not.

Successive generations after World War II had never experienced destitution and other hardships. Unfortunately, instant gratification and good times are common themes these days, especially among young adults and adolescents since the standard of living in the Western world have risen to heights never before experienced.

The term affluenza entered the famous lexicon in 2013 when Ethan Couch, a Texas teen, killed four pedestrians while driving drunk. A defense expert coined the term affluenza during Couch's trial to describe the disorder that Couch had. It explained the results of Couch's privileged upbringing that led him to have a clouded sense of responsibility, ethical standards, and a deep sense of right and wrong. Couch's attorneys argued that there should be a sentence reduction since Couch was unable to understand the results of his actions due to growing up privileged. If a person has affluenza, perceived wants are usually emphasized rather than real needs. Some may even engage in risky spending and debt just to keep up with the current lifestyle trends. Affluenza also implies a lack of empathy, lack of genuine peace or joy, and a constant feeling of being entitled to a VIP treatment due to one's financial status. Affluenza is actually a metaphorical illness, which can lead to depression, anxiety, substance abuse, and other types of addiction. Affluenza by itself is not a disorder, but a maladaptive behavior that is triggered by a set of circumstances and environmental factors.

Are you infected by affluenza?

The term affluenza was popularized by John de Graaf when he published his PBS documentary and book titled, Affluenza in 1997. Most recently, the term affluenza involves people who are unable to understand the consequences of their actions due to financial privileges. This term is much more broadly defined by de Graaf and critics of consumerism. In one of their books, they defined affluenza as a condition that is painful, contagious, and can be socially transmitted. It involves overload, anxiety, debt, and waste due to the greed for wanting more.

The term affluenza is very similar to the term influenza. Although affluenza is not a recognized medical diagnosis, there is medical importance associated with it. Severe personal and societal symptoms develop due to affluenza. According to statistics published in 2005:

Affluenza is not considered as a mental disorder, but many of the characteristics displayed by people with affluenza are similar to the signs and symptoms of addiction and narcissistic personality disorder (NPD). Some of the common symptoms of affluenza include:

What can be done?

To beat affluenza, you must recognize the disorder within yourself. Ask why and where it comes from. Some of the questions you may ask are:

If you answered yes to most of the questions above, then you may have affluenza.

How to Prevent Affluenza in Children

The most important thing parents can do to prevent affluenza is to emotionally make themselves available to their children. Just bringing home a paycheck will not make children happy. Children must also be taught about socially acceptable behavior and which behavior is not. Behaviors such as drinking and substance abuse are not acceptable.

Be a parent who is thoughtful and responsible and not a cool one, especially if your child is living in an affluent environment. The only difference between a child with affluenza and without is having parents who show that they care for their child.

Affluenza has infected powerful empires to a certain degree. One of the greatest examples was King Solomon, who enjoyed life in splendor and excess. Whatever he wanted, he always got it. However, in spite of his accomplishments and great wealth, King Solomon still had feelings of dissatisfaction. The more a person has, the more a person wants.

Affluenza is a modern epidemic that leads a life of anxiety, worry, depression, and possibly mental illness because it builds impractical expectations that cannot be easily achieved.

The Mysterious Connection Between Rheumatoid Arthritis...

What are the side effects of a head CT scan?

More from FindATopDoc on Affluenza

When is a CT scan preferred over an X-ray? 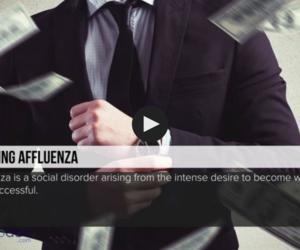