What is infant botulism?

Infant botulism is a serious illness in babies when they ingest Clostridium botulinum, a type of bacteria that produce harmful toxins in the body. The illness causes breathing problems and muscle weakness. However, this condition is quite rare. Each year, less than 100 infant botulism cases are reported in the United States. When infants do get botulism, they often completely recover.

Babies who are 3 weeks old to 6 months old are usually affected by infant botulism. However, babies older than 6 months are still at risk of getting the disease until they reach 12 months. Infant botulism can be severe, but treatable. For this reason, it is very important to know its symptoms for early recognition. It is also important to note that honey can contain spores of C. botulinum, which is why children who are younger than 12 months old should never be given honey. 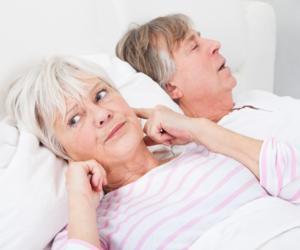 C. botulinum spores can be found in soil and dust, which can contaminate honey. When infants ingest these spores, bacteria would multiply and produce toxins because infants still do not have a mature digestive system to handle the spores. The toxins produced interfere with the normal functioning of the nerves and muscles. For this reason, infants tend to have limited movements along with eating and breathing problems.

In the world, 90 percent of infant botulism cases are diagnosed in the US due to physician awareness. Since 1996, more than 1,400 cases were reported and documented by the Centers for Disease Control and Prevention (CDC).

Infant botulism has exceeded the prevalence of both wound and foodborne botulism. Although there are infant botulism cases that go unrecognized, it is estimated that the illness occurs in more than 250 infants in the US each year. The states that have the highest incidence of infant botulism are California, Pennsylvania, and Utah. Almost 50 percent of the cases are reported in the state of California.

The most common sources of botulinum spores are contaminated soil and honey. More research studies are being conducted to determine other possible sources.

When infant botulism is due to the consumption of contaminated food, such as honey, symptoms usually show within 36 hours after the toxin is ingested by the baby. The initial sign observed in the baby is constipation. Consult a doctor if your child does not have bowel movements in three straight days. Other signs and symptoms include:

Doctors usually check for signs of muscle weakness or paralysis in patients suspected with infant botulism. Other physical signs to look out for are a weak voice and drooping eyelids.

In the case of suspected infant botulism, parents will be asked about the types of food their child ate before getting sick. Questions about the child’s bowel movements and mobility would also be asked.

Blood tests along with stool and vomit analysis may help doctors reach a correct diagnosis of botulism.

Babies with infant botulism need to be treated in a hospital and admitted to the intensive care unit (ICU) for immediate treatment and close monitoring. The toxins present in the baby’s body greatly affect the baby’s breathing muscles, so doctors usually utilize a ventilator to help the baby breathe. These toxins also affect the baby’s swallowing muscles. For this reason, fluids are intravenously given and feedings would be given through tubes to maintain nourishment to the baby.

Antitoxins are now available for the treatment of infant botulism. The choice of antitoxin used in the United States is botulism immune globulin intravenous (BIG-IV). However, due to its high cost, many countries look for other alternative treatments, such as equine botulinum antitoxin (EqBA). Infants must also receive treatment right away. It has been reported that infants who received immediate BIG-IV treatment tend to recover faster and have a shorter stay in the hospital.

Babies usually recover from infant botulism when the illness is early diagnosed and properly treated.

The following are preventive measures to protect babies against infant botulism:

Infant botulism usually occurs in babies who are below 6 months old. This form of botulism is different from foodborne botulism, in which illness is due to the consumption of preformed toxins in food. Infant botulism happens when babies ingest the spores of C. botulinum. The spores develop into bacteria, which multiply and colonize the baby's gut as well as release harmful toxins.

Most adults and older children (12 months and above) would have developed a mature gastrointestinal tract that prevents the growth and multiplication of bacteria. Infant botulism commonly causes constipation in babies. Aside from the absence of bowel movements, symptoms such as loss of appetite, a weak cry, poor head control, and general weakness are observed.

Even though there are other potential sources of C. botulinum spores, the most common source identified is spore-contaminated wild honey due to its association with numerous cases of infant botulism. For this reason, parents and caregivers must be careful not to give honey to infants who are younger than 12 months old.

How long does it take to recover from flat feet surgery?

More from FindATopDoc on Infant Botulism

Can acupuncture help with chronic sinusitis? 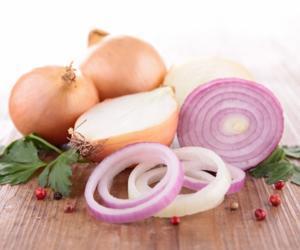 Can you really get the flu from the flu shot?