Oral thrush is a common type of yeast infection in babies. The infection is also called as oral candidiasis, which causes irritation in and around the baby's mouth. Oral thrush is said to affect babies of any age, but is more commonly seen in babies who are younger than 6 months old. Adults, especially those who have a weak immune system, can also get oral thrush.

Yeast infections are caused by a variety of Candida species. When the immune system is functioning properly, this type of yeast infection rarely causes symptoms. 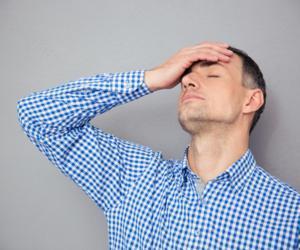 All About Candida Overgrowth

What is oral thrush in babies?

An oral thrush is a common form of yeast infection found in the mouth of babies. It may also appear as rashes in the form of a nappy or diaper rash or facial rashes, which appear below the chin of the baby. When it comes to breastfeeding mothers, rashes can appear on the nipples and in the vagina. Thrush can be quite irritating, but there are a variety of treatment methods to relieve the symptoms. Infants can get Candida at birth or soon after birth.

In most of the cases, babies develop thrush in their mouth during the first few weeks or months of their life. Oral thrush is a yeast infection of the mouth due to Candida albicans. This oral yeast infection is not considered as a serious condition. However, it can be a cause of discomfort and difficulties during infant feeding if not identified and resolved in a timely manner.

Around 50 percent of the population is known to have Candida in their mouth. Under normal circumstances, Candida albicans is mostly under control, but due to certain factors, it can become out of control leading to its overgrowth.

What are its symptoms?

Oral thrush usually appears as a whitish and velvety lesion in the mouth and tongue. Below this whitish material, there is a red tissue that easily bleeds. The lesions are said to gradually increase in their size and number. Oral thrush in babies would appear as a white patch on the roof of the mouth, inside the cheeks, or on the tongue. Around these patches, there can be signs of redness, which may look like ulcers. These patches cannot be easily washed or rubbed off.

A baby with an oral thrush may have cracked skin at the corners of the mouth or there can be white patches on the tongue, lips, or the inside section of the cheeks, which would look like cottage cheese. Certain babies may become cranky when they have thrush and would not feed well or would become uncomfortable while sucking because their mouth would feel sore.

What are the causes?

Oral thrush is caused by an overgrowth of a type of fungus called Candida albicans. Candida is normally present in the mouth and digestive tract. When the immune system is healthy, the amount of Candida in the body is usually under control. However, when people have a weak or impaired immune system due to certain medical conditions or the use of specific medications, Candida can abnormally multiply and cause an infection.

A Candida overgrowth can also cause a vaginal yeast infection or a diaper rash. Young babies may experience having a diaper rash and oral thrush at the same time. The chances of a Candida overgrowth can also happen when babies are given antibiotics for a bacterial infection. The reason for the overgrowth is that antibiotics tend to kill both the good and bad bacteria present in the body. Oral thrush is also known to occur after taking steroid medications.

There are also cases wherein a newborn gets Candida from its mother while delivery. Normally, babies pick up the mother’s good bacteria in the birth canal. However, when the mother has a Candida overgrowth, the baby picks up Candida instead of the good bacteria. The mother’s nipples can also be affected by the fungal infection, which can be transferred to the baby while breastfeeding.

When it comes to diagnosing oral thrush, the doctor can collect a sample of an infected tissue and examine it under the microscope. If the doctor finds out any evidence relating to a Candida infection, then the sample would be cultured to confirm the diagnosis.

If you suspect that your baby has an oral thrush, it is recommended to reach out to the doctor for a proper diagnosis and treatment.

Usually, treatments for oral thrush would involve drops or gel, which would need to be spread inside your baby's mouth instead of just putting it on your baby's tongue. If the baby is breastfed, then the mother’s nipples should be first treated to prevent passing the fungal infection back and forth.

In most of the cases, oral thrush in infants goes away within a period of two weeks without any treatments. Since oral thrush is known to affect feedings, the doctor should be immediately notified when the symptoms start to appear again.

In certain cases, the doctor can also prescribe an antifungal solution for your baby’s mouth. This antifungal medicine can be applied several times a day inside the baby's mouth and tongue with the help of a sponge applicator, which mostly comes along with the medicine. For pain relief, the doctor can prescribe acetaminophen. Depending on your baby's age, the doctor can also recommend yogurt along with lactobacilli to your baby's diet. Lactobacilli are good bacteria, which can help get rid of a yeast overgrowth in your child's mouth. If your baby still keeps on getting oral thrush after repeated treatments, and when your child is already more than nine months old, it is better to speak to the doctor since your child may be having an underlying health issue that may need immediate medical attention.

To prevent the transmission of yeast infections in newborns, pregnant women should regularly visit the doctor to monitor any signs or symptoms of a vaginal yeast infection. The common symptoms of a vaginal yeast infection are white cheesy vaginal discharges along with constant vaginal itching. Moreover, breastfeeding mothers who notice unusual discharges from their nipples or have experienced nipple pain should inform their doctor, so they can be examined for the possibility of thrush infection in the nipples, which could likely get transmitted to their baby's mouth while breastfeeding.

If the baby is formula fed or uses a pacifier, then it is important to thoroughly clean the pacifiers and nipples in hot soapy water after every use. You can also store milk and prepared bottles in the refrigerator to prevent the growth of yeast.

Antibiotic therapy may allow the overgrowth of Candida. Thus, it is advisable not to give antibiotics to the baby unless it becomes absolutely necessary. This is something, which the doctor can decide based on your child's condition. Remember that antibiotics are not beneficial in cases of viral infections.

Oral thrush is not considered dangerous. However, it may interfere with the daily feeding of your baby since the infection can cause uneasiness. A baby who is hungry and finds it difficult to eat is often a sad sight for the mother, and a bout of thrush can also cause discomforts to the baby.

In such cases, it becomes extremely important to give the baby all the attention and care along with comfort. Follow the doctor's instructions when it comes to medications and pain relief. Also, it is important not to panic since most cases of oral thrush in babies tend to go away after receiving proper treatment.

I think I have oral thrush. What does this usually...

Everything About Oral Thrush

What are the treatment options for a nasal fungal infection?

More from FindATopDoc on oral thrush

How is oral thrush treated?

I am having frequent bouts of fungal infection in my...

What are the treatment options for a fungal infection?