Progeria is a genetic condition that occurs approximately 1 in 4 million births in the world.

Progeria or Hutchinson-Gilford progeria syndrome (HGPS), is a rare genetic condition characterized by a rapidly aging appearance in children. Newborns and infants born with this condition typically look healthy and normal, but may physically display characteristic facial features, such as prominent eyes, protruding ears, thin nose with a beaked tip, small chin, and thin lips within their first two years of life.

They also tend to grow more slowly and gain less weight than other children (failure to thrive). This genetic condition is also called as: 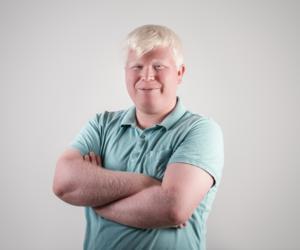 Have a question aboutProgeria?Ask a doctor now

This condition is reported to occur in approximately 1 in 4 million births in the world, and equally affects both sexes of all races. Other features of progeria include:

Children with progeria tend to develop arteriosclerosis or the severe hardening of the arteries, which increases their risk of having a stroke or heart attack at a young age. These life-threatening complications can also get worse over time. However, progeria does not affect a child’s intellectual development and motor skills, such as standing, sitting, and walking.

Hutchinson-Gilford progeria syndrome is caused by LMNA gene mutations. The LMNA gene produces a protein called lamin A, which plays a significant role in keeping the cell’s nucleus together. This protein supports the nuclear envelope, which surrounds the nucleus.

Mutations occur when an abnormal version of lamin A is produced. This abnormal protein progressively damages the nucleus since it makes the nuclear envelope unstable. As a result, more cells tend to prematurely die, enabling the process of premature aging.

Progeria is an autosomal dominant condition, which means that only one copy of the mutant gene is enough to cause the disorder. This genetic condition results from new LMNA gene mutations and can occur in people without a family history of the disorder.

Hutchinson-Gilford progeria syndrome is not usually passed down from parent to child. The gene mutation in this condition is extremely rare.

Parents who have never had a child with HGPS may have a 1 in 20 million chance of having one. However, for parents who already had a child with HGPS, their risk of having another child with the condition increases at 2-3 percent. The reason is due to the phenomenon called mosaicism, in which one parent possesses a small proportion of genetic mutation for progeria in their cells, but does not have progeria. Genetic testing can help detect LMNA gene mutations that cause progeria.

Genetic testing enables physicians to diagnose children with the condition at an early age as well as provide early treatment in the disease process. In rare cases, progeria may be recognized at birth when certain suspicious findings are noted, such as scleroderma-like skin (over the newborn’s buttocks, lower abdomen, or thighs), sculptured nose, and midfacial cyanosis.

Certain imaging tests, such as X-ray studies, may also be performed to check for skeletal abnormalities that are potentially associated with progeria. Evaluations also include specialized cardiac tests and other clinical examinations to check for associated cardiovascular problems and provide appropriate treatment or management of the disease.

In 2012, results of a clinical drug trial for children with HGPS has shown that a type of farnesyltransferase inhibitor (FTI) called lonafarnib, which was developed for cancer treatment, has shown effectiveness for progeria. Each child who participated in the clinical trial showed an improvement in one or more of the following aspects:

However, lonafarnib is only available through clinical drug trials and is not FDA-approved for the treatment of progeria. For this reason, HGPS treatment usually depends on the patient’s specific symptoms.

Although there is no specific treatment for progeria, certain medications, such as statins and aspirin, may be given to help prevent a stroke or heart attack.

Management of the disorder may also require a team of specialists, which include:

People with progeria have an increased risk of developing other life-threatening health problems, such as stroke and cardiovascular disorders.

The average lifespan of people with progeria is 14 years, but some may survive up to their early 20s. The cause of early death is usually associated with heart disease and stroke.

What is GeneXpert test?

More from FindATopDoc on Progeria

Is there a permanent cure for pulmonary hypertension?...

I don't understand how I got Periodontal disease