Temper tantrums have been defined by experts as an unplanned display of anger or emotions by children.  Children will often whine, scream, or cry during a tantrum. They may hold their breath or widely swing their arms and legs. Children between the ages of one and four experience the most occurences of temper tantrums. They usually last about two-three minutes and are most intense at the onset. Usually, when children reach the age of 4 or 5, they have the ability to communicate and express their emotions better, which leads to lesser tantrums.

Young children are frustrated when they are stopped from gaining independence or from learning a skill. This response is actually quite normal. For instance, when a child is unable to button his or her shirt, or is told to go to bed, they might get upset and lash out.  They may also act up when they are afraid or uncomfortable. When parents react too strongly to the child’s behavior or when parents give in to the demands of their child, as you'd expect, additional temper tantrums are more likely to occur.

If I have diabetes, do I have higher chances of having...

As young children grow, they want they want to do things on their own and become more independent. Temper tantrums typically occur when a child is is sick, tired, or hungry. They are also common when the child is feeling feeling anxious or want to test the rules. You'll see they react strongly when they want something immediately--at that very moment, since patience hasn't been learned yet. Take something away from a young child, and they might just burst into tears and kick and scream. Overstimulation, boredom and too few or too many expectations can cause a tantrum.

How to Stop Tantrums

Every parent has to endure their child's temper tantrums at one point or another. From time to time, young children would try to push their parents' limits. When adults display their disapproval, some young children take their frustration to the extreme. However, some things can be done to bring an end to temper tantrums.

1. Communicate with your child

3. Know the personality of your child

If an outburst does occur, step in to prevent your child from harming himself. Children often kick, hit, and struggle just to get away from their parents. As much as possible, remain calm and determined.  You can speak with a professional if you feel that it's out of control despite your best efforts.

What should you not do with a herniated disc?

Why do I still have chest pain after stent?

Examining your health through your eyes

More from FindATopDoc on Temper tantrums

What is the best lipoma removal procedure?

What can be done to control anger in small children? 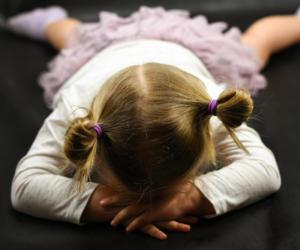 What can be done to control anger in small children?