Much of a baby's activity during the first few weeks of life is reflexive. When you put your finger in your baby's mouth, your baby would automatically suck on it by reflex. Your baby would not think of what to do but rather respond according to reflexes.

When exposed to a bright light, your baby would tightly shut his eyes because reflex makes him do so. An infant is born with many of these automatic responses or reflexes. Few of these reflexes remain for months, while others vanish in just a few weeks’ time. In certain cases, newborn reflexes would change into voluntary behavior.

Are delayed milestones a problem?

One example would be is when the baby is born with another reflex known as the rooting reflex, which prompts him to turn his head toward your hand when your stroke his cheek or mouth. This would help the baby find the nipple or the bottle during feeding. However, by the time the baby reaches three weeks, he would simply turn his head and move his mouth into the position to suck for milk whether from a bottle or nipple. Sucking is regarded as another survival reflex, which is often present before birth. One of the other more dramatic reflexes in a baby during his first few weeks is known as the Moro reflex.

What is the Babinski reflex?

The Babinski reflex, which is also known as the plantar reflex, is a type of foot reflex known to naturally happen in small babies and young children until they are about 6 months old to 2 years old. It is quite a normal reflex seen in infants.

Reflexes are automatic responses, which usually occur when the body receives a certain kind of stimulus. When the sole of the feet is firmly stroked, it leads to the Babinski reflex, wherein the big toe tends to move in the upward direction or towards the top surface of the foot while the other toes fan out. When the child grows older, this reflex tends to disappear. It may also disappear earlier after a child turns 12 months.

A French neurologist named Joseph Babinski first described and named this reflex in infants. He described this reflex in one of the reports that were published in the year 1896. Since then, the Babinski sign became an essential tool for doctors and pediatricians all over the world. They use this sign when it comes to assessing normal brain activity, nerve activity, and neurological responses in both adults and infants, and check that there are no underlying medical conditions or abnormalities present in the nervous system.

Types of Reflexes in Babies

The Babinski reflex is often tested with other natural reflexes, which babies have at infancy. Those other reflexes include:

During infancy and development stage, babies often do not have much control over their nervous system, so these reflexes are quite common in them. Reflexes in babies also indicate a healthy neurological functioning.

As infants develop and grow, they start to have a better control over the functioning of their nervous system, and the Babinski reflex and other reflexes, which we often see during infancy stage start to disappear. This particular reflex is very much normal in children up to the age of 2, and in certain cases, it can end after the child reaches 12 months. However, if the Babinski reflex is still noticeable in children beyond this age, then it may indicate a certain kind of neurological disorder, which needs to be addressed. In an adult, the Babinski reflex is never a normal finding.

As mentioned earlier, when the Babinski reflex is present in a child who is older than 2 years old or when seen in an adult, then it serves as a sign that something is not right in the individual's central nervous system. The central nervous system consists of the spinal cord and the brain, so the disorders would include:

When children and adults are tested positive for the Babinski reflex, then may have the following conditions:

To test for the Babinski reflex, the doctor would use an object such as a reflex hammer or a key to stroke the bottom of the foot from the heels moving up toward the big toe. It usually takes practice to perform the Babinski test. If it is not done correctly, then it can have a false positive or false negative report.

In children younger than 2 years old, the big toe bends up back toward the top of the foot, whereas the other four fan out during reflex. This kind of reflex is normal and would not indicate any signs of abnormalities or medical conditions in the body.

In adults and children older than 2 years old, this particular reflex should not be present. All five toes should curl downward or flex as if they are trying to grab or hold something. If individuals do not have a normal reflex response, then it is a sign that something is not right or it may indicate the presence of an underlying neurological issue.

Moreover, in a child who is younger than 2 years old, but born with a certain kind of intellectual disability or any other forms of mental condition, then the Babinski reflex can be held up for an abnormally long period of time. For a child who is under two years of age, but born with other conditions that lead to spasticity, wherein there is stiffness or spasms in the muscle, then the Babinski reflex would turn out to be quite weak when the doctor performs the test. In certain cases, they may not respond at all.

When a child above the age of two years or an adult has the Babinski reflex, then they would often complain of lack of muscle control, no proper coordination, and weakness. It becomes quite important to ensure that they are safe and do not come across any kind of injuries.

The only treatment is to ensure that the environment at home or office is kept free from any kind of hazard, so that they do not suffer from injury.

In case if children below 12 months old do not test positive for the Babinski reflex, then it is ideal to check with the doctor if they should be tested for any underlying medical or neurological conditions. In such cases, the doctor can refer the child to a specialist, who would be able to closely examine the brain as well as the central nervous system.

Certain conditions in young children that can lead to an abnormal Babinski reflex cannot be cured and those would include cerebral palsy and other intellectual disabilities. However, one should note that the symptoms of this condition, if identified on a timely basis, can be managed well along with making certain changes in lifestyle and diet.

When it comes to adults, a positive Babinski reflex would mean more tests for neurological issues. If it is a case of brain injury, brain tumor, or any other similar condition, then it is best to seek a specialist advice. Certain people may also need to go in for surgery to address the root cause of the abnormal Babinski reflex. This would also lead to the prevention of any kind of complications and also ensure that the individual stays in good health. 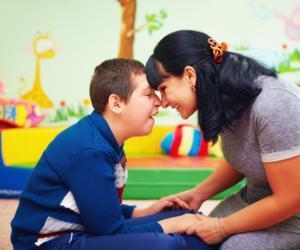 Are delayed milestones a problem?