Sleepless nights and a drop in the levels of estrogen all combine together to give a low drive for sex after pregnancy. “Some of them may take up to a year to get back their normal mood and sex drive," says Hope Ricciotti, MD, an associate professor of obstetrics and gynecology at Harvard Medical School and a practicing obstetrician at Beth Israel Deaconess Hospital in Boston. “Their priorities are shifted to the child and the family, in that they do not have time for themselves," adds Ricciotti.

New moms are exhausted and become stressed when thinking about romance and sex during the first few months after delivery. This, when combined with low levels of estrogen, puts sex as the last priority for women after child birth. Silvana Ribaudo, MD, an obstetrician at Columbia Medical Center in New York, says that estrogen levels drop suddenly after childbirth and it may take time to rebound to the normal levels. 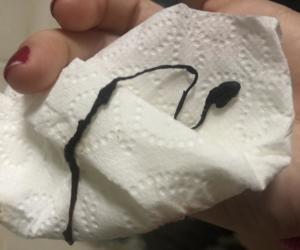 Is this a miscarriage?

Most women experience loose skin on their belly once the uterus returns to the normal size after child birth. Some women refer to the post-pregnancy loose skin on the belly as elephant belly. During pregnancy, the uterus may increase up to five times the normal size to accommodate the fetus. The skin stretches to accommodate the change, and unfortunately, the skin may remain stretched after delivery. “This is different from the stretch marks, and refers to the loose skin”, says Ricciotti.

Most women think that once you give birth, their belly comes back to the normal size. It does, but not as fast. It takes about six to eight weeks for the uterus to return to its normal size. Exercise and a healthy diet are the key to get back into an individual's normal shape after delivery. “Core exercises that focus on the belly will be helpful in getting the shape back," says Ricciotti.

There is a general belief that most of the changes during pregnancy occur in the middle part of the body.
“A woman’s feet swell up during pregnancy and after child birth, the shoe size might change permanently," says Ricciotti. The American College of Obstetrics and Gynecologists (ACOG) says that an average woman gains between 25 to 35 pounds of weight during pregnancy, which puts pressure on their feet. “This extra weight may flatten the arch of the foot, which increases one's shoe size," said Ricciotti. “Hormone relaxin might also play a role in that it relaxes the muscle ligaments not only in the pelvic region but also in the feet," said Ribaudo. Loose ligaments and increased body weight together pushes down the arch and lengthens the feet.

Many women expect the size of their breasts to increase in size before and after birth. But Ricciotti warns that after child birth and after stopping breastfeeding, the breasts may look saggy and smaller. Many women would have a drop in the cup size after pregnancy and the breasts may look more saggy and smaller with more pregnancies. The risk of sagging breasts increases with a high BMI, greater number of pregnancies, larger bra size before pregnancy, history of smoking, and age.

With pregnancy comes shinier and healthier looking locks. Unfortunately, the newly formed hair is short-lived. It is the higher levels of estrogen that keep the hair shiny, which then ultimately falls out once the levels drop after pregnancy. When the levels of estrogen come back to normal, the hair may also return to normal. Hair loss peaks around three to four months after birth and returns to normal up to 12 months.

Early Signs of Pregnancy You Should Know

Could I be pregnant?