A new study has shown that children born from women who were overweight or obese during pregnancy has a higher risk of getting asthma during adolescence. The study conducted by the researchers from Britain, Finland, and Sweden shows that an individual's weight before pregnancy influences the development of the fetus. According to the researchers, this does not prove a cause and effect relationship.

The results of the study show that children born to mothers who were either overweight or obese had 30% increased chances of developing asthma-like respiratory symptoms such as wheezing. They add that prevalence of asthma among the teenagers has increased substantially since 1970s with up to 37% of them showing symptoms of asthma. The actual reason behind the increase in prevalence is still not clear and environmental factors may play a key role, according to the experts. Another reason might be the fact that the number of overweight and obese mothers have also gone up considerably. 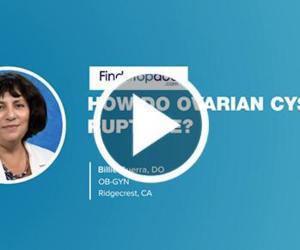 In this study, the researchers studied the respiratory health of 7,000 teenagers, all who were either 15-years-old or 16-years-old, born between 1985 and 1986. Researchers interviewed the mothers of the teenagers regarding their lifestyle, social background, and educational achievements when they were pregnant for 12 weeks. They also collected data regarding the height and weight of the women before pregnancy and the medical history of their parents.

Results, published in the Journal of Epidemiology and Community Health, showed that one out of 10 participating teens had wheezing and one in five of the teenagers had wheezing at least once in their life. Out of the total, 6% of them had asthma and one in 10 of them had asthma at some point. Teenagers whose mothers were overweight or obese before they became pregnant had 20% to 30% more chances of developing wheezing or had asthma. Teenagers whose mothers were among the heaviest had 47% more chances of having severe wheezing. The researchers do say that the study does not show that pre-pregnancy obesity will definitely cause respiratory troubles in children born to them.

Several other studies have shown that pre-pregnancy weight is associated with complications during pregnancy. Obesity during pregnancy will affect the development of the fetus because of changes in metabolism, ovarian or hormone activity. Increase in weight is also associated with increased levels of hormone leptin, which attaches to the receptors found in the lungs of the developing fetus.

Researchers conclude that as per the study results, increase in the rate of children’s asthma and its symptoms may be partly due to the increase in the obesity in the recent years.

Is it safe to have sex in the 3rd month of pregnancy?

What should I avoid during my second trimester?

What do I do when I get a positive pregnancy test?

Track Your Baby's Development Week by Week in the Second Trimester

Can travelling cause a miscarriage?