Thyroid problems are more common among women and are especially prevalent during pregnancy as an intercurrent disease. Despite being common during pregnancy, it can be fairly serious to the health of both the mother and the fetus. 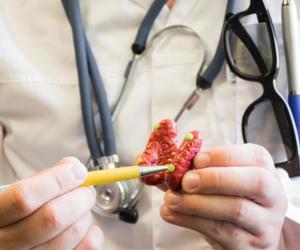 How do thyroid problems affect pregnancy?

There is always an increased demand for thyroid hormones all throughout the pregnancy. The thyroxine hormone (T4) is one of the thyroid hormones that is essential for the development of the neurons in the fetus. At the start of pregnancy, the fetus does not have a developed thyroid gland, so it has to depend on the mother for iodine. Due to this increased need for thyroid hormones, a lot of iodine is lost by the mother through the urine, creating a state of a perpetual iodine deficiency. This condition can lead to hypothyroidism in women who were already at risk.

As the pregnancy continues, estrogen levels increase and acts as a thyroid-stimulating hormone (TSH), increasing the concentration of T3 and T4 in the bloodstream. This state is risky for a woman at risk of hyperthyroidism and can exacerbate symptoms of the condition if they had it before the pregnancy.

If left unchecked, hyperthyroidism can lead to numerous negative effects such as:

If a person suffers from Graves' disease, inflammation of the eyes may be observed. Eyes can look red, irritated, and protruded due to tissue inflammation surrounding the eyes. It is also unclear as to why Graves' disease tends to severely affect cigarette smokers.

Since hyperthyroidism caused by Graves' disease is manifested by the body's autoimmune response, it is believed that the change in the affected person's eyes is connected with it. Having an autoimmune disorder means that your body is attacking your own cells and tissues. Lymphocytes are antibodies produced by the immune system to get rid of foreign substances that can harm our body. In Graves' ophthalmopathy, eye receptors are affected by the lymphocytes, thus, triggering a tissue inflammation surrounding the eyes.

Usually, Graves' disease starts during the first three months of pregnancy (1st trimester). Symptoms start to gradually improve until the expectant mother reaches the last three months of pregnancy (3rd trimester). However, if not diagnosed and treated early, pregnant women with increased thyroid hormones are at risk of having preterm labor and an increase in blood pressure leading to pre-eclampsia.

If hyperthyroidism in a pregnant mother is not treated early on, the unborn baby may be affected in several ways, which include physical deformations, stillbirth, low birth weight, and an increased fetal heart rate also called as fetal tachycardia.

Hyperthyroidism can also affect the fetus. In Graves' disease, there is an excessive production of the thyroid-stimulating immunoglobulins (TSI) by the thyroid gland. These thyroid immunoglobulins or antibodies are able to cross the mother's placenta and affect the fetus' thyroid. For this reason, it is a must for pregnant women diagnosed with Graves' disease to have regular monthly visits to their doctor to ensure their overall health as well as the baby's health.

There is also a caution to pregnant mothers who are under treatment for their hyperthyroidism. Medications such as tapazole and propylthiouracil are antithyroid drugs that can penetrate the placenta and damage the unborn infant's thyroid gland, which leads to the condition called fetal goiter. However, the thyroid drug propylthiouracil poses a less damaging effect on the fetus, making it the medicine of choice compared with tapazole for the treatment of most pregnant women suffering from hyperthyroidism.

Medication to be used during pregnancy

Although radioactive iodine therapy is the most effective for the treatment of hyperthyroidism, it should be completely avoided during pregnancy. The radioactive iodine may pass through the placenta and be absorbed by the fetus, leading to hypothyroidism. Instead, anti-thyroid medications such as methimazole and propylthiouracil (PTU) are recommended for the treatment of hyperthyroidism.

There is no treatment or therapy required for those pregnant women who only have a slight increase of their thyroid hormones. However, close monitoring should be done by the doctor to check if the disease has progressed into hyperthyroidism. If the pregnant mother's hyperthyroidism becomes severe, antithyroid drugs are given. The most preferred choice is propylthiouracil.

For women with adverse reactions to these antithyroid medications, it may be necessary to perform a surgery called thyroidectomy to remove parts of the thyroid. However, surgery is very rare since it can expose the mother and her unborn child to anesthesia.

To address other symptoms of hyperthyroidism in pregnancy such as palpitations and tremors, beta-blockers are used for medication. However, several side effects are observed when these medications are taken. They include:

However, aside from these side effects experienced by expecting mothers, beta-blockers also affect the unborn child’s blood pressure, heart rate, and sugar level in the blood. For this reason, these types of medication are rarely used due to the risks involved. If these drugs are necessary for treatment, they are stopped once hyperthyroidism is under control.

Caring for pregnant women with hyperthyroidism

Which is why such women ought to consult their doctor before becoming pregnant and then keep regular doctor visits to monitor their progress. Fortunately, medication is available for such cases that won’t affect the fetus and will ensure a safe delivery of the baby.

What can I do to live a normal life with diabetes?

Can type 2 diabetes be reversed?

More from FindATopDoc on Endocrine Diseases 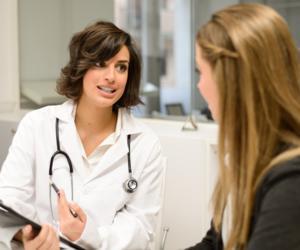 What are the symptoms of diabetes?

What tests should I take to see my thyroid levels?