A warning has been issued by the FDA and the Consumer Product Safety Commission (CPSC) against the use of sleep-positioning devices for babies. About 12 deaths have been reported with the use of these devices in the last 13 years.

FDA principal deputy commissioner, Joshua Sharfstein, reported that the warning was issued to ensure that parents and caregivers are aware of the risks of these devices, so that they will stop the using them immediately. Sleep positioners have risers on each side that are meant to help keep the baby in position while he or she is asleep. Some of the positioners are designed with wedges to keep the baby’s head in a raised position.

How much deep sleep is enough?

Have a question aboutSleep?Ask a doctor now

Earlier, the FDA had cleared many of these products as a means to improve the symptoms of gastroesophageal reflux disease (GERD) and to prevent flat-head syndrome, a condition caused by pressure on one side of the baby’s head. Now, the FDA has determined that the risk of death far outweighs the medical benefits of the product.

Many manufacturers claim that the product aids in the prevention of sudden infant death syndrome (SIDS), a claim that was not approved by FDA. Yet, there is no evidence to support this claim in any of the studies. Now, there is significant evidence to show that these devices increase the risk of death.

Rachel Moon, MD, the chair of the American Academy of Pediatrics Sudden Infant Death Syndrome Task Force, says that parents buy these products thinking that they keep the babies safe, but are risky instead. Most of the infant deaths occurred due to suffocation when the babies rolled from their side to their stomach, and became wedged against the side of the device or between the side of the device and the crib.

Some of the products come with a warning explaining that its use should ideally be stopped when the baby starts to roll during sleep. Rolling generally begins when the baby reaches 4-months-old. Some children may start this as early as 2-months-old. “This makes it difficult for parents to decide whether to use the product or not, as babies can roll at any time”, says Moon.

Deborah Lonzer, MD, chair of community pediatrics at Cleveland Clinic Children’s Hospital, totally agrees with the warning issued against the use of sleep positioners. She is considering adding a warning about the risk in hospitals so that expectant mothers would be aware of it.

The Secret to Weight Loss Is Right in Your Bedroom

The Impact of Sleep Deprivation Has on the Brain

I always fall into a deep sleep, but sometimes I experience...

More from FindATopDoc on Sleep

Why do I feel so drowsy in the mornings? 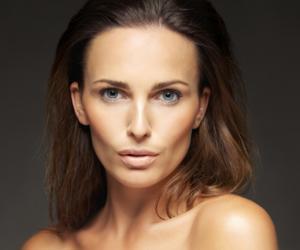 Can insomnia be psychological?