A brief note on diabetes

Diabetes mellitus, commonly called the sugar diabetes, is a metabolic disorder characterized by hyperglycemia (surplus amount of glucose in the bloodstream), glycosuria (excess sugar in urine), ketonuria (excess amount of ketones in urine) and ketonemia (abnormal presence of ketones in the blood). The World Health Organization (WHO) recognizes three main forms of diabetes: type 1, type 2, and gestational. Gestational diabetes occurs in women only during pregnancy. All forms have similar signs, symptoms, and consequences, but different immediate causes. The ultimate cause of all of them is the inability of the pancreatic beta cells to produce sufficient insulin to prevent hyperglycemia. 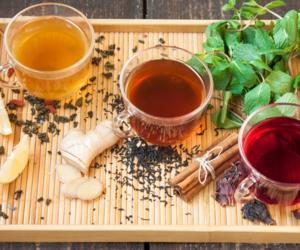 When you eat, your body converts food into glucose/ blood sugar and releases the same into your bloodstream. Glucose, thus released, is utilized by your body to carry out breathing, heart beating and day to day activities. Unutilised glucose is deposited as Glycogen/ store house of glucose. Your body converts glycogen to glucose and utilizes it to carry out various functions when glucose is not readily available in your blood.

Insulin is a hormone that is essential for the utilization of glucose by your body. Diabetes is a condition wherein these processes fail, resulting in high blood sugar levels/ BSL.

High BSL is a result of

What causes a lack of Insulin production?

The exact cause is yet to be known. But, genetics play a role. Diabetes is a disease that runs in families. But, every member need not be affected.

In Type 1 Diabetes, there’s no Insulin production! It’s an auto-immune disease. Your immune system protects you from foreign invaders such as viruses, bacteria, and fungus by destroying them. In Auto-immune diseases, the body mistakes its own tissues to be foreign and destroys them.

Beta cells of Pancreas produce Insulin.The role of insulin in our body is to keep the blood glucose at an optimum level. Glucose is a necessary element as it is responsible for producing energy which is needed for the functioning of the body. For people who suffer from Type 1 diabetes, failure of insulin intake may lead to developing a dangerous condition called 'ketoacidosis.' Here the ketone regulation of the body is affected, and the ketoacid builds up increases thereby decreasing the pH value of blood. As there is excess blood sugar, your body gets rid of excess sugar through urine. As you urinate often, you feel dehydrated. This combination of glucose, ketones and dehydration are called as Diabetic ketoacidosis.

Insulin doses are available in the form of injections. Commonly these injections are administered in the thighs, belly, hip region and the upper hand. Tresiba and inhaled insulin are new types of insulin. Tresiba helps to lower the chances of getting hypoglycemia, and it found sufficient for a long term. Inhaled insulin comes in the form of an inhaler, and it works only for a short duration. The amount of insulin taken should be appropriate with an amount of food consumed. Insulin can also increase your body mass, so adequate exercise and diet should be followed.

In Type 1 Diabetes, body destroys these beta cells. This destruction may take weeks to months to years to completely destroy beta cells.

Environmental factors such as unhealthy food, virus, toxins and chemicals from a polluted environment trigger destruction of beta cells in genetically prone people.

Triggering viruses are: coxsackievirus B, cytomegalovirus, adenovirus, rubella, and mumps

Dietary factors in infants also act as a trigger. Those infants who are exclusively breastfed for longer duration are less susceptible to Type 1, whereas those who had an early introduction to food posed a higher risk.

What causes an Insufficient Insulin production?

Insufficient or abnormal Insulin production is the main cause of Type 2 Diabetes. Again genetics/ hereditary factors are the main reason.

Overweight, excess abdominal fat and physical inactivity could be the main causes of Insulin resistance. Here there’s an adequate amount of Insulin production but body cells such as muscle, liver and fat don’t respond well to Insulin. This prompts Pancreas to produce more Insulin. This increases BSL.

Here’s a list of few more risk factors that make one susceptible to Insulin resistance:

Abnormal glucose production by the liver:

Glucagon is a hormone that facilitates abnormal glucose production by the Liver. Glucagon is seen in abnormal amounts in Type 2 diabetes.

Gestational diabetes is seen in pregnancy only! It usually manifests from 24th to 28th week of pregnancy. The placenta/ umbilical cord hormones are responsible for it. It disappears usually after childbirth but leaves both the mother and baby more susceptible to Diabetes type 2 in later life.

Diabetes is neither contagious (spreads from one person to another) nor caused by eating excess sugar.

Incorporating a healthy lifestyle definitely helps to prevent or delay the onset of Diabetes!

What is the prognosis of diabetic eye disease? 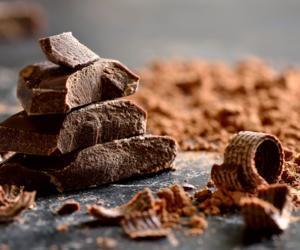 Compound In Cocoa May Delay Onset of Type-II Diabetes 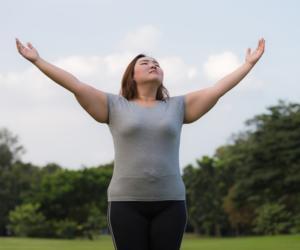 I am diabetic and I feel very hungry. What can I do?

What Are The Symptoms of Diabetes?

How do Type 1 and Type 2 diabetes differ?