What is a mucus plug?

A mucus plug is a thick mucus that seals the cervical canal. It is also known as the cervical mucus plug. The cervix produces a jelly-like substance to keep the area protected and moist during pregnancy. This substance builds up, which creates a plug of mucus. It serves as a protective barrier against bacteria and other infections from entering the womb.

The cervix begins to ripen and soften towards the end of pregnancy, usually weeks or hours before labor begins. At this time, it prepares the cervix for labor. However, losing the mucus plug and the time when labor starts usually vary. Labor may start within hours or days for some women who lose their mucus plug, while others may have to wait for weeks before going into labor. Due to the increased cervical mucus discharge during pregnancy, many pregnant women fail to notice a mucus plug. 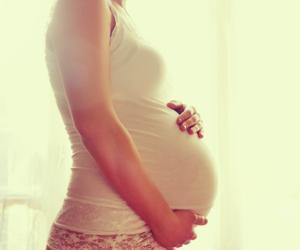 Lupus and Pregnancy: An Improving Outlook 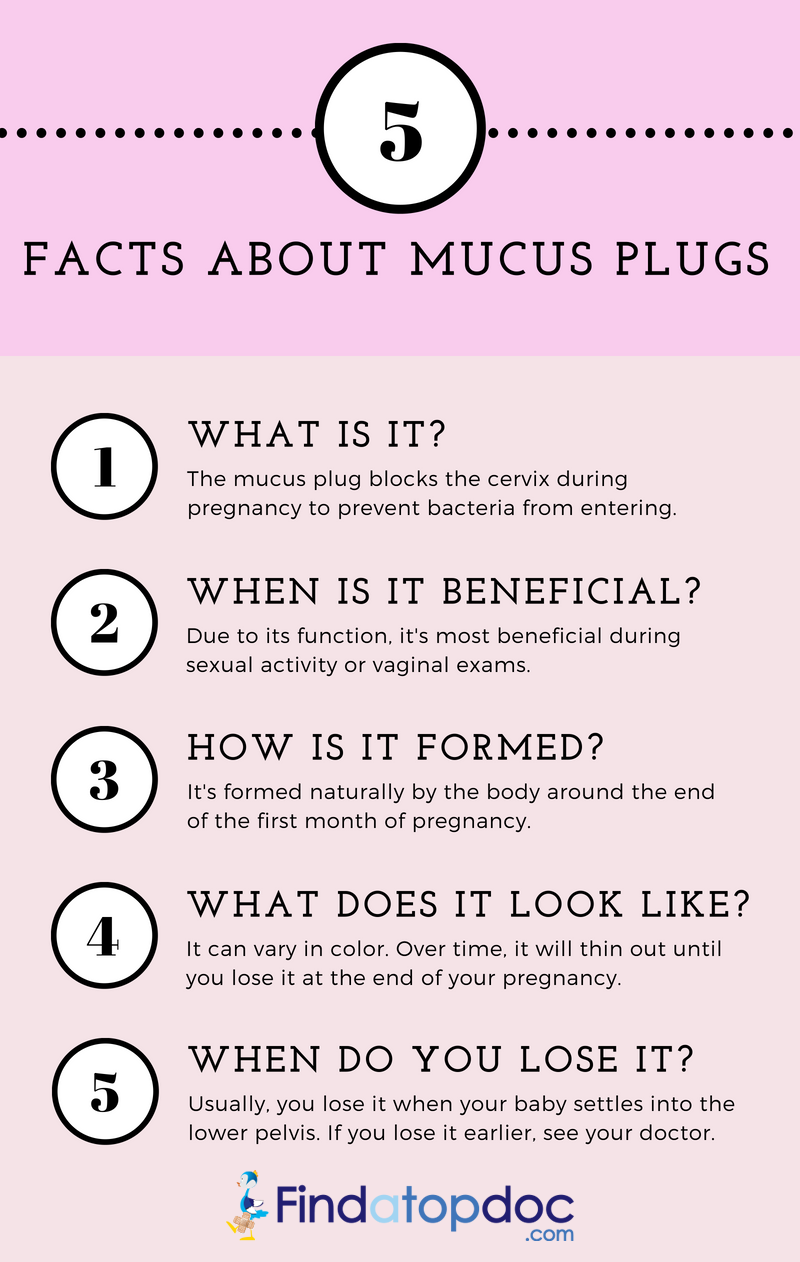 A mucus plug usually appears thicker and more jelly-like when compared to typical vaginal discharges. It may also appear clear, brown, or pink. A mucus plug may also appear slightly bloody. When the cervix begins to become thin and dilates, tiny blood vessels break, which causes the appearance of a blood-tinged mucus.

There is also a variation in the consistency of the mucus plug. Aside from being jelly-like, it can sometimes be a sticky or stringy discharge. When it gets discharged from the body, it can either come out all at once or in bits and pieces.

What to do if the mucus plug comes out?

Healthcare providers can often tell you whether things are fine with you or not just by looking at the discharge. There is no need to perform a vaginal examination when identifying a mucus plug.

When to Call a Doctor

When does a woman lose her mucus plug?

During pregnancy, a mother's body undergoes many changes to accommodate the developing baby inside the womb. Losing the mucus plug indicates that labor has begun or may begin anytime soon.

Every woman’s body is different and every time she has a baby, her labor experience is also different. One of the signs that labor is near is losing the mucus plug. If you do not experience any contractions and already lost your mucus plug, then try to calm and relax yourself. Save your energy for more active stages of labor.

It is difficult to predict when will pregnant women lose their mucus plug since every woman's body is different. As soon as the cervix softens and ripens, the mucus plug loosens and falls out. The cervix then begins to dilate. Thus, losing the mucus plug is the body’s way of preparing you for labor and childbirth.

For first-time mothers and women who have already given birth, losing the mucus plug is slightly different:

When will labor begin?

Losing the mucus plug is a sign that the cervix is dilating and the body is preparing for labor. However, the duration varies. After the detachment of the mucus plug, it may take hours, days, or weeks for labor to begin.

When your mucus plug has been dislodged, you may notice a bloody show. It is usually a sign of an impending labor. A bloody show normally increases in amount as labor starts and progresses. As your cervix continues to dilate, more bloody discharges can be seen due to broken capillaries.

It is definitely normal to have blood in the mucus plug. However, seek immediate medical attention if you have the following conditions:

What needs to be done?

First, do not panic and try to remember the following signs:

While waiting for labor to begin, try the following preparations:

Every woman experiences different signs of labor. You will not know when labor will start, but some physical changes might help you recognize the early stages of labor:

Every woman experiences different signs of labor. You will not know when labor will start, but some physical changes might help you recognize the early stages of labor:

Concerns About the Mucus Plug

Normally, women may lose their mucus plug between 37 and 42 weeks of gestation. However, it might also happen right before delivery. Some may lose it during early pregnancy while some may lose it later. Even though it is expelled out early, the body creates more mucus plug to protect the baby. The body gets rid of the mucus plug once estrogen has reached its peak. Estrogen helps to thin the mucus plug so that it can be eliminated.

Does pregnancy cause constipation?

Will having a cold while pregnant harm the baby?

Is pregnancy safe for women with heart issues?

How do I know if my baby is healthy during pregnancy?

Can a baby feel when you rub your belly?

Can she get pregnant?

Is it safe to have sex in the 7th month of pregnancy?