Dentist (Pediatric) Questions Lactose Intolerance
My son is 7 years old and is lactose intolerant. Will the calcium deficiency impact his teeth in the long run? Is there anything we can do? 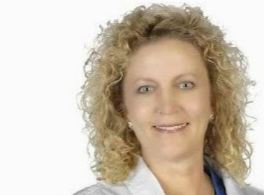 Barbara J. Utermark Dentist (Pediatric) Augusta, GA
There are many sources of calcium, and children should be able to get enough through other dietary sources. Your pediatrician should have some advice or you can see the ADA (American Dental Association) site for more info. Some examples of non-dairy calcium-rich foods are soybeans, peas, lentils, kale, broccoli, and almonds.

Dr. Carolina Sanchez Dentist (Pediatric) Humble, TX
Not really, baby teeth are formed in utero along with some permanent teeth, some others are formed either when their newborns and toddlers, while they’re forming they’re getting all these vitamins, ions and minerals from mom for their formation, what may happen is that when babies suffer ear, respiratory or other type of infection, antibiotics are given when some of these teeth are being formed and may disturb the enamel formation. When these teeth erupt you see them with whitish, yellowish or brownish discoloration which are known as enamel hypoplasia Or enamel hupocalcification which means that the enamel is far weaker than the regular one. Good oral hygiene habits and good healthy diet can prevent decay and further enamel destruction

The concern in a dairy-free diet is the lack of calcium and vitamin d intake. Calcium is important for many bodily functions, including heart health, nerve function, and keeping teeth and bones strong. Vitamin D helps promote absorption of calcium in the body. At seven years old, your son has many permanent teeth that are in stages of development right now, so it is important to make sure he is getting enough calcium in his diet so that these teeth grow strong. It is also vital in the health of the gums and bones that support the teeth. Calcium intake is important throughout life!

Many people who are lactose intolerant are also calcium deficient, but luckily there are many other natural non-dairy sources of calcium, such as dark leafy greens (like kale and spinach), seeds, beans, lentils, tofu, and almonds. You may also consider using a daily supplement. The National Institute of Health recommends 1000mg of calcium per day for your child's age group. I would recommend checking with your pediatrician prior to beginning any dietary supplements.
I hope this helps.

I don't believe lactose intolerance can cause weak teeth unless the kid is not taking any other sources of calcium. You may want to test for calcium deficiency. There are plenty of ways to add calcium to diets. Please check with a pediatrician in that regard.

Elizabeth ODell Dentist (Pediatric) HURRICANE, West Virginia
It surely can. I would make sure he get's enough calcium in his diet through other means such as soy milk or almond milk with added calcium. Fluoride use through his toothpaste and water source are also equally important!
Daniel K. Seetin Dentist (Pediatric) Everett, Washington
Yes, there are plenty of things to do! It also depends on if your son actually is calcium deficient or not. Just the act of not drinking cow's milk doesn't guarantee he is deficient in calcium. It's possible, theoretically, that a real calcium deficiency could have an impact on the strength of the developing enamel (outer layer of the teeth), but the good news is it probably wouldn't be severe unless the calcium deficiency were very severe. At 7 years old, many of your son's permanent teeth are still growing in his jaws, so maintaining good calcium can be beneficial to the teeth's development. WHAT TO DO: There are lots of other foods that you can incorporate into your son's diet (and/or providing him children's vitamins containing calcium) that would supplement his calcium intake to replace what's missing without drinking milk. Foods such as beans, almonds, collard greens, spinach, kale, and edamame (young soybeans like Japanese restaurants serve and can be found at Costco) all have a good amount of calcium in them. According to their nutritional facts, 1 cup of Silk almond milk has 45% Daily Value of calcium. Be aware, however, that Silk (and other non-dairy milks) often have a higher amount of sugar in them, so he should drink it with meals and not in between meals - in between meals we all should drink water only. Otherwise, a diet with more frequent exposure to sugars can increase the risk of cavities.
Dr. Robert W. Fattouch Dentist (Pediatric) Poway, CA
Unless your child has a specific syndrome there is no relation between lactose intolerance and weak teeth. You can get calcium from other non-lactose sources.

Dr. Gary David Sabbadini Dentist (Pediatric) Pinole, CA
If your child has no calcium in his diet, the teeth can be affected as calcium is one of the minerals that make up teeth. You can give him non-dairy foods and beverages that have calcium:

Dr. Medina Diana Dadurian Dentist (Pediatric) Paramus, NJ
This is always a concern for tooth and bone development. Some children do outgrow their intolerance as they hit puberty. There are other foods that are calcium-rich. The key to unlocking their availablity and absorbtion is the concept of food pairing. For example, certain cheeses taste better with a tomato or a drizzle of balsamic vinegar; but more importantly, the acidity from the tomato helps unlock the calcium in the cheese for the body to process and utilize.

Dr. Scott Amer Dentist (Pediatric) Hewlett, NY
The short answer is no.
Permanent teeth start to develop slightly before birth and afterwards, so a lot is dependent on prenatal and early feeding habits. The strength of the teeth is more genetic in nature, but prevention will help protect the teeth. The importance of calcium in good bone development (including the jaw bones) is very important, but remember, cows milk is not the only (or best source) for calcium, after all, your son is not a calf, but a human (I am not a big fan of cow's milk). Great sources of calcium include broccoli, kale (and other dark green veggies), beans, and fish. Also, some OJ and non-dairy milks are calcium fortified!
Eat healthy, brush after meals, and smile, smile, smile!!
MARC THOMAS Dentist (Pediatric) Parker, CO
There is no published data to answer your question so this is my personal opinion and draws from my patients that are lactose intolerant. There are many common non-dairy sources of calcium such as orange juice, soy milk and enriched flour. I would look at the dietary information on the breads and cereals that are being eaten and it is probably a sufficient amount of calcium. You also want to check to make sure that Vitamin D is optimal. From a dental standpoint, the lactose intolerance should not affect his long-term dental health as long as his calcium and fluoride are optimal, he avoids sweets and brushes and flosses well. There are common cavity preventive strategies that your dentist can share such as sealants, fluoride varnish and regular check-ups.

Is lactose intolerance a lifelong condition?

How effective are lactase enzyme tablets for lactose...

Can I take an anti-allergy medication and a paracetamol...