Ear-Nose and Throat Doctor (Pediatric) Questions Parotid Gland Cancer
I was diagnosed with a paraotid gland tumor by CT scan and the FNA said that it was a pleomorphic adenoma- which was benign. I have my surgery scheduled in one month where they will remove my parotid gland. Even though it came back benign, I wanted to know how accurate the FNAs are. I am afraid that when they do the full pathology after surgery it will be something malignant. If they saw pleomorphic adenoma cells in the FNA- is that reliable that I don't have cancer?

Dragana Pilavdzic Pathologist | Anatomic Pathology & Clinical Pathology Oshawa, Ontario
It is accurate but until you remove the entire tumor you may not know since sampling may miss very rare possibility of (about 6%) carcinoma ex pleomorphic adenoma or even more rare areas of carcinosarcoma arising in pleomorphic adenoma. The most important advice I have for you is to let you know that you MUST think positively and all will be good. Statistically you have a low probability to have a malignant tumor, assuming your cytopatholgist is correct. Good luck with surgery.

Dr. Julio Alberto Ibarra Pathologist Fountain Valley, CA
The diagnosis is quite accurate but there is always the issue of a sampling problem. Statistically, the chances of a correct diagnosis of a pleomorphic adenoma are great but the final diagnosis will come with the examination of the excised tumor. 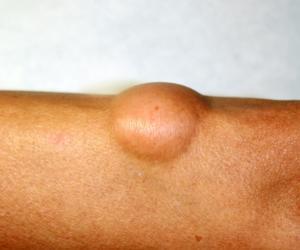 What Is Lipoma: Causes, Lipoma Removal, and What’s...

Dr. Renee B. Thomas Pathologist Camden, SC
There is always the risk of surgery showing something that the FNA did not primarily due to sample size. In my experience, FNAs of pleomorphic adenomas generally match what is found in surgery. Even though the tumor is benign, it needs to be surgically removed. Also, there is a higher probability of parotid gland tumors to be benign than malignant. Pleomorphic adenomas are the most common benign tumors in the parotid gland.

Dr. Lester D. r. Thompson Pathologist Woodland Hills, CA
FNA is a very good screening technique, and the findings for a pleomorphic adenoma are usually quite unique and specific. Importantly, though it is a screening test, and this is why it is a guide to having surgery. Depending on your age, how long you have had symptoms, what the tumor looks like on imaging findings and the overall size, there is a low, but still possible, risk that cancer may be found within the pleomorphic adenoma (<10% chance). But, pleomorphic adenoma is the most common salivary gland tumor (80% of all tumors), and so it is usually not a high chance there is anything else present.

Newton A. Sampaio Pathologist Phoenix, Arizona
The diagnosis is correct.It is a begnied tumor.
The problem however is the small size of the sample obtained with FNA's

Dr. Rania Hassan Younis Pathologist Baltimore, MD
The FNA showed tumor cells, whether it turns out to be Pleomorphic adenoma or another tumor on excisional biopsy, surgery is the right thing to do at this point , final diagnosis is rendered after excisional biopsy 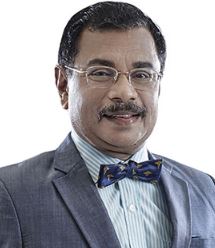 Pathmanathan Rajadurai Pathologist
It is about 80 -90 % reliable. Most pleomorphic adenomas are cured by surgery, a small percentage will recur as benign tumours, usually as a result of the initial tumour not being excised completely in the first instance. The complete absence of malignancy in a recurrent pleomorphic adenoma can only be determined after definitive surgery. 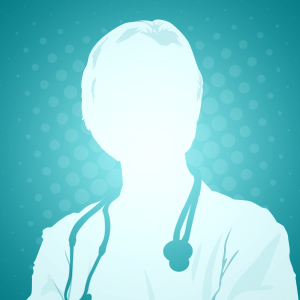 Jeff Sims Pathologist
FNA is generally accurate in making a diagnosis of pleomorphic adenoma. However, it only samples a very small fraction of the lesion. There is no way to be 100 percent certain that there is no malignancy until the tumor is examined after surgery. With that said, chances are well in your favor of the diagnosis and of no malignancy being discovered. 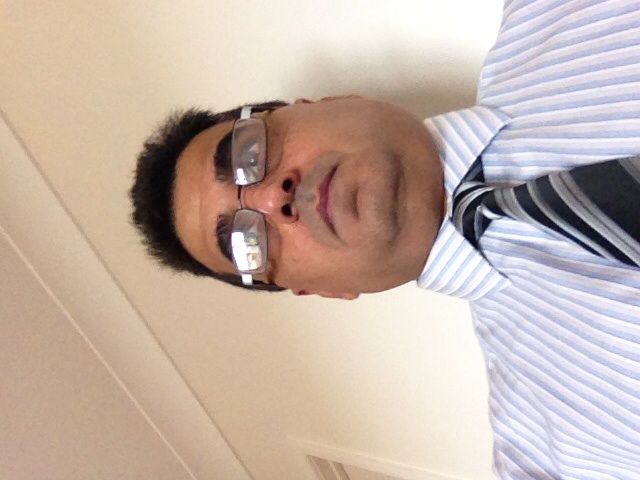 Farid S. Zaer Preventative Medicine Specialist | Preventive Medicine/Occupational Environmental Medicine Redcliffe, Queensland
Generally the FNA is read as single cells in a background where there is separation of each cell from the other, however most good pathologists will make cell blocks that re-capitulates the original features of a pleomorphic adenoma. If this lesion is growing and although it is benign then it is better to have it removed, because of its unsightly appearance and growth that can cause compression effects in some cases. The pathologist doing FNAs generally are well qualified and also co-relate the Blocks, and slides with the clinical features and Ultrasound and CT scan or MRI findings before they render such a diagnosis.Surgery is a good option for a enlarging unsightly growth.

Vinit Patil Pathologist St Louis, MO
FNA of pleomorphic adenoma is fairly accurate if you have a small tumor and enough material to look at under microscope. Even though the diagnosis of pleomorphic adenoma is benign but there is a small (5-10%) chance that it might be associated with carcinoma/malignant cancer or it might transform into one. Also it may recur. This chance depends on the size, location, clinical and gross characteristics, and genetics. If the tumor is well cicumscribed and located in the superficial lobe of the parotid gland, is smaller than 5 cm and is completely excised then the chances of recurrence or malignant transformation are very very low. Hence, it is usually recommended to excise it completely.
Susan E. Harley Pathologist Mobile, AL
Fine needle aspiration cytology (FNAC) is a generally reliable, minimally invasive diagnostic method with a high sensitivity in diagnosis of lesions in parotid glands. It does provide excellent distinction between benign and malignant parotid tumors.

Evidence of reliability of FNAs for parotid lesions is as follows:

There was a retrospective study performed in 2016 that looked at over 100 cases of parotid tumors that had been diagnosed over the past 10 years. Over 90 of them were initially evaluated by FNA; this study compared their initial FNA diagnosis to the final diagnosis made after the tumor was surgically removed. Pleomorphic adenoma (PA) was the most common neoplasm identified (found in 63% of cases), followed by other benign neoplasms and, less commonly, malignancies. The overall accuracy of FNAC for parotid masses was estimated to be 95%.
“False-negative diagnoses were found in mucoepidermoid carcinoma (n=1; 1.4%), acinic cell carcinoma (n=1; 1.4%), and epithelial-myoepithelial carcinoma (n=1; 1.4%) whereas there were false-positive diagnoses in cases of pleomorphic adenoma (n=2; 2.7%) and in normal parotid tissue (n=1; 1.4%).” (Gudmundsson et al.)*
In this case, “negative” is a shortened version of “negative for malignancy,” meaning benign; “positive” is short for “positive for malignancy.” A false negative means that the case was (on FNA) initially diagnosed as benign, but on final pathology was malignant (so in the above paragraph, for all the cases where the final pathology was mucoepidermoid carcinoma, 1 case was initially diagnosed falsely as “negative for malignancy” or benign, but when resected turned out to be a mucoepidermoid cancer, which is a malignant tumor). A false positive means that the case was initially diagnosed as malignant (with FNA), but on final pathology was found to be benign. The tumors found to be pleomorphic adenomas did have 2 cases falsely identified as malignant on FNA which on resection were found to be benign; no cases in this study that were diagnosed by FNA as benign were found to be malignant.

Based on the above study, the evidence shows that FNAs are excellent at diagnosing parotid tumors, including PAs, and that their findings of “benign” versus “malignant” are overall very reliable.

Thank you for your question. Please let me know if I can assist you or answer other questions in the future.

Is a CT scan more accurate than an X-ray?

What is a CT scan used to diagnose?

Is CT scan done under general anesthesia for adults?