Plastic Surgeon Questions Plastic Surgery
Are there any kinds of risk factors associated with plastic surgery? If yes, could you please highlight a few? I am thinking about getting breast implants and I want to know everything I can before going to a local doctor. 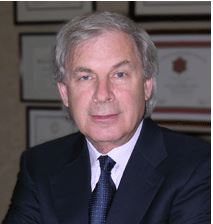 Dr. Peter L. Schwartz Plastic Surgeon Woodbury, NY
Thank you for this question. All surgical procedures can be associated with risks, but measures can be taken by surgeons and patients to really minimize these risks. For further information about breast augmentation, you should see a board certified plastic surgeon(s).

Boris Volshteyn Plastic Surgeon West Long Branch, NJ
The decision to have plastic surgery is extremely personal and you will have to weigh the potential benefits in achieving your goals with the risks and potential complications of breast augmentation. Only you can make that decision for yourself. You will be asked to sign consent forms to ensure that you fully understand the procedure and any risks and potential complications. Possible breast augmentation surgery risks include:

These risks and others will be fully discussed prior to your consent. It is important that you address all your questions directly with your plastic surgeon.

How is eyelid surgery done? 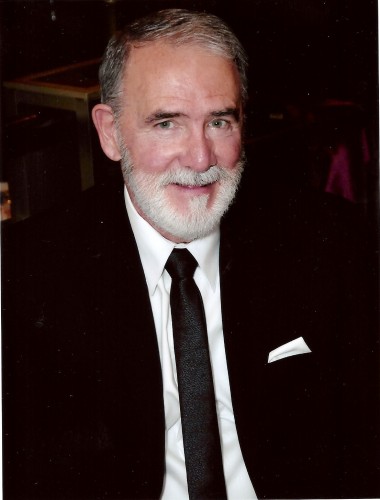 Mr. Frank J. Ferrin Plastic Surgeon Coral Gables, Fl
breast enhancement has come a long way over the lat 20 years. Better quality implants salience with a silicone core are the latest. Well trained plastic surgeons are capable of hiding scars and making the results quite attractive without any significant problems, however, there are issues for some patients with encapsulation, fibrosis, displacement and so on. Thick scars or keloids may form in those patients that are prone to such scars. Anesthesia is usually light sedation, not general. Antibiotics and good postoperative care should take care of the rest. good luck! 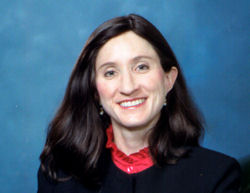 Dr. Julie E.E. Kupersmith Plastic Surgeon New Rochelle, New York
There are many potential risks of any surgery, including plastic surgery. The most common risks are bleeding, bruising, swelling, infection, risks of anesthesia, and allergic reactions. There are many additional risks too numerous to list. Breast implant surgery have some additional risks of capsular contracture, implant rupture, implant malposition, and extrusion. Speak with your local doctor for your specific risks. 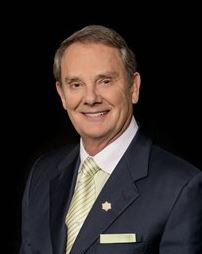 Dr. Christian Drehsen Plastic Surgeon Saint Petersburg, FL
as for any surgery there are some risks that you will sign on in your surgery consent ,declarinng that you understand and accept them
.Despite our best efforts ovr the last 50 or so years breast implants main complication (a nuisance more than a true risk) is "capsular conracture" which is a reaction of your body to your implant that results in a thighter envelopping layer , lining up the pocket around th implant and making it feell firmer >It may even affect its shape and sometimes become uncomfortable .While some improvements have appeared over the years we have not been able to eliminate this risk completely remaining at 3 to 5%.Seriou complicatrions are very rare for the right patient and technique and also with properly trained plastic surgeon .. 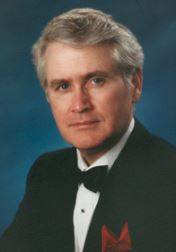 Dr. Grant R. Fairbanks Plastic Surgeon Salt Lake City, UT
Risk factors associated with breast augmentation include: Infection, extrusion, displacement, asymmetry to name a few. I reviewed all risks with my patients so that they understand the procedure there about to undergo. 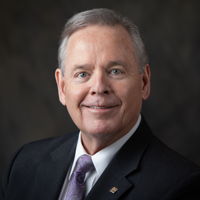 Dr. David Clayton Plastic Surgeon Midvale, UT
Breast augmentation is a very common surgery. As with all surgeries, there are risks. The most common complication after breast augmentation is called capsular contracture. Our bodies have only one way to heal after a surgery - by forming scar tissue. There is a thin layer of scar tissue that forms around any breast implant, whether over or under the pectoralis muscle. A contracture happens if the natural scar tissue that surrounds your implants begins to shrink, squeezing on the implant and making it feel too tight. It may feel like the implant is going hard, but the implant itself never goes hard, it's just the scar tissue that may squeeze on the implant. If that happens, there are nonsurgical things that can be done, but it sometimes requires a surgery to reopen the scar and restore natural softness. If capsular contracture occurs, it will usually happen within the first year, although it can happen at any time. The exact reason why the scar tissue contracts is not fully understood. Capsular contracture rates may vary, but in general, there is at least a 10% or greater chance that an uncomfortable degree of firmness may develop sometime in the implant's lifetime.

Immediately after surgery, the most common complication is bleeding. Perhaps a small vessel which was controlled at the time of surgery would reopen and begin to bleed after you get home. What you would notice is a dramatic swelling of the affected breast. Even the nipple may turn blue, and pain increases. This complication is usually not dangerous, but if left untreated, it would not heal properly, so surgical intervention is usually required. This is a simple opening of the affected breast, removing the implant for a moment while the vessel is controlled, then replacement of the implant, and closing the incision. This complication will happen to about one patient in 60. While many surgeons offer correction of a hematoma (blood around the implant) without additional charge, there is usually a cost involved with the use of an operating room, or for an anesthesiologist or nurse anesthetist to put you to sleep for the procedure. These costs are usually outside the control of your surgeon.

Infection is a rare complication after breast augmentation. Most surgeons use antibiotics during and for a short period after the surgery as a preventative. Also, many surgeons place a disinfectant solution around the sterile implant at the time of surgery to further minimize this risk. Although extremely rare, if a significant infection were to occur around the implant, oral antibiotics may have a hard time eliminating the infection, and it may require that the implant be removed. Then the infection is cleared, and several weeks later, the implant would be placed again. I stress that such a complication is rare. I have been in practice for 37 years, and have seen a significant infection after augmentation surgery only once.

Placement of breast implants may stretch or damage sensory nerves to the nipples or areolae causing numbness. Usually the sensation returns, but occasionally, longer lasting numbness of the tissues can persist. This complication is also quite uncommon. To a degree, this risk is greater the larger the implant that is placed, since larger implants put more stress on the nerves. Most surgeons are careful to watch out for those nerves, and minimize this risk.

This risk of implant rupture has largely gone away these days with the advent of highly cohesive gel which doesn't leak out, even if an implant becomes ruptured. Have your doctor demonstrate for you the characteristics of the gel in the implants you are going to have placed. I often show patients a gel implant that has been cut in half. Holding it upside down, nothing leaks out! Modern implants are also very strong, and the risk of rupturing an implant during even contact sports or having a mammogram are extremely small. Of course, if you choose a saline filled implant, there is a greater possibility that such an implant could eventually fail, in which case the breast would simply deflate overnight as the saline leaks out and is absorbed. This is not a medical emergency, but it IS a cosmetic emergency!

I hope this information has been helpful. I wish you All the Best!

Dr. Tito L. Vasquez Plastic Surgeon Southport, Connecticut
There are many potential risk factors associated with plastic surgery. However in most people complications are extremely rare. Some of the more common complications are bleeding, infection, asymmetry, implant malposition or failure or rupture, capsule contracture, or need for additional surgery. However all these complications are explained in consultation and are rare. The risk of complications for all these issues should be less than 4-5% in elective surgery. Factors which can increase the risk of plastic surgery include obesity, diabetes, heart or lung conditions, and endocrine conditions, or poor expectations regarding plastic surgery. That being said, the chances for high satisfaction and excellent outcomes are very high. A full consultation by board-certified plastic surgeon will help you make a good decision for yourself. 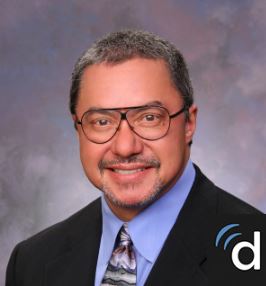 Dr. Julio L. Garcia Plastic Surgeon Las Vegas, NV
There are risks right after the surgery like bleeding and infection. Luckily, they are very rare. In terms of the long term, there are issues such as capsular contracture, where the tissue around the implant shrinks and makes the breast feel firm or hard and painful. There is also the risk of the implant breaking or leaking. The chances of that seem a little higher in saline implants than silicone filled implants. There are other normal things that can happen but I would not consider them risks in the traditional sense 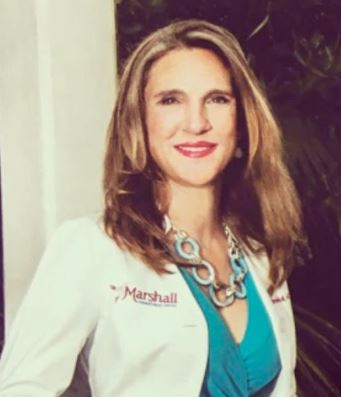 Dr. Deirdre Margaret Marshall Plastic Surgeon Miami, FL
The main risk factors of breast augmentation are post-operative bleeding or infection. These problems are rare. Later issues which can arise are malposition of the implants (their moving out of their original position) and capsular contracture (tightening up of the scar tissue envelope around the implants).
Dr. Jennifer Newman Keagle Plastic Surgeon Los Angeles, CA
That is a good question. The most important thing to do is to find a board-certified plastic surgeon. You can look for one locally on plasticsurgery.org. They should be able to answer all of your questions about the potential risks (and benefits) of your operation.

Dr. Edward Scott Kole Plastic Surgeon Southampton, PA
There are several important risk factors for breast augmentation surgery. They include bleeding, infection, and hard scar (capsular contracture). These can be minimized by choosing a board-certified plastic surgeon with many years of experience, having your procedure done in a licensed Ambulatory surgical center or a hospital and following strict preoperative and postoperative instructions.

Dr. Ervin Daniel DeLoach Plastic Surgeon Savannah, Georgia
Most common risk factors are bleeding, scaring, infection and implant asymmetry. Ask your surgeon if you have special risk factors. Fortunately overall the risk of each of these is low and reoperation is lower yet.

More from FindATopDoc on Plastic Surgery

What is the best age for face lift?

Do you have a scar after liposuction?

Do I need surgery to remove my stretch marks?