Pediatric Neurological Surgeon Questions Neurologist
My 4 year old daughter has self-harm behaviors when she can't express herself correctly. What does this mean?

Mrs. Michelle Denise Hanson Pediatrician Pasadena, TX
From what you have written it sounds like frustration due to a lack of communicating with you. She may need to be evaluated by Psych to provide her with ways to express herself.
Peter Sangra Adolescent Psychiatrist | Child & Adolescent Psychiatry Santa Teresa, NM
I think I would want to know, what self harm? This is a very young age for self harm, I assume biting oneself. There are medical disorders associated with self harm, please get her evaluated to make sure that she has no medical disorder or inherited conditions that can cause such.
Take Care.

Is there any treatment for tension headaches?

Have a question aboutNeurologist?Ask a doctor now
Dr. Katherine McKernan Speech-Language Pathologist San Diego, CA
It sounds like your daughter may be frustrated by her difficulty communicating. You should find a pediatric speech-language pathologist who can support your family. 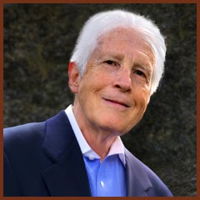 Darrell Lauer Speech-Language Pathologist New York, NY
It is very likely that she has severe frustration when she has issues expressing herself correctly. A speech therapist AND a psychologist would be important in helping your daughter overcome this dangerous condition. An evaluation should happen ASAP to discover how to help your daughter. A college or university in your area that offers a master’s degree in speech pathology would be the best place to begin. If there is not a place to offer this degree, then contact your board of education for a recommendation. Also your child’s pediatrician might be a good research for her condition. Good luck and best wishes, Darrell Lauer m.s. CCC/SLP
Bettina Miller Speech-Language Pathologist SANTA ROSA, California
Your daughter is frustrated that either what she wants to say is not coming out the way she wants, she doesn't have the words she wants to use at that moment, or she is having difficulty getting the words she has out (possible stuttering behaviors).
Dr. Jamal Taha Surgeon Dayton, OH
Thank you for your question. There are several developmental and non-developmental causes for such a behavior and those fall under the expertise of a pediatric neurologist. I recommend seeking such an opinion.
Wish you the best

J. Taha
Scott Carroll Adolescent Psychiatrist | Child & Adolescent Psychiatry Albuquerque, NM
She may not have the words to express how she feels yet. Also, strong emotions often "short circuit" their brain so they can't think clearly enough to find the words that they could use if they were calm. Focus on comforting her and helping her calm down so she can then express herself. They generally grow out of this behavior as they get older and better at expressing what they want.

There are rare, but more serious causes of this behavior such as Autism Spectrum Disorder (ASD). However, children with ASD have a host of other difficulties besides self-harming behaviors such as prolonged tantrums that can last an hour or more, delayed language development and difficulty with social interaction and recognizing facial expressions. They also tend to have rigid adherence to patterns or routines and severe tactile sensitivity. If she has any of these issues, please talk to your pediatrician about getting an evaluation for ASD.

More from FindATopDoc on Neurologist

Why does my knee feel numb and tingly?

I still have spinal pain after spinal tap?

How can I prevent a stroke?