Endometriosis is a chronic condition that occurs when the endometrium (the type of tissue that lines the uterus) grows outside the uterus. With every menstrual cycle, the clumps of tissue, known as the implants, go through the same process. They build up, break down, and cause bleeding that the uterine lining goes through. For this reason, endometriosis pain may start off as mild discomfort and it is usually gone by the time the menstrual cycle is over. However, when an implant grows in an extremely sensitive area within the body, it can cause persistent pain because the growth has no way of leaving. Unfortunately, there is no way to determine whether endometriosis will worsen or improve. Some women may experience mild to severe symptoms, while others may experience none whatsoever. 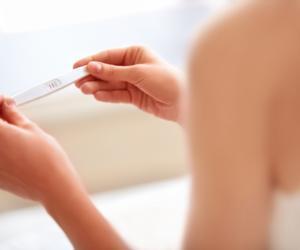 The relationship between endometriosis and ovarian cancer

According to statistics, the main difference between endometriosis and ovarian cancer is a woman’s age. Endometriosis affects women in their reproductive years, while ovarian cancer is generally seen in postmenopausal women. A recent study, known as the Shizuoka Cohort Study on Endometriosis and Ovarian Cancer (SCSEOC) Trial, was conducted on 6398 subjects at 212 participating hospitals in Shizuoka, Japan. The risks of ovarian cancer were assessed in all 6398 women with ultrasonographically diagnosed ovarian endometriomas. The study found that 46 out of 6398 women developed histologically proven ovarian cancer and were operated on during the follow-up period. Moreover, clear cell carcinoma (39%) and endometrioid adenocarcinoma (35%) were commonly observed among women with ovarian cancer. Researchers arrived to a conclusion that certain endometriosis lesions may indicate a predisposition toward the development of clear cell and endometrioid ovarian cancers. Factors that seemed to play an important role in the development of these cancers were advancing age and the size of the endometriomas.

Findings on ovarian cancer have advanced in recent years. Researchers have found that ovarian cancer is not just one type of cancer, but rather a compilation of several diseases. The most common type of ovarian cancer is epithelial ovarian cancer and it can be broken down further into 5 groups: clear cell, endometrioid, mucinous, serous, and undifferentiated. Each group is unique in its own way and has a different pathology.

Although endometriosis and ovarian cancer are two separate conditions, there are findings which suggest that advancing age and endometriosis increase the risk of developing ovarian cancer in the long run. However, it should be stressed that the increased risk is small. While the association between the two conditions is not entirely understood, researchers hypothesize that because endometriosis is the reason for infertility in over 50% of women who cannot get pregnant, the reasoning may have to do with never having given birth.

The puzzling issue relating to endometriosis is that both treated and untreated endometriosis can lead to ovarian cancer. Researchers are still figuring out as to why some women develop the cancer and why others do not. They have noted that particular genetic mutations can in fact lead to the development of ovarian cancer, although further research needs to be conducted.

Given the link between endometriosis and ovarian cancer and seeing as how there is no cure for endometriosis, it is important that you see your gynecologist on a regular basis. If, for any reason, you suspect you may have ovarian cancer or you experience painful symptoms, there are several tests that your doctor may recommend to rule it out. Such tests include the following:

The symptoms of ovarian cancer can be easily misinterpreted with those of other medical conditions such as irritable bowel syndrome or urinary tract infection. For this reason, if you experience particular symptoms such as persistent pain, bleeding, or severe abdominal pain, you should see your doctor right away in order to diagnose your condition at its earliest stage. Furthermore, if you have a personal or family history of ovarian, uterine, colon or breast cancers, you may want to consider undergoing regular check-ups and seeking guidance from a genetics counselor.

There is no way to prevent aging or endometriosis, but you can reduce your chances of developing it by keeping your estrogen levels at a lower level. To do so, you should:

If you have endometriosis, there are several factors that must be taken into account before determining an individualized treatment plan for your condition. Such factors include your age, the severity of your symptoms, and whether or not you plan on becoming pregnant. Your doctor may recommend:

Endometriosis can be a rather difficult condition to deal with and it is only natural to feel both physically and emotionally exhausted. Apart from support from your doctor and your family and loved ones, you may find it helpful to seek out help from a support group. Sometimes, it can be easier to discuss your condition with other individuals who are going through the exact same thing you are. Furthermore, learning to manage the stress in your life is essential when you are living with chronic pain. Stress may be unavoidable at times but the various stress factors that affect your daily life can be managed. Do things that you take pleasure in when you are feeling well and practice complementary therapies to traditional treatment. Most important, always listen to your body and know when to recognize that something does not feel quite right. 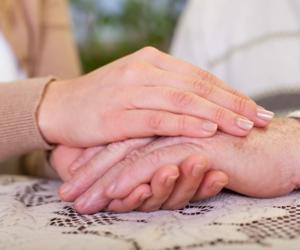 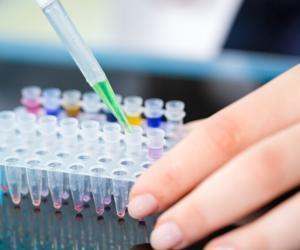 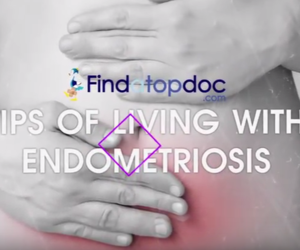 Tips on Living with Endometriosis