According to a new study published in the Journal of the National Cancer Institute, about 50% of women who get annual mammograms may have at least one false positive reading, and these women may have a higher risk of developing breast cancer. In this study, conducted by Danish researchers, women who had at least one false positive mammogram were more likely to develop breast cancer, when compared to women who did not have any such events.

This difference in risk between women who had and who did not have a false positive mammogram was not seen after the year 2000, and this may be due to the advances in mammography screening technology, which resulted in more accurate assessment. According to breast cancer specialist Stephanie Bernik, MD, chief of surgical oncology at Lenox Hill Hospital in New York City, this study finding very reassuring for women who are being screened now. She feels that innovations in the technology of screening have led to better detection of cancer and also reduced the number of false-positive detections. Have a question aboutMammogram?Ask a doctor now

Many people believed that women who have more activity in the breast, which results in a false-positive mammogram, may also have an increased risk of developing tumor in the breast. But, Bernik refuses to agree with this suggestion. Women with positive and false positive mammograms will undergo further mammograms or ultrasound followed by a biopsy to confirm or rule out breast cancer.

False-positive mammograms are common in women with dense breasts and also in women who has benign tumors, calcium deposits, thick skin, newly retracted nipples, or suspicious lymph nodes. Some studies suggest that women with these characteristics have an increased risk of breast cancer. However, it is still unclear whether this suggestion is true.

In the present study, researchers from the University of Copenhagen analyzed the data from 58,000 women who had mammograms in the country between the years 1991 and 2005. The results showed that a false-positive mammogram is associated with a 67% increased risk of breast cancer. However, for women who were screened after 2000, the increase in risk of developing cancer was half of that of women who had mammograms in the mid-1990s.

According to experts, after the year 2000, false-positive detections decreased and cancer detection increased. “If the increased risk remained even after several years of screening it may suggest that the breast characteristics that cause false positives may be associated with increased cancer risk”, she explains. Bernick feels that even if other studies confirm the result, it is not clear whether it is applicable to women in America, especially because a higher number of patients in America are called back for a second look or biopsies after the initial screening.

The nature of the healthcare system in other countries may have a low threshold for calling back women for a second screening, and one cannot equate the result to other countries. According to the report of a nation-wide study, 61% of women screened annually for 10 years, will have at least one false-positive detection. Out of these, 1 in 10 will get a recommendation for a biopsy.

Are There Ways to Lower Your Risk of Cancer?

Can radiation therapy have negative effects on my kidneys?

More from FindATopDoc on Mammogram 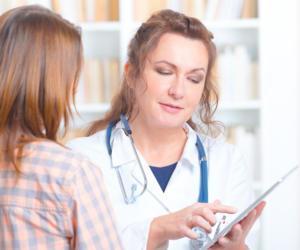 The Stages of Breast Cancer Explained

How to Sort Out Financial Challenges of Breast Cancer

How a Health Navigator Can Benefit Breast Cancer Patients