Lush, full lashes are any woman’s dream. Avoiding a few bad habits and replacing them with some good ones may lead to beautiful, long lashes.

Eyelashes have a very important role in the health of the eyes. They are protective in nature preventing foreign matter out of the eye. They also act as an antennae warning about anything that is very close to the eyes, and stimulate the blinking reflex whenever needed. Each lash stays for a maximum of three months before falling out, and takes about two months to grow back completely. The number of follicles that one is born with remains the same for the lifetime. Even if the lashes fall out after some time, we essentially have the same number of follicles and lashes throughout life.

Does a stye in a child need an antibiotic?

Eyelashes are commonly damaged by time and abuse, and do not look as thick and as long as they used to be earlier in life. According to dermatologist Jeannette Graf, MD, in Great Neck, lashes fall out because of the same reasons why hair falls out from the head. Stress and diet have an impact on the health of lashes. Thyroid problems, eyelid inflammation and chemotherapy may also affect growth of eyelashes.

Some of the bad habits that can affect eyelashes include rubbing and tugging at the eyelids, leaving mascara on while sleeping, which evidently dries out the lashes and makes it stiff. Many times, removing mascara, especially water proof and long wearing varieties, causes a lot of damage to the long lashes. These varieties of mascara are difficult to remove and the tugging and pulling may cause adequate damage. The root of the eyelash is very delicate and pulling easily breaks the lashes. If the damage continues, the follicle stops producing new lashes. It can also cause the new lashes to grow smaller, thinner, and fragile when it does grow from the follicle. If the damage affects the root of the lash it remains permanent, and restoring the growth of the lash is difficult.

The best way to have good lashes is to preserve the lashes that you have.

Some of the tips to preserve those good lashes include:

Applying a thin layer of Vaseline or Aquaphor over the lids at night helps to condition the eyelashes like the hair, says Graf. One can also opt for over-the-counter eyelash conditioners. These products usually contain keratin or biotin along with moisturizers that strengthens the eyelashes and keeps them moist. According to Graf, the conditioners prevent the breakage of lashes make them look supple.

My daughter has dark circles under her eyes and she...

What does eye-rolling indicate in infants?

More from FindATopDoc on Eye health 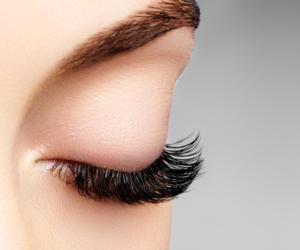 What Is Latisse? And Does It Really Work to Grow Your...

What are the risks with iris-implant procedures?

Why is son's eye bigger than the other?

How can I protect my eyes while working in front of the computer for close to 8 hours a day?

Does a stye in a child need an antibiotic?

Can antidepressants cause eye problems in teens?