What is Ovarian Cancer?

Ovarian cancer is a very dangerous disease that occurs when malignant cells are found in the ovaries. It effects mostly women from 60-63 years old, but can happen to a woman of any age. Ovaries are a pair of organs that produce fertile hormones and eggs in women. Because nearly all types of cancer are genetic, and can be passed from one family member to another, ovarian cancer shares these characteristics as well. Having a first-degree female relative that has ovarian cancer greatly increases a woman's chances of having ovarian cancer.  Most women who are affected with ovarian cancer do not have any strong family history of it. Only about 5 to 15 out of a total of 100 cases of ovarian cancer are due to alterations or changes to a gene running in the family. The genes most associated with ovarian cancer are BRCA 1 and BRCA 2.

Who is at Risk for Ovarian Cancer?

There are many risk factors for ovarian cancer, including genetic factors and a family history of cancers. One of the most significant at-risk groups are those with mutations of the BRCA 1 and BRCA 2 genes. These genes are closely connected to breast and ovarian cancer. The lifetime risk of getting ovarian cancer for women who carry BRCA 1 mutation is 39-46%, and for women who carry BRCA 2 is 12-20%. However, having the genetic mutations does not mean that all of the carriers of BRCA 1 and BRCA 2 will develop some form of cancer. Consequently, a lack of the predisposing genetic mutations does not guarantee that a woman is safe from ovarian cancer, as any woman can be affected. 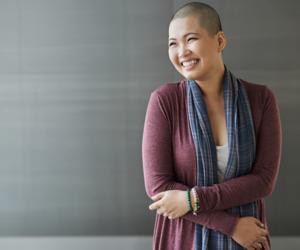 Women that have a family history of ovarian or breast cancer should make sure to schedule regular checkups and go to the doctor if they suspect that they may have cancer. There are also genetic tests that can be performed to determine a woman's risk of ovarian cancer and other BRCA 1 and BRCA 2-related cancers.

Ask for these tests if you:

Women who are diagnosed with Peutz-Jeghers syndrome (polyps in the digestive system) are also of high risk for an ovarian cancer diagnosis later in life.  This syndrome is caused by a specific gene mutation and is associated with multiple polyps in the digestive tract that become non-cancerous tumors and increase pigmentation of the face and hands. Peutz- Jeghers syndrome is known to raise the risk of ovarian cancer, breast cancer, colorectal cancer and various other types of cancers as well.

Women with Gorlin syndrome (NBCCS – nevoid basal cell carcinoma syndrome) have a risk of developing benign fibromas in the ovaries, which can later develop into ovarian cancer in the form of fibrosarcomas. People affected with NBCCS can often have multiple basal cell carcinomas and jaw cysts and are at a higher risk of developing medulloblastoma which is a type of a brain tumor, in childhood.

Women with Li-Fraumeni syndrome and/or Ataxia-Telangiectasia are also at a slightly higher risk of developing ovarian cancer than most people.

There are also non-genetic risk factors for ovarian cancer, including:

Other factors that increase the risk of ovarian cancer are: 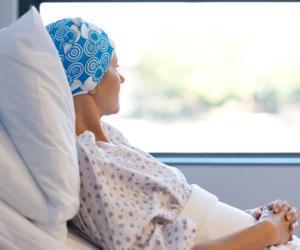 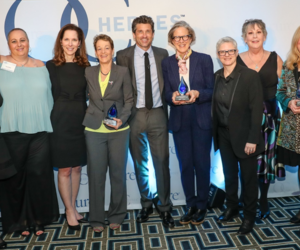 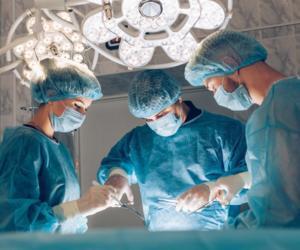 What’s Getting in the Way of Treatment for Rare Types of Ovarian Cancer?