Being on top of oral health is important. This is not new information. From childhood, people are taught that brushing at least twice a day and flossing every day is essential.

It is also well known now that smoking is a risk factor for cancer. However, what may not be common knowledge is the increased risk of cancer that is associated with gum disease. 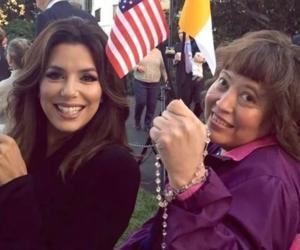 Eva Longoria On Her Sister with Special Needs Having...

A study recently highlighted the increased risk of cancer in postmenopausal women with gum disease. This study links gum disease to cancer in women who have never smoked as well. Gum disease, or periodontal disease has been linked to a fourteen percent increased risk in developing any kind of cancer, according to this research. It has shown that the greatest risk is for esophageal cancer. Esophageal cancer is also three times more likely to occur in postmenopausal women who have gum disease than those who do not. Periodontal disease also increases the risk of lung cancer, gallbladder cancer, melanoma, and breast cancer.

Researcher Jean Wactawski-Wende, the dean of the School of Public Health and Health Professions at the State University of New York in Buffalo has said that “These findings may provide a new target to test an intervention for cancer prevention – oral hygiene and periodontal disease treatment and prevention.” This is another incentive to get people to take care of their teeth.

The combination of smoking and periodontal disease increases the risk even further. Women who had both of these factors were shown to have a higher risk of breast cancer, lung cancer, and gallbladder cancer. This is not too surprising since the impact of smoking on the teeth and gums is common knowledge. It makes sense that there might be another connection here. Women who have no smoking history, but did have gum disease, were shown to have a higher risk of other cancers such as melanoma.

But how does this work?

According to this recent study, the exact mechanism in which gum disease increases the risk of cancer is not known. The researchers are guessing that gum disease could be indicative of overall health. Inflammation plays an important role yet again. Wactawski-Wende said, "However, there is real potential for local and systemic inflammation resulting from the bacteria in the oral cavity reaching other sites through ingestion or inhalation, as well as bacteria entering the bloodstream through oral tissues." Inflammation plays a crucial role in many diseases including cancer, so this hypothesis would make sense.

It is important to note that the study that was examined shows a correlation not causation. It is necessary for there to be more studies that look specifically at oral hygiene and how it is associated with cancer. This would provide better information for prevention and treatment.

What did the study entail?

This study involved massive data collection on 66,000 women from ages fifty-four to eighty-six. These women took part in the Women’s Health Initiative Observational Study. The data was collected through questionnaires on gum disease that these women answered between 1991 and 2003. The researchers then looked at who had developed cancer until 2013. Around 7,200 cases of cancer were noted. The significance of the age group is important as well. As we continue to develop better treatments for illnesses, this age group in our population is increasing in size. This information about periodontal disease and cancer offers a new insight into management of diseases for people in this age group, and can help us provide better care for them in the future. Previous studies have also shown that gum health is an important predictor for breast, esophageal, and oral cancers. There are few studies that have looked at the overall risk for all types of cancers.

While questionnaires or surveys are a quick way to reach many people, they have their limitations. It is hard to know if what is being reported is accurate. In this case women self-reported the status of their gum health. This could lead to accurate or inaccurate information, and it is hard to figure out the truth. Often times these types of studies are good places to start, but more detailed and well-controlled studies are needed as follow-up. This will confirm and/or make the information gathered from the questionnaires better understood.

While not directly involved with the study, Dr. Ronald Burakoff was familiar with the results. He is the chair of dental medicine at North Shore University Hospital in Manhasset, N.Y. and he stated that “There may be a connection between gum disease and cancer, but we really can't tell how strong it is because the gum disease is self-reported.” This highlights the limitations of the type of study that was conducted. Ultimately more studies are needed to know what relationship is present between periodontal disease and cancer. Chief of surgical oncology at Lenox Hill Hospital in New York City agrees. Dr. Stephanie Bernik says that the findings definitely indicate the need for further studies looking at the association between periodontal disease and cancer.

Having healthy gums is important for numerous reasons. People should know the signs of periodontal disease so that they can work to reverse or halt it through flossing and brushing their teeth. Loose teeth and bleeding gums are two of the main signs that people should look out for. Dr. Wactawski-Wende emphasizes that periodontal disease is “preventable, manageable, and often times treatable.” The correlation could be less direct than “gum disease leads to cancer”. It could be as simple as people with poor oral hygiene are less likely to take care of themselves in other ways. This could be due to poor diets, being overweight, not enough exercise, and/or excessive alcohol consumption. Dr. Bernik says that all of these habits are associated with an increased risk of cancer.

What to do in the meantime

Until more studies shed light on the exact relationship between periodontal disease and cancer, it is important to maintain good oral hygiene. Poor oral hygiene can have negative effects on other parts of the body as well. If you are a healthcare provider, it is important to remind your patients about the importance of oral hygiene, regardless of your medical specialty. The mouth is essential to the overall health of the body.

Periodontal disease is quite common in the United States. The Centers for Disease Control estimates that approximately forty-seven percent of Americans ages thirty and over have some type of gum disease. At sixty-five and older this rate increases to seventy percent the severity increases to moderate or severe. So, while we wait for more information regarding the exact relationship between periodontal disease and cancer, it’s important to maintain oral health through brushing, flossing, and getting regular check-ups.

Mammogram Recommendations: Who To Listen To

Woman with Breast Cancer Gets Wedding Wish Hours Before... 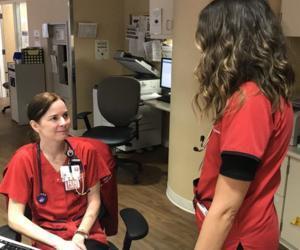 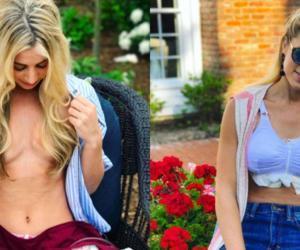 Diagnosed with Breast Cancer at Age 32. And Then She...

8 Inspirational Stories from Breast Cancer Survivors and Their Families