Dysfunctional uterine bleeding is also called as metrorrhagia. In the first few years of menstrual onset, females commonly experience this problem. Also, women close to their menopausal phase tend to have metrorrhagia. In this condition, women have bleeding episodes outside their menstrual period. Vaginal bleeding usually comes as spotting, but it can become severe.

Why do I feel chest tightness when I go on a plane?

Metrorrhagia means uterine bleeding in between menstrual cycles. Irregular bleeding should not be taken lightly since it can indicate an underlying health threat. Metrorrhagia could have a number of underlying causes, so seek medical advice as soon as possible. You can consult a gynecologist for proper diagnosis and treatment.

In metrorrhagia, your menstrual period seems normal, but occurs at unusual intervals or at unpredictable intervals or a combination of both.

How to Know If You Have Metrorrhagia

If you are finding it difficult to conceive, bothered because of heavy periods, and you are not able to track your cycle, then the doctor may suggest a treatment plan for you. The treatment options available are various hormonal therapies such as certain types of IUDs or birth control pills. These methods of treatment will help you achieve and maintain a regular menstrual cycle.

Medical Examination: What to expect?

The doctor will take your medical history by asking about the following:

To determine any uterine problem, the doctor will perform a pelvic or vaginal examination. Imaging tests such as transvaginal sonography or ultrasound can also be performed. Tumors that are not quite visible through sonography can be identified through magnetic resonance imaging (MRI). To identify the presence of sexually transmitted infections, a Pap smear can also be done. In some cases, a biopsy may be needed.

The most common symptom of metrorrhagia is irregular vaginal bleeding. Usually, excessive menstrual bleeding is associated with bleeding puberty. In the two years following menarche (first menstruation), irregular menstruation occurs in 2-5 percent of adolescents. It occurs because of cycles without ovulation. Hence, in the first part of the cycle under the influence of estrogen, the growth of the endometrium that took place is not balanced with that of the second part of the cycle, wherein there is an increase in progesterone.

Women may or may not experience the following symptoms:

The doctor may ask you to maintain a diary to keep track of your menstrual period, nonbleeding days, and to note down how heavy the bleeding was.

Certain medical procedures or blood tests may be required to know what causes metrorrhagia. They include:

Check first that the source of bleeding is not from the urine or rectum, but from the vagina. This can be confirmed with the help of a tampon.

Once the root cause of metrorrhagia is identified, the next main focus is its treatment. The basic goal of any treatment is to provide comfort and cure to the affected person. Treatment may include the following:

The following factors may contribute to the occurrence of metrorrhagia:

Vaginal bleeding is common in the first three months of taking oral contraceptives. Estrogen and progestin are the oral contraceptives that can cause bleeding. Sometimes, the risk is also increased due to progesterone, but the situation can be improved by the addition of estrogen.

Metrorrhagia occurs outside the normal menstrual flow either at regular or irregular intervals. Hormone irregularities are one of the main causes of metrorrhagia. It is also called as dysfunctional uterine bleeding. Significant iron deficiency anemia may also develop if the bleeding is heavy and frequent.

If you are experiencing metrorrhagia in multiple cycles, see a doctor immediately and discuss the possible causes and treatment options.

What OTC pain reliever to take?

Soreness in hands and feet from Acupuncture

More from FindATopDoc on Uterine bleeding 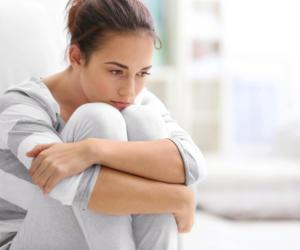 Causes and Symptoms of Metrorrhagia

Causes and Symptoms of Metrorrhagia