A new study revealed that hot flashes and night sweats caused by menopause can be maintained with stress exercises. Women opted for training in mindfulness-based stress reduction were not affected by night sweats and hot flashes. The results of the study published in the journal, Menopause: The Journal of North American Menopause Society, shows that this stress reduction technique allows women to develop a psychological distance, and be less reactive to their internal and external struggles.

Researcher James Francis Carmody, PhD, of the University of Massachusetts Medical School in Worcester, and several experts claim that mindfulness training helps women to differentiate their thoughts, feelings and sensations, which allows them to become less responsive when situations that involve their emotions transpire. Earlier studies have shown that mindfulness-based training helps women to deal with anxiety, stress, and sleep disorders.

The study was conducted with 110 participants. In the first group, the participants had mindfulness stress training for two and a half hours every day, while the second group did not receive any training at all. Moderate symptoms were characterized by five or more moderate to severe hot flashes and night sweats per day. All of the participants recorded the frequency and intensity of these two symptoms, and described how it affected them.

The results showed that immediately after the training in stress reduction, participants were 15% less irritable, while the second group with no training were only 7% less irritable, when reacting to symptoms caused by menopause. After 20 weeks of training, the group who received stress training had an overall reduction of 21%, when compared to an 11% reduction in irritability for the group who received no training at all. Researchers explained that there was no change in the intensity of the symptoms for both groups.

How Can I Relieve Stress Quickly?

Can stress be the cause of chest pain?

How can I lose weight during menopause? 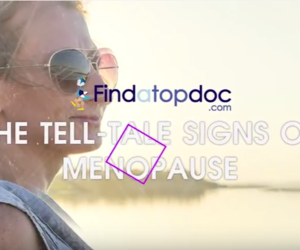 The Tell-Tale Signs of Menopause

Why A Midlife Crisis May Not Be Bad