“Every 3 minutes, a woman learns she has breast cancer. She is a mother, a daughter, a sister, a friend. I am that woman. Every 13 minutes, a woman dies of the disease. I will not be that woman. I will survive.” This is a message by writer and fashion stylist Meredith Gray in the documentary film NAKED. 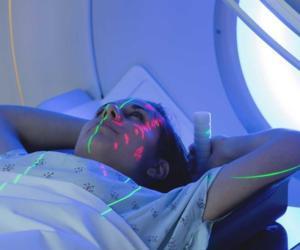 Written, produced, and directed by Roynn Lisa Simmons, NAKED is a raw and honest portrayal of a woman’s struggle with breast cancer. Throughout her journey, Gray reveals all - surgery, reconstruction, treatment, and recovery. The documentary exposes Gray’s body as an art project and her persistent political force for improving healthcare for women diagnosed with breast cancer. NAKED is a lesson on living life to the fullest and with joy, all the while confronting the unknown – death.

In 2008, Gray was stunned by her second diagnosis of breast cancer. Results from her annual mammogram showed abnormalities in her left breast. The 49-year-old learned soon after that she had HER2+ -- a more aggressive form of breast cancer. She also had no way of paying for her treatment.

It was only three years earlier that Gray was given a diagnosis of ductal carcinoma in situ in her right breast. She had a lumpectomy and 8 weeks of radiation therapy. When the treatment was over, Gray was declared cancer-free. However, this time around, her situation was rather different. Due to her pre-existing condition of  breast cancer, her new insurance carrier had Gray relinquish any ability to file any future cancer-related claims. But without a double mastectomy followed by chemotherapy, the chance that her cancer would spread throughout her body was significant. And seeing as how her mother had passed away from pancreatic cancer at the age of 53, Gray was not willing to take any chances. Within weeks, she had both of her breasts removed and she began breast reconstruction.

Her insurance carrier refused to pay more than a small percentage of her breast reconstruction surgery, so Gray reached out for the support of Jody Rell, the Governor of Connecticut and a breast cancer survivor herself. Shortly after, the insurance provider reversed its decision. From that moment on, Gray went on to collaborate with Congressman James Himes and Senator Christopher Dodd on healthcare reform issues.

Beating the odds together

Realizing that a majority of women had no idea what would happen after receiving a devastating breast cancer diagnosis, Gray sought out a documentary filmmaker that would record her fight against the disease, as well as how the American healthcare system failed to provide much-needed support to her and to many thousands of women. Only three weeks following her lumpectomy, she and award-winning producer Roynn Lisa Simmons began shooting NAKED. Gray shared her breast cancer journey in a very moving and intimate manner – stripping down physically, emotionally, and spiritually.

Gray also released a memoir (also titled Naked), which follows her 12-month journey with breast cancer. The book includes powerful images of her body as it changed throughout the course of her treatment. The images were taken by Claudia Hehr, a young and talented New York based photographer. “She inspired me to open myself up before her camera. She was with me every step of the way from consultations to surgery (a bi-lateral mastectomy) to reconstruction and chemotherapy” said Gray.

When Gray got sick, she emailed photographers that she was familiar with. One of those photographers was Jack Deutsch. Jack was being assisted by Hehr at the time and he thought that she would be a perfect fit for Gray’s project. “I sent Meredith some work and a link to my website and when we met we immediately clicked. We decided to do the project together after maybe 10 minutes” said Hehr. The idea behind the shoot was for Hehr to be by Gray’s side for every medical and surgical treatment, along with such milestone moments such as finding and purchasing a wig. “We had to negotiate with the hospitals and get model releases from the staff. We originally had permission to photograph the mastectomy but unfortunately the hospital people changed their mind. They weren’t comfortable with a photographer in the OR. Other than that, the doctors and medical staff were extremely helpful and really embraced the project” said Hehr. As for Gray, she said that she could not have survived cancer without the support and friendship of Hehr.

Today, Gray is cancer-free and doing well. She continues to serve on fundraising committees for breast cancer organizations and she writes magazine and newspaper articles on breast cancer survivors. In a recent article, she shared advice to other women from her own experience with cancer:

Gray’s entire career was in the fashion world, where body image is everything. Now, she is breaking down the stereotype of the “perfect body”. She wants every woman to understand that their beauty and femininity are not defined by their breasts. Losing one breast or both breasts do not make any woman less than a whole woman. Gray wants to help women to discover the true meaning of beauty – the one found deep within. 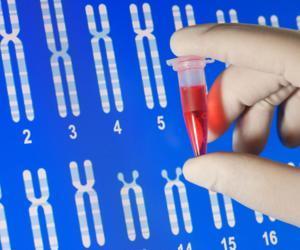 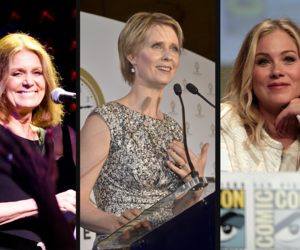 Three Women in One Family Battle Breast Cancer Together