Every year, over 250,000 women receive news that they have been diagnosed with breast cancer. A large percentage of them end up undergoing mastectomies. During a mastectomy, the diseased breast tissue is removed, as well as the nipples and areolas. Women who choose to undergo breast reconstruction following mastectomy often receive permanent coloring to illustrate where their nipples used to be. However, many have complained that such coloring is unrealistic.

Known for his tattoo artistry, Vinnie Myers is now a star among breast cancer circles for his unique specialty: realistic inking of nipples and areolas. “When you’re looking at those breasts, all you see are the scars, and all you’re reminded of is cancer. So when you put this finishing touch on there, it distracts your eye from all those other imperfections because you have something to look at that’s very pleasing, and it’s an incredibly emotional finishing touch,” Myers said.

Is fatigue and loss of appetite normal during chemotherapy?

Myers says that surgeons often fail to recognize the significance that breast reconstruction can have on women who have been diagnosed with breast cancer. Many view their reconstructed breasts as a reminder of a difficult time. “My mission is to make women look good in the mirror, naked. I want them to feel good when they’re looking at themselves so I tattoo the nipple and areola to look like a real nipple and areola, not like a brownish pink disc” he said.

In 2001, Myers began tattooing 3D nipples after meeting a woman who worked for a plastic surgeon and was unsatisfied with his ink efforts. Very soon, doctors began reaching out to Myers, wanting him to work with their patients as well. In 2004, his big break came when Lillie Shockney, administrative director of the John Hopkins Breast Cancer and 2x breast cancer survivor, paid him a visit after seeing his work on one of her clients. After leaving the meeting, Shockney was so impressed that she decided to book an appointment herself. “When he finished, he turned my chair so I could face the mirror, and I burst into tears. I said, ‘Oh my God, these look real,’ and my husband said, ‘They sure do. I haven’t seen these for almost 20 years’” she said.

At one point, Myers got very busy with work – busier than he wanted to be – and after 5 years, he recalled wanting to quit. “That’s when I kind of decided I wasn’t going to do it anymore. And the day that I decided to stop is the day my sister called me and told me she had breast cancer. That was on a Monday. I decided, ‘This is a sign that I’ve got to keep doing this’,” he said.

From that point on, he decided to completely dedicate his career to nipple and areola tattoing. “What I’m doing is final. It’s permanent. It’s there forever. So if I put the tattoo on and then they have the revisions, all bets are off. But once that woman comes here and she’s from California or Alaska, thinking she’s going to be complete today, she doesn’t want to go back home and talk about revisions. She wants to get the tattoos and be done, today” he said.

An important sense of trust

Most women who seek out Myers arrive feeling anxious and nervous. Yet, they are willing to put their faith in him in hopes of returning to their “new normal” lives. Karon Scotchlas, single mother of three from North Carolina, said she felt her confidence slowly declining until her visit to see Myers. “The cancer diagnosis didn’t terrify me. I was more worried about my life afterward — after the mastectomies, how I was going to look,” she said.

“I had all the faith we were going to get rid of the cancer, but I’m single and don’t have someone in my life, so it was really important to me to know that I was going to be whole again.” After getting her tattoos, Scotchlas said “They’re fabulous. I cannot stop looking in the mirror at myself. It’s ridiculous, but it’s such an incredible feeling to look in the mirror and you feel like you’re whole and you’re a woman again. It completely gave me my confidence back.”

In regards to his career path, Myers said “As far as artistic satisfaction is concerned, there really isn’t. The challenge comes in making sure you’re doing a safe job, a good job on compromised tissue. Obviously, the reaction you get from the women is where the satisfaction comes in.” He continued “So it’s not just about the artistic satisfaction. You get the reward from just seeing these women's faces, or maybe the tears that let you know you’ve done something very special for them. So you lose one thing, but you gain something else and that’s one of the rewards I get, just knowing you’ve done something to really make this person feel better about themselves. And that’s an incredible thing.”

Nowadays, tattoo technique is changing the way that women feel about themselves. Nicole Hite, who was only 23 when she underwent a double mastectomy, decided to get a tattoo on her chest by artist Lisa Doll that symbolized how she wanted to live her life following a cancer diagnosis. Three years ago, Nicole began to notice worrisome symptoms in her breast.

Her doctor ordered a biopsy and one afternoon, she received a phone call that she had been diagnosed with a very early stage of breast cancer. “And he said, I know this sucks, but it is what it is. And obviously I was shocked. And I started crying because how the hell do you call me on the phone and tell me I have cancer? Like, in the TV shows, they call you in for an appointment, and they break the news in person. And it all happened on the phone within five minutes,” Hite said.

Nicole had no family history of breast cancer; however, the cancer was expansive in her mammary glands that she was required to undergo a mastectomy. She decided to have both breasts removed and then undergo breast reconstruction. “I remember when I first saw my chest without the bandages after my mastectomy, I cried. And I didn't cry because I didn't have boobs. I cried because I didn't have nipples. It was heartbreaking because I at least wanted those. There's so much that goes into that - sexuality, just looking normal” Hite said.

Nicole could have undergone nipple reconstruction; however, she had heard that new nipples do not look realistic. She also got word that a few women were substituting their nipples with a restorative tattoo. This is when she decided to seek out artist Lisa Doll, known for her optical illusion inking. “It's physically scrapbooking that moment in time. So cancer took something away from them, put a mark on their body. But they're leaving that lasting mark” Doll said.

Yet, Nicole did not want the illusion of a nipple, but rather wanted to hide the one thing concerning her most – her scars. “You always hear about people breaking down and shattering into pieces and then picking themselves back up. I feel like I had done that” Hite said. She wanted a pocket watch tattooed over her one breast because time was a large part of her recovery, not just physically but also psychologically. After getting tattooed, Nicole revealed that her tattoo made her feel that she had made peace with her body. “It's elegant and delicate, and it doesn't cover too much of my scar tissue. I don't think my scar is anything to be ashamed of – perfect” she said. 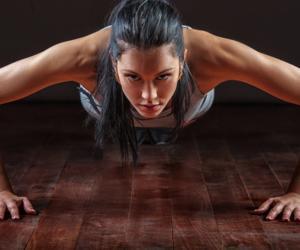 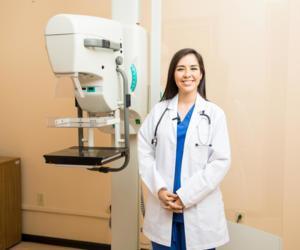 Can Melatonin Keep Breast Cancer at Bay and Improve Treatment?

The Unspoken Hardships of Breast Cancer and How to Overcome Them