A study conducted by Italian researchers has shown that a single dose of vitamin D may reduce the pain experienced during menstrual cycles in women, and help them to avoid taking pain killers. In this study, the researchers studied the effect of vitamin D on 40 women between the ages of 18-years-old and 40-years-old. All of them had dysmenorrhea, or painful periods. The participants were divided into two groups. The first group received vitamin D, while group two only received a placebo.

Nearly 50% of women have painful periods often associated with nausea, vomiting, diarrhea, and sleep problems. “Results of the study showed that women who took vitamin D had significant reduction in the pain during the study period, when compared to the women who took a placebo”, says Antonino Lasco, MD, of the University of Messina.

According to Tarek Bardawil, MD, assistant professor of obstetrics and gynecology at the University of Miami Miller School of Medicine, the study results can be taken into consideration with caution. He said that the study has two major drawbacks: the number of patients studied is very low, and the dosage of vitamin D given is very high. Further studies are required before any recommendations can be given regarding the use of vitamin D to control pains during periods.

Painful periods are often produced by the production of hormone-like prostaglandins. Vitamin D reduces the production of prostaglandins and thus helps to ease the pain. In this study, the participants were randomly assigned to the two groups – vitamin D or placebo. The women took the drugs for five days before the start of their cycle. The menstrual pain in women was then tracked for two months.

Women who were put on vitamin D reported to have less pain and skipped the usual non-steroidal anti-inflammatory drugs (NSAIDs), which they took to alleviate the pain experienced during their periods. In the placebo group, 40% of the participants had NSAIDs to ease the pain at least once during their periods. Long-term use of NSAIDs can cause gastrointestinal problems.

JoAnn E. Manson, MD, DrPH, of Harvard Medical School, and Elizabeth Bertone-Johnson, ScD, of the University of Massachusetts, said that this is the first of kind of study that considered the use of vitamin D to control the pain associated with periods. However, larger and better studies are required to confirm the findings. It is still not clear whether a single large dose is needed or a repeated dose would be required. If repeat doses are needed it is difficult to maintain safe levels of the vitamin.

The long-term risks and benefits of the use also needs to the studied. It would be really helpful for the women who suffer from dysmenorrhea, if it really works out well in the long term.

Why am I unable to regulate my menstrual cycle? 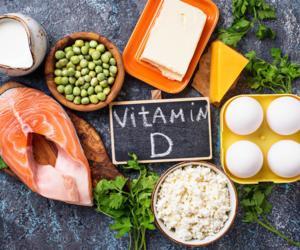 Why do I have back pain during my period?