According to a new study, women who sought treatment for the different symptoms of uterine fibroids, such as heavy bleeding and pain, have a better quality of life after the treatment. Women who had hysterectomy reported that they would have put off the procedure for a longer period, when compared to women who had less invasive treatments for fibroids. The rating of the different procedures, including abdominal hysterectomy, uterine artery embolization (UAE), or an MRI-guided focused ultrasound procedure, was based on how long someone might prefer to live with the symptoms rather than go through a treatment that causes discomfort and is also associated with some amount of risk.

Study researcher Fiona M. Fennessy, MD, MPH, a radiologist at Brigham and Women’s Hospital in Boston, asked each of the participants how long they would have put off the procedure knowing what happens in a particular treatment. Out of the 61 participants, those who underwent abdominal hysterectomy reported that they would have put off the procedure by an average of 21 weeks had they known about the treatment and its consequences. 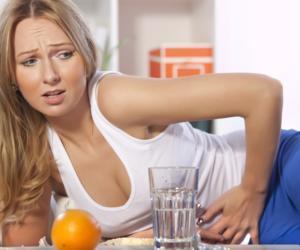 Women who had UAE, a procedure in which a catheter is threaded through the arteries to the fibroid allowing to inject particles that will block the growth of the fibroid, reported that they would have waited for an average of 14 weeks before agreeing for the procedure. About 61 women in the study, who had MRI-guided focused ultrasound procedure in which ultrasound is focused on the fibroids to destroy them, also would have preferred to wait for 14 weeks before the treatment.

According to Catherine A. Sewell, MD, MPH, an assistant professor of gynecology and obstetrics and director of the Johns Hopkins Fibroid Center in Baltimore, the study provides a picture of the risk-benefit analysis which the patients do when they are given with the treatment options for the fibroids. It also shows that people prefer the least invasive techniques that would give them the maximum benefits. “Furthermore, for most women, hysterectomy would be the last choice among the treatment methods unless and until they are lots of trouble with the fibroids or have been suffering from the symptoms for a long period," says Sewell.

A fibroid is a small, benign mass that grows in and around the uterus and is mostly asymptomatic in nature. Sometimes it may become large, weighing several pounds, causing severe bleeding, pain, difficulty in urination and abdominal bloating. About 7 in 10 women may get fibroids during some stage of their life. Lisa Jane Jacobsen, MD, an obstetrician and gynecologist at Tufts Medical Center in Boston, says that fibroids are very common and often does not cause any serious issues in women. “Women seek treatment only when fibroids cause irregular and heavy bleeding, or when the growth of the fibroids cause pelvic discomfort," says Jacobsen. But only one in three women may need a treatment for fibroids.

The type of treatment recommended will depend on the age, size and number of fibroids. For example, UAE may not be recommended for women who have fibroids growing into the cavity of the uterus. Moreover, if the fibroid does not have a good blood supply, UAE may not be effective. While for MRI, the ideal candidate for this procedure is yet to be decided. MRI may not be recommended for someone who has a lot of fibroids or for someone who already has a lot of scarring due to abdominal surgery as MRI would be focused on the scar and not on the fibroid.

According to the authors, the main drawback of the study is that it focused only on abdominal hysterectomies. “The study compares the most invasive procedures with the least invasive options," says Sewell. Lesser invasive procedures like laparoscopic or vaginal removal of the uterus, which would have been more acceptable to the patients, were not considered. Fibroids can also be treated with medications like birth control pills. These may not be the ideal option but it is relatively cheap and may be useful for someone who wants to avoid the bigger procedure.

Do ultrasounds identify all fibroids? 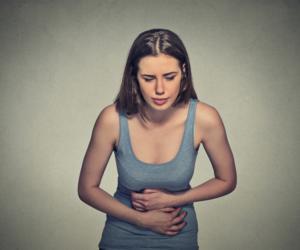