Ovarian cancer usually strikes women who are at least in their fifties; however, Olivia Parslow is only twelve years old and is fighting the disease with her life.

Olivia had gained nearly 40 pounds in only three weeks, so her family was very concerned. Not only was she gaining an incredible amount of weight, but they also realized that she was becoming more and more bloated as time went on. What had started out as a thought that maybe she was letting herself go, even joking that maybe she needed to watch what she ate a little bit more, became a more serious matter very quickly. They thought that she would alter her diet and lose the weight she had gained in a matter of days or weeks, but despite her new healthy diet and increased exercise, she continued gaining weight at an incredible rate. 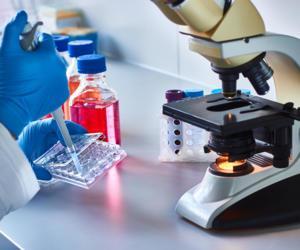 They took her to the doctor, and they were shocked by the response. The doctor told them to go to St. Richard's Hospital in Chichester immediately. They followed orders, and Olivia had some tests taken. They showed to be inconclusive at first, but an MRI scan illuminated the issue - a large growth on her left ovary.

While her initial examination took place at St. Richard's hospital, after they made this discovery, she was rushed to a larger hospital that could better treat her.

The surgeons cut open the area, and were looking for what could be responsible for the problems. They soon came to the realization that it was cancer causing these horrible effects, and removed her impacted ovary.

The surgeons also drained fluid that had accumulated within her stomach. It was not just a little; there were several liters that they removed, and the result was that she left the operating room 2/3 the weight of when she had walked in. An entire third of her body weight was simply due to the excessive fluid. She started out weighing in at 168 pounds, and left at 119.

A biopsy concluded that Olivia had been suffering from an extremely rare form of ovarian cancer by the name of juvenile granulosa. However, the good news was that the condition was caught very quickly. Had they waited longer to seek treatment for Olivia, it likely would have spread to other areas of her body, causing further, potentially life-threatening problems. They did not have to remove her right ovary or any other organs due to the early catch, which significantly increases life expectancy.

Ovarian cancer usually strikes in women who are post-menopausal, but Olivia had not even gotten her period yet. Most women who suffer from ovarian cancer are at least in their 50s.

After this operation, to treat the cancer, she had to go through four rounds of chemotherapy. As is common with the treatment, she lost all of her hair.

However, it was certainly worth it, as she entered remission in April of 2017.

Her mother, Beki, looks back on their ordeal, "it's certainly been a tough year, but she's come through it and so have we." They are overjoyed that the cancer did not spread as they initially feared, and that their beloved daughter is in remission, and that they can plan for the future with her.

Fortunately, at no point throughout her treatment were they forced to remove her right ovary, as it was caught early and the cancer had not spread. Therefore, should she decide to do so in the future, she will still be able to have children.

While Olivia's story is rare, that does not mean she is alone. Many young women do get ovarian cancer despite how infrequent it is compared to those who develop it at an older age. This is extremely scary for them, as ovarian cancer is the deadliest of gynecological cancers, despite receiving relatively little funding in comparison to other forms of cancer that more people contract.

Nicola explains her experience with ovarian cancer, "ovarian cancer wasn't on my mind; it wasn't on my radar. I never even considered it as a possibility for me. The symptoms that made me go to the doctor were bloating and weight gain. The GP sent me for blood tests (including a CA125 which I haven't heard of) and an emergency ultrasound. I was referred to a gynaecologist, and a CT scan showed what looked like a complex cyst. I was told I needed a laparotomy to remove the ovary, and I was scheduled for surgery. After my operation, the surgeon came out and told me that she was 95 percent sure I had ovarian cancer."

Like Olivia and Nicola, Chay noticed that she had become very bloated, but she was studying for exams, so she figured it was natural. However, when she visited the doctor and discovered that she actually had stage 1A ovarian cancer and endometriosis at just the age of 17, she was shocked. What she learned from the ordeal was how important it is to value your health. She explains, "when you're young, you take your health for granted. Then suddenly, one day, you get a wakeup call and realize just how important health is."

In a perfect world, there would not be these specific types of wakeup calls, but it does highlight the importance of taking care of yourself and valuing your health.

Being on the lookout

These stories underline the importance of being vigilant in looking for signs of abnormalities. Ovarian cancer has a significantly higher chance of survival if it is caught early, before the cancer has had a chance to spread throughout the body. That's why it's important to check for symptoms, as well as get screened regularly.

As experienced by all the young women mentioned, a swollen stomach can be a definite symptom of ovarian cancer, as well as feeling constantly bloated. You may also feel as if you need to urinate much more frequently than you are used to, and experience a sensation of discomfort in your stomach, pelvic area, or both. When eating, you may feel as if you are full almost immediately, whereas previously you would have been able to eat significantly more. If any of these symptoms persist, you should speak to your doctor. They may be signs of ovarian cancer, or other health problems that you should have resolved.

It may be atypical for someone in their teens to get screened for a disease usually diagnosed with woman in their 40's and above. However, always discuss concerns with your doctor.

New Treatment for Difficult To Treat Type of Ovarian... 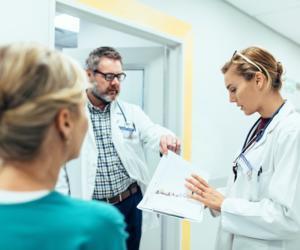 What Impact Does Hospital Volume Have on Ovarian Cancer... 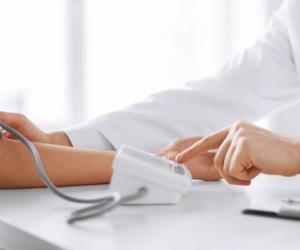 Can High Blood Pressure Benefit Those with Ovarian... 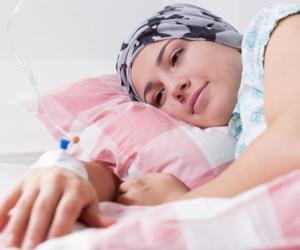 Can Any Woman Get Ovarian Cancer?