In 2014, Bonnie Annis was diagnosed with stage 2b invasive ductal carcinoma with metastasis to the lymph nodes. Today, she is a breast cancer survivor. She dedicates her time to freelance writing/blogging and photography and she is a devoted wife, mother, and grandmother. Bonnie, like a majority of breast cancer survivors, found that living with cancer had changed her life – both physically and emotionally. When she tried to return to her old life or rather her ‘old self’, she realized that it was not possible. The life that she knew was gone and she knew that she had to make proper adjustments in order to deal with the physical and emotional changes she was experiencing.

Before being diagnosed with cancer, Bonnie described herself as a happy-go-lucky individual. After cancer, she felt like she had no control whatsoever over her emotions and her view on life had drastically changed. “Without warning, I found myself weeping or becoming irritated. I didn’t like feeling out of control. I had to learn to reign in my patience. I’d become a little short fused. I didn’t have time for pettiness or insignificant things. I had been dealing with a major, life-changing disease,” wrote Bonnie. “Life was too precious to me to waste one single minute, and I couldn’t understand how others didn’t view life the same way,” she added. So, Bonnie found herself focusing more and more on her future and learning to live her life after cancer.

What are the benefits of milk tooth fillings?

Have a question aboutHormone Therapy For Breast Cancer?Ask a doctor now

Although she did not know it at the time, she was transitioning from her role of being a patient to that of being a cancer survivor. “I realized my breast cancer experience had been tough. There had been days when I thought I wouldn’t make it. There had been days when I wished I had died because it would have been easier than fighting. Then one day, something clicked. I realized breast cancer had just been a blip on the radar. It was just like one of those public service announcements. It was an interruption. And just because I had cancer, it didn’t have to define the rest of my life,” she stated.

An important conversation with family

On a recent trip to visit her grandchildren living in Texas, Bonnie was surprised by her oldest granddaughter’s inquisitive nature. Kaitlyn was asking questions about how to cook meals, how to wash clothes, and several other household chores. She wanted to learn the most essential tasks and responsibilities since her mother was in the hospital taking care of her newly born baby brother. Yet, along with her questions on household chores, Kaitlyn also asked her grandmother Bonnie, whom she called “Gigi”, another question that she was not expecting - why “Gigi” did not have breasts like her mother did. “She looked up at me with her big, brown eyes and said in the softest voice, “Gigi, Mommy said breast cancer took your boobs away.” I was shocked as I processed what my 9-year-old granddaughter had just said. “That's right, Kaitlyn,” I said. I waited for the question I knew was coming but wasn't prepared for what she said next. Kaitlyn asked, “Gigi, will your boobs ever grow back?” wrote Bonnie.

Bonnie had no clue that her daughter had discussed her cancer situation with Kaitlyn. As Kaitlyn was transitioning into pre-puberty, she was starting to become very aware of her physical body. Bonnie took a few minutes before responding because she was not aware of how much information she should share. She knew that she wanted to answer her granddaughter’s question, but not to the point to frighten her with the answer. Finally, Bonnie responded – “Kaitlyn, my breasts will never grow back. Cancer is a very nasty disease and sometimes, it makes people very sick. It does things to their bodies that they can't control. Sometimes, we can lose body parts because of the disease but it's OK. When cancer comes into someone's life, they sometimes have to make the choice to lose a body part so they can continue to live. I chose to lose my breasts so I could live. Aren't you glad your Gigi is still here with you? Even though I don't have my breasts any more, I'm still your Gigi. Nothing has really changed except that my body looks a little different now.” A few minutes later, Kaitlyn responded by saying “OK!” and ran off to play with her siblings.

After talking with her own daughter, Kaitlyn’s mother explained that when Bonnie was initially diagnosed with breast cancer, she wanted her children to understand that their grandmother was ill. So, she took the time to talk individually with each one of them about breast cancer, consistent with their specific age level. The older children were given more facts and information, while the younger children were only told that their grandmother was ill and that they needed to pray for her.

As a grandmother, Bonnie hopes that her granddaughter never has to face the challenges of breast cancer. “If you have a child and cancer had touched your life or someone you know, allow them to ask questions. Don't make the mistake of trying to protect and shield them by not allowing them to be inquisitive. If you take time to answer in a way that is appropriate for their specific age and understanding, you'll probably have the same type experience I had with Kaitlyn. You'll more than likely get a quick ‘OK’ and the child will resume playing,” she wrote.

The right amount of detail

Bonnie was glad that her granddaughter did not ask any more questions. She wanted to be honest with her granddaughter but did not feel as though she needed to go into a lot of detail. Nevertheless, she was happy that they were able to talk openly and honestly with one another. Young children will always be curious and while there are several things that they should or should not be told about diseases, such as cancer, it does not have to remain a big hidden mystery.

Three years following her initial diagnosis, Bonnie is tremendously grateful. Cancer, despite its horrible ugliness, has taught her several valuable lessons that she would otherwise not have learned had she not gone through the painful interruption in her life. Although the lessons may not always be apparent, Bonnie believes that they do serve a purpose. The most important lesson that she learned was to cherish her time on earth. For this reason, she no longer chooses to wear a watch on her wrist as a constant reminder of time. She chooses to be present in the moment and take every day step by step. “From my own personal experience, I've found my ability to bounce back has a direct correlation between my positive attitude, my will, and my determination. The ability to be resilient has allowed me not only to survive breast cancer but to thrive. Whether it's a trait I was born with or a trait I learned, I'm thankful there's something inside me that wants to live and fights to do it. I guess that's the little something extra most breast cancer survivors have, a cup of resilience that overflows into our lives and pours out on the lives of others,” she stated.

I have had 3 injuries around my wrist while playing...

More from FindATopDoc on Hormone Therapy For Breast Cancer 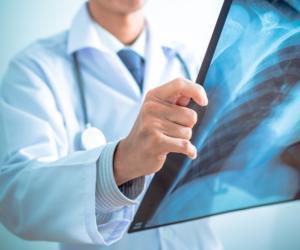 Is it safe for my mother to take CRESP 40 injections...