A woman's wedding day is supposed to be the most magical day of her life, and this was certainly still the case for Heather Mosher. Unfortunately, the very next day the breast cancer she had been battling would take her.

In May of 2015, Heather and David met in a swing dance class. They immediately fell for each other, and started dating. David says, "we were just kind of inseparable after that." 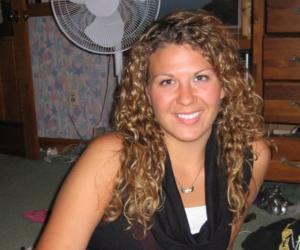 A year and a half later, David was ready to propose, and had it all planned out. Unfortunately, the day that he planned to do so was the same day that Heather would receive her breast cancer diagnosis.

While some might have decided to postpone such a proposal, David was only more sure that he wanted to do it that night. He explains why he thought it was especially important to follow through with those plans, "she didn't know I was going to propose that night, but I said to myself, she needs to know she's not going to go down this road alone." He took her on a horse carriage ride under the stars, and asked her to marry him. He explains, "I left the plans as they were. I proposed to her. We had the toughest year of our life. She struggled with her cancer through the traditional chemotherapy."

Unfortunately, five days after the proposal, the diagnosis came in that she had triple-negative breast cancer, which is an extremely aggressive and fast-growing form of breast cancer.

The couple had a plan to get married on December 30, but doctors warned them that waiting for that date might be too late. Instead, they shortened the time before the wedding.

Leading up to the wedding

Christina Karas, one of Heather's very best friends, and her bridesmaid, comments on what it was like before the wedding - with the difficulty of planning a wedding from a hospital room. She says, "I was with her every single day at the hospital that week, and I wasn't in the mood to celebrate. She wanted me to be in a dress, and I just had to get into wedding mode because my heart was in 'losing my best friend' mode. I just thought, 'For Heather, I'm going to do this.'"

Many of the guests in attendance of the wedding were thinking the same thing. While they were overjoyed to see their beloved Heather marrying the one she had always looked for, they could not help to be heartbroken at the inevitability of losing her so soon - and that the couple would not have sufficient time together.

On the day of the wedding, they wondered whether they should simply drape the dress over Heather, because she was so weak. However, they knew that was not what she would want, and did eventually succeed in getting her into it before the ceremony. David commented on how stunning she was, "she was gorgeous and she just felt like home to me."

Heather and David knew that they wanted to be together forever - whether their forever on earth would only be a few hours or a few decades. Heather's condition was deteriorating, but she was not going to let it get in the way of saying "I do" to the love of her life.

On December 22, the pair made their vows to each other in a ceremony that took place at St. Francis Hospital in Hartford, Connecticut. While it was difficult for Heather to get out her wedding vows, she fought to do so, even through her stumbling. Unfortunately, they only had about 18 hours as a married couple before Heather would pass away, and her vows would prove to be her final words.

During their ceremony, the couple took a picture that would later go viral. David is standing next to his wife in her bed in the hospital chapel, and is wearing her white wedding gown, even equipped with her bouquet. She looks so relieved, and is even lifting her arms in the air to celebrate their union. The photograph was taken by Christina, and she snapped it as they exchanged their vows.

Christina explains what she sees in the picture, "we were losing her as we were all standing there, thinking, to hold onto this, because this was the last she had to give ... It was a miracle. When she raised her arms, she was at death's door, but she was joyful and exuberant. She just wanted it to be a celebration."

Christina went on to explain what it was like for those in attendance, "we were all in tears. We all knew this was all the time left we were going to have with her and we wanted to cherish every second."

Unfortunately, David agreed that it was hard to focus on the joy that is normally associated with a wedding, instead the sorrow surrounding losing the one you love was inevitable. He says, "I knew it was going to be the last time we were going to be together in a love way, it just seemed like the strangest funeral I've ever been to ... She's my great love, and I'm going to lose her, but I'm not losing her forever."

David commented on the picture Christina had taken, "it reminds me of someone who is crossing the finish line of a marathon or something. Nobody thought she would've made it that far. She proved them all wrong and that's what that photo says to me." She certainly did have a warrior spirit, and had come through an even bigger battle than a marathon, David says, "she was tough. Anyone else would have given up a long time ago. The doctors even said ‘we don't know how she's still here.’"

David explains how much it means to him that she was able to push through to their wedding day, "I saw her sick. I saw her in a lot of pain and she didn't give up until she married me. It is so humbling that someone could love me like that."

Heather's funeral took place on what was initially supposed to be the couple's wedding date. It also took place at Plantsville Congregational Church, where they planned on having their ceremony.

Christina recalls how difficult the day was for everyone in Heather's life, "that was a really hard day. The world lost an amazing person."

However, Christina sees a silver lining in the unfortunate loss of her friend, that thousands of people across the world have been touched by the pictures she took. She says, "this has been a heartbreaking time, but I'm glad this story has brought hope to so many people. This person was in her last moments and still feeling all this joy."

David wants others to cherish the love they have in their lives, because now he knows how easily it can be gone. He says, "we had a great love. Don't take your love for granted because it could be taken away."

However, there is one positive thing that everyone in attendance learned to keep in their own life - fight for your happiness like Heather would.

Sandra Lee, Breast Cancer Survivor, Wants You to be... 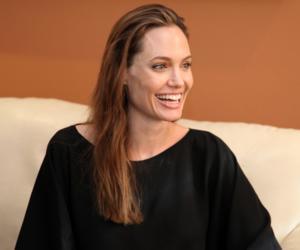 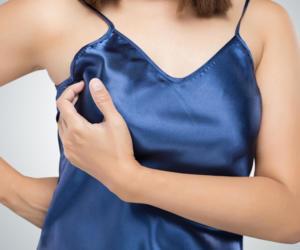 It Was More than a Rash: It was Breast Cancer

How One Woman Turned Her Breast Cancer Diagnosis Into a Business