Adapting to a diagnosis of cancer is incredibly difficult. It feels like your world is being turned upside down, and it can be hard to look toward the future with anything but dread. This became even harder for Heather Caro when she lost her job immediately after learning of her cancer.

From nurse to patient

Heather Caro was a nurse on the oncology floor at a hospital, so she figured that she was pretty familiar with cancer. Not only did she meet with patients who had cancer every single day and administer their chemotherapy treatments, but she went above and beyond. She would take part in charity runs and attend conferences to ensure she was up on the latest breakthroughs. 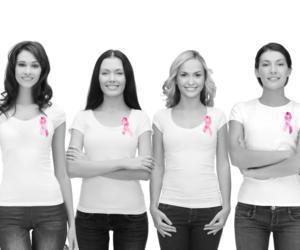 The Importance of Education During Breast Cancer Awareness...

One day she was removing her bra when she noticed a lump in her armpit. She wanted to believe that it was nothing, but went to get an ultrasound anyway. Of course, she knew the standard verbiage associated with the disease, and saw patients all the time, so when she looked at the ultrasound of the lump, she understood immediately that she had cancer. She was diagnosed with breast cancer at only 32 years old and  suddenly, the knowledge she had about cancer was no longer applicable. As the cancer patient, it's just completely different. She realized she did not know what it was like to have cancer.

She explains, "I really felt like I understood what it was like to be close to this disease. But when I was diagnosed, I realized that I really had no clue."

Changes in her personal life complicated the situation even further

At the time of her diagnosis there were changes in her personal life, making the situation even more difficult. Her husband and their children had just moved to Idaho, and she had just begun a new job as a nurse at a new hospital.

Unfortunately, this switch in her job caused a gap in her health insurance coverage for three months, an especially bad time for that to occur. As a result, when she found the lump, she waited three months instead of going to a doctor immediately. This decision stemmed out of a fear of the response being that it was a pre-existing condition, in which case she might not be able to attain the insurance she needed at her new job. So, she waited.

It was exactly one day after she regained her insurance that she went to get in for a check-up. The mammogram did not pick up on anything, largely due to the lump's location, but the ultrasound showed the problem. When the lump underwent a biopsy, the emotional and difficult process of fighting cancer began.

Just as Caro was beginning to get a handle on the cancer, she was hit with another blow. She lost her job.

Many of her friends and family were inevitably upset, feeling as if it was wrong for her to be fired - especially from a hospital. However, Caro understands that she was not fired due to her cancer, but rather the time she needed to take off in order to seek treatment, which would result in a total of approximately eight months.

The Family and Medical Leave Act (FMLA) was enacted specifically to protect people like Caro, hard workers faced with situations where leave is crucial, but it did not apply to her, unfortunately, because she had only been at her new job for three months. In order to qualify to be covered by FMLA, you have to have been with your job for at least one full year.

She now recalls what it was like, "I still remember getting that phone call from my HR department. I was just starting treatment. I was so sick, I couldn't feed myself."

The difficulty of treating cancer is especially amplified when there are troubles associated with the cost. She was assisted by fundraisers and money from her friends and family, but even to this day she has money issues due to the job loss and ensuing medical costs. She explains, "you're never going to be able to retire, because you're going to be paying off these stupid medical debts for the rest of your life. The rest of life doesn't stop when you get sick. It feels like it should, but it doesn't. You still have bills, you still have to pay your mortgage and keep the power on. In fact, it becomes more expensive because now you have all these medical bills, and have special meals and supplements in order to stay healthy."

These financial difficulties are amplified by her young age, as she was not yet able to rely on any significant savings. She was just 32. In fact, these financial problems are often so intense for young women that there is an organization to assist, called the Young Survival Coalition. Jennifer Merschdorf is the CEO, and she explains its importance, "it's not like in your twenties you've saved this huge nest egg that you can use to offset these huge medical expenses."

Struck by the injustice of the system, Caro decided to become an advocate for other young breast cancer patients like herself. She explains how a diagnosis can be even more of a shock at a young age, and difficult to bounce back from, "I remember feeling so shocked. I kind of had this idea that I was protected. How can that happen? But as time has gone on, I've realized that it happens all the time."

Battling for her health

Caro had a bilateral mastectomy, and went on to undergo reconstruction. However, as often occurs, after the reconstruction she developed a surgical site infection and was close to developing sepsis. As a result, she went back to the doctor to have the reconstruction reversed. While she had the option to try again with the reconstruction, she decided not to. She explains the decision, "when even the fake boobs were trying to kill me, I figured I needed to just concentrate on being well and strong."

While it was a difficult decision, she says that her husband helped her through it and acted as a constant support system, "he was the one who really pushed me, he said, 'Breasts aren't worth your life.' I felt like a prisoner in my own body. I never want to feel that way again."

Caro went on to have six rounds of chemotherapy and 29 radiation treatments. She says that the effect of such aggressive treatment, both emotional and physical, will stay with her forever.

However, she knows that she will never give up in living the life she loves, and is grateful to those around her. She says, "there are people out there who will help you through, you just have to let them. You can't do this alone. And thankfully, you don't have to." 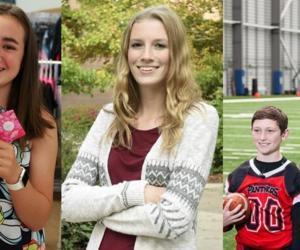 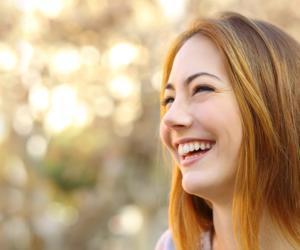 Breast Cancer: How a Makeover Can Lift Spirits 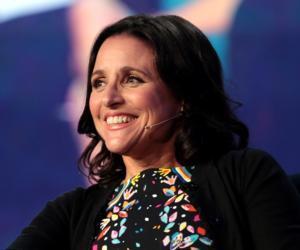