Breast cancer is the second most common cancer in the United States, after skin cancers. Currently, it affects more than 1 in 10 women worldwide. The two most common risk factors of breast cancer are being female and becoming older. If you are a woman and you have a relative (mother, sister, or daughter) who has been diagnosed with breast cancer, then your risk of developing breast cancer nearly doubles. Although uncommon, breast cancer can occur in younger women as well. Fewer than 5% of breast cancers develop in women under the ages of 40.

The highest estimated number of breast cancer cases in 2017 by state:

The highest estimated number of breast cancer deaths in 2017 by state:

It takes a lot of time to carefully gather, rummage through, and analyze data. When researchers collect data from different states or countries, it can take longer than expected. For instance, if researchers wish to learn about breast cancer survival after a period of 3 years, they must collect data on women diagnosed this year and then wait 3 years in order to collect the former data. Only then can they start to develop a full analytical report. So when you see “most recent data” dating back to 2014 or 2015, it does not mean that the data is unreliable. It simply means that it takes time to put the findings in order.

It is important to keep in mind that 5-10% of breast cancers are considered to be hereditary, typically caused by abnormal genes passed down from parent to child. Most hereditary cases of breast cancer are connected with two abnormal genes, known as BRCA1 (BReast CAncer gene one) and BRCA2 (BReast CAncer gene two). Every individual has BRCA1 and BRCA2 genes. The function of these genes is to repair cell damage in order to uphold the stability of a cell’s genetic information. In other words, the BCRA1 and BRCA2 genes help keep cells from growing abnormally or dividing too quickly to form a tumor. However, when these genes contain certain abnormalities and they are passed down from generation to generation, they may increase the risk of developing breast cancer. So if your mother, father, sibling or child has been diagnosed with breast cancer, you have a potentially higher risk of being diagnosed with the condition in the future.

Apart from genetic factors, there are also other factors that come into play when it comes to being diagnosed with breast cancer. Such factors include the following:

As you begin to learn more about breast cancer, you will become more aware of the anatomy of the breast. Understanding how the different areas and functions of the body work will help you recognize the Dos and Don’ts associated with the condition. Furthermore, certain environmental and lifestyle changes can help you keep your risk as low as it can be.

Such changes include the following:

Perform a monthly breast self-exam and consider undergoing a mammogram every year starting at the age of 30. If you have a family history of breast cancer, talk to your doctor about ways in which you can lower or manage your risk. He or she can even help you develop a screening plan tailored to your individual needs. Keep in mind that no course of action – such as removing both healthy breasts at a young age – completely eliminates the risk of cancer. There is still a small percent that cancer can grow in the areas where the breasts used to be. Of course, every woman’s situation is unique. Over the course of a lifetime, there are many different factors and changes that can affect your risk of developing breast cancer. While there are some things that you cannot change, such as your race or age, you can take care of your health and undergo close follow-ups.

Calculating patterns in breast cancer diagnosis, population characteristics, geographic variations, and medical system factors, all must be taken into account in determining the connection between geographic location and overall breast cancer treatment and survival in the United States. In any case, further analysis is required and eliminating cancer-related geographic discrepancies is a vital objective. Your duty is to become more aware of breast cancer and spread the news. Knowing your body will help you identify any unusual changes, make informed decisions, and improve your overall well-being. 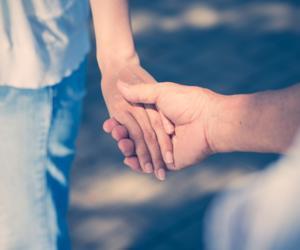 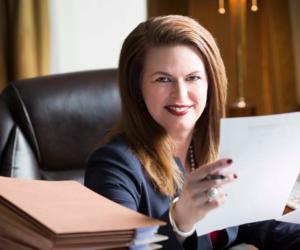 Surviving Breast Cancer Has Given Julie Stokes a New...

What Women with Breast Cancer Can Do About Depression