Coping with breast cancer can be physically and emotionally draining, leading to ongoing emotions throughout treatment and well after recovery. Some of the most common emotions that women go through include anger, denial, sadness, stress, guilt, fear, loneliness, and hope. For Joanna Kerns, the 64-year-old actress best known for his role as Maggie Malone Seaver on ‘Growing Pains’, receiving a breast cancer diagnosis was frightening.

“Had I not caught my cancer this early on, I would have had to have a year of chemotherapy, and because of the reoccurrence and aggressiveness of this particular type of cancer, which was non-invasive HER2, I chose to do the mastectomy” said Kerns. 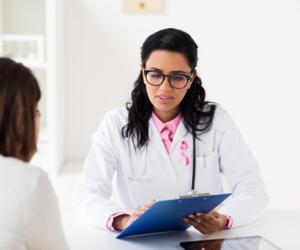 In November of 2016, following a recommendation from friend and actress, Christina Applegate, Kerns underwent a routine mammography screening that revealed an abnormal white pattern in her left breast. “What followed next is a blur. I had a biopsy the next day, a Friday. On Saturday, my husband and I were at a wedding, sitting outside on a beautiful mountaintop minutes before the bride walked down the aisle when the call came from Dr. Funk. The biopsy was positive. She was scheduling me for a lumpectomy that Wednesday. The music announcing the bride started to play. The night before my first surgery, my husband and I ate dinner at a restaurant directly across from our local Democratic headquarters. I was diagnosed with noninvasive DCIS. My tumor was nearly 5 centimeters and I learned that my type of cancer, estrogen-negative, HER2 positive, does not respond to hormone suppressants like Tamoxifen. Therefore, the option of a lumpectomy followed by radiation did not seem like the right call for me. The rate of reoccurrence is apparently quite high in the original breast, and now I had an elevated risk in the other breast as well” she said.

Ductal carcinoma in situ is the most common type of non-invasive breast cancer. It is defined as a stage zero cancer, where the tumor is found within the milk ducts, hence the term ‘ductal’. After undergoing two lumpectomies, Kerns decided to undergo a double mastectomy in December of 2016. “A mastectomy is not the right choice for every woman. Such an irreversible decision must consider all the unique things surrounding an individual: future cancer risk, cosmetic desires, family history, gene mutations, and tolerance for surveillance. It’s a deeply personal decision and I feel freedom in the choice I made” she said. “What was really interesting about this process is that breast cancer does not run in my family. I have been vigilant about screenings and exams, except this time I had missed a couple of years in there due to work and family issues, and suddenly I turn around, and it’s two years later, and I hadn’t done it and I have cancer — it was quite shocking” added Kerns.

Seven days after her mastectomy, Alan Thicke, the actor who played her on-air husband Jason Seaver in ‘Growing Pains’, died of a sudden heart attack at the age of 69. “It was so devastating. It was just a very, very hard time. I did go to the memorial four weeks out, and I was very happy to see my whole cast and my producers and dear friends” said Kerns. She stressed that following a breast cancer diagnosis, a woman’s life can turn upside town. “I’d always taken my health for granted, because I’d always been healthy. I’m athletic and love to golf and swim. I eat right. I love my family, friends, and work. And I work 'til I drop - sometimes putting in 16- or 17-hour days. I drive copious miles between LA and Santa Barbara. I’m 64 and feel 40, so how could I get sick? When you are diagnosed with cancer your life as you know it tilts sideways. You learn more about cancer in 24 hours than all your years reading or hearing about it from a distance through friends” she said.

Kerns’ breast cancer surgeon, Dr. Kristi Funk, noted that “for the most part, breast cancer is not genetic. We consider family history and gene mutations, but she didn’t have those issues. It is under our control and has to do with lifestyle choices, which we can absolutely control. If all women would control these things to her best ability, we could absolutely eradicate 50 to 90 percent of all breast cancer” she said. Nowadays, Dr. Funk’s efforts to keep Kerns on the path towards full recovery is guiding her to follow a whole-food, plant-based diet to help her remain in good health. “I strongly advise a whole-food, plant-based diet. It’s very clear that all animal-based products – whether it’s red meat, white meat, fish, dairy or eggs – cause oxidative stress in your body, which contributes to the imbalance, which leads to inflammation and free radicals and cell damage. Avoiding animal products as much as possible puts you into this super healthy antioxidant environment that cells love” said Dr. Funk.

Thanks to her doctor’s efforts, Kerns noted that she is feeling great and is now leading a healthy and active lifestyle. “I have to thank my husband. He was 100 percent behind me, and we have been through a lot together. I think we knew I was in the right place, so that’s 90 percent of it – having the right doctors. I had my husband, I had a plan and I had a great understanding of what it was going to be like. I don’t think I knew the mastectomy was going to be as tough as it was, but I just knew I was going to get better – I knew it because I caught it early. Today, I take care of myself and I’m vigilant – and I’m working out! We went to Scotland and I played golf for nine days” she said.

"Healthcare should not be for the privileged few"

“Since being diagnosed, I have met so many women who have gone through similar experiences. Early detection and the right type of screening saves countless lives. I was lucky. I had immediate access to healthcare. I feel so fortunate, but healthcare should not be for the privileged few. Everyone should have access to these most basic of preventative procedures. I often think about Christina. If she hadn’t been so open about her breast cancer, I never would have seen her interview. It is because of Christina that I found Dr. Funk, who unlike doctors before her, insisted I have contrast mammograms due to the type of breast tissue I had. And it is because of this type of screening that I found my cancer early enough to quite possibly save my life. To Christina and all the women who have shared their stories, I say, ‘Thank you’” said Kerns. Today, there are over 3 million breast cancer survivors in the United States alone.

Will undergoing a mammography tell me if I'm cancer... 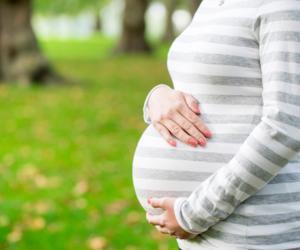 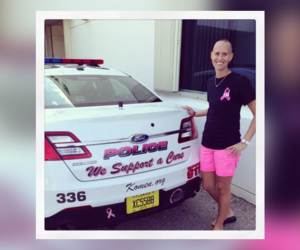