Women and the medical community need a simplified tool to screen for ovarian cancer and breast cancer whenever they visit a cancer imaging center. Such a tool should be practical and should be able to identify women who are at a high risk for ovarian and breast cancer and who might otherwise go undiagnosed, revealed a study that was presented at the 2017 American Society of Clinical Oncology (ASCO) Annual Meeting (Charnow, 2017).

A questionnaire was developed by Anne C. Kushwaha, MD, and colleagues at the MD Anderson Cancer Center in Houston and based on the Hereditary Breast and Ovarian Cancer (HBOC) genetic referral guidelines that are published by the National Comprehensive Cancer Network. The questionnaire was added to the intake forms of all of the women seeking breast cancer imaging at the breast cancer imaging center based in the MD Anderson hospital. A team of radiologists reviewed the forms and patient records to flag those patients who met the guidelines required for use of the tool (Charnow, 2017). 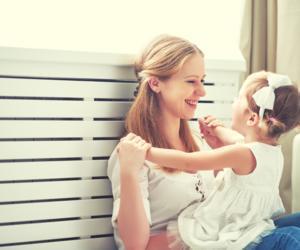 Have a question aboutBrca Gene Test For Breast And Ovarian Cancer Risk?Ask a doctor now

A total of 65 percent (106) patients were tested for BRCA1 and BRCA2. Approximately 8.5 percent (9) of the patients tested positive for either BRCA1 or BRCA2 and 7.5 percent (9) patients had an unknown variant.

Dr. Kushwaha believed that the screening tool was able to identify women with the BRCA mutations that would have otherwise been missed by their primary care providers. The fact that these patient's screening turned up findings for the BRCA1 and the BRCA2 genes suggest that the research provides immediate implications for the patients and their family members concerning future surveillance and the possibility of risk reductive surgery.

Dr. Kushwaha said, “I recommend oncologists and other medical specialties to consider partnering with your local breast imaging centers to screen for these high-risk patients in their community.”

A recent study by Dr. Ernst Lengyel, Professor Dr. Samuel Volchenboum, Dr. S. Diane Yamada, Professor Joseph Bolivar DeLee, and colleagues aimed to determine the origin of ovarian cancer. Ovarian cancer may only account for about 1.3 percent of new cancer cases in the U.S. each year, but less than half of the patients survive for five or more years after their original diagnosis.

The study was published in the journal of Cancer Discovery and the researchers aimed to uncover the eventual trajectory of high-grade serous ovarian cancer (HGSOC), the most deadly and aggressive type of ovarian cancer, and its points of origin.

Serous tubal intraepithelial carcinomas (STIC) are small lesions in the fallopian tubes that researchers believe could be precursors to primary fallopian tube cancers. The research team enlisted the help of eight patents who had each been recently diagnosed with advanced and metastatic HGSOC. The research study used sequencing technologies that examined genetic mutations in STIC, fallopian tube, ovarian, and abdominal tumors in each of the patients. The relationship between STIC and metastatic HGSOC remains unclear, however (Hubbard, 2017).

Lengyel said, “By carefully examining which mutations are found in different sites, we can reconstruct how these tumors are connected to one another and which ones are the ‘parents’ for other sites.”

Lengyel's research team discovered that STIC lesions may not necessarily mean that cancer is isolated to that location. The study did, however, find that STIC were the precursor lesions found in at least half of the patient cohort. In about 25 percent of the patients, the lesions were actually metastasis, which means that the cancer had spread from somewhere other than the abdomen. Using further analysis, the researchers utilized innovative tissue culture models to reveal that HGSOC tumor cells can implant in the fallopian tubes and mimic actual STIC lesions (Hubbard, 2017).

Two new studies have discovered links between genetic changes and variants to the development of ovarian cancer. This new development may offer researchers the opportunity to learn more about how ovarian cancer develops, how it may be treated, and how it might one day be prevented (Senthilingam, 2017).

The studies utilized tens of thousands of participants and scanned their genomes. The participants included both individuals with cancer and without. The studies revealed a total of 12 brand new gene variants (or types) that may increase a woman's risk of developing ovarian cancer.

In one of the studies, a research team at the University of Cambridge scanned the genomes of nearly 100,000 people, which consisted of women both with and without ovarian cancer as well as several women who carried the BRCA1 and BRCA2 gene mutations. Prior to this study which revealed 12 brand new gene variants, there were only 23 gene variants that were already linked to an increase in the risk of ovarian cancer from 6 percent to 19 percent (Senthilingam, 2017).

These new gene mutations will be particularly useful for the calculation of added risk faced by women who already have the BRCA1 and BRCA2 gene mutations. Dr. Justine Alford, Cancer Research UK's senior science information officer said, "If the newly identified changes are confirmed, finding out how these can lead to ovarian cancer could support research into developing new drugs and lead to more personalized treatments for the disease" (Senthilingam, 2017).

As the prognosis for almost all ovarian cancer patients is not good, there is a constant need for innovative ways to diagnose, treat, and even to prevent the disease.

Hubbard, B. (2017, January 10). A new study aims to determine origin of ovarian cancer. [Web]. In Science Life, University of Chicago. Retrieved from: https://sciencelife.uchospitals.edu/2017/01/10/new-study-aims-to-determine-origin-of-ovarian-cancer/ 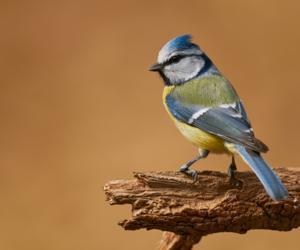 The Roles Animals Can Play in Treating Ovarian Cancer 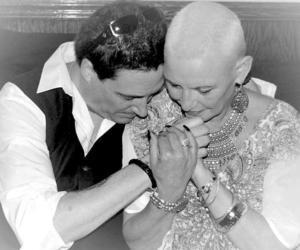 Musician and Wife Hope for Miracle in Her Battle Against... 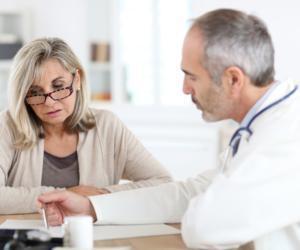 Lynch Syndrome Is a Common Hereditary Cause of Ovarian Cancer