There is a fear among some survivors of breast cancer that having a baby can cause the cancer to come back. For a while, there was no hard evidence one way or the other, so this question could cloud the mind of some women. Only ten percent of young women who have been diagnosed with breast cancer go on to become pregnant.

Breast cancer survivors are the least likely to have a baby of all female survivors of cancer. Even their doctors have had this concern, and can think of mechanisms by which pregnancy can encourage the return of breast cancer. 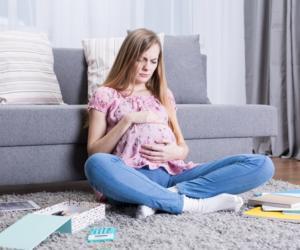 Rejoice, for these fears are unfounded. Pregnancy after breast cancer will not lead to a recurrence of the cancer, and depending on the type of breast cancer, may even increase your survival rate!

If a breast cancer survivor has estrogen receptors, then that hormone can bind to the tumor and encourage the growth of the cancer. During pregnancy, your body produces more estrogen, which theoretically can feed any cancer cells which have managed to survive the cancer treatment.

Another area of concern is interrupting a safeguard administered to some survivors of breast cancer. Hormone therapy is often used to fight estrogen receptor positive breast cancer. It is also often used after the tumor has been removed and the woman is considered cancer free, in an attempt to prevent a recurrence. This is called adjuvant hormone therapy.

Adjuvant hormone therapy can be prescribed for five years to even ten years after the cancer has been successfully treated. In order for a safe pregnancy to occur, the adjuvant hormone therapy has to be interrupted. This raises the theoretical possibility of any surviving cancer cells to flourish and bring back the disease.

Those are the concerns, at least. They make logical sense, and follow known breast cancer propagation mechanisms. But as it turns out, in practice, these concerns do not play out.

This is the largest study addressing the safety of pregnancy after estrogen receptor positive breast cancer yet published. It is titled pregnancy after breast cancer does not increase chance of recurrence. It was performed by the American Society of Clinical Oncology, and had grants from Les Amis de l'Institut Bordet and the European School of Oncology.

The data used for this study came from a study by the International Breast Cancer Study Group, partially funded by the National Institutes of Health.

The information of 1,207 women was examined in this study. Of these women, 333 became pregnant and 874 did not. All of these women had been diagnosed with non-metastatic breast cancer before 2008 and had been under the age of 50 at the time. About 57 percent had estrogen receptor positive breast cancer, and 40 percent had a poor prognosis.

On average, the women who became pregnant did so 2.4 years after their breast cancer diagnosis. Those who had estrogen receptor positive breast cancer were likely to become pregnant later than those with the other type of breast cancer. This is likely because of the fear of a recurrence of their cancer. Almost a quarter of them waited five years or longer after their diagnoses to have a baby.

The potential effect of an abortion on the chances of breast cancer recurrence were also evaluated. They also investigated whether or not breastfeeding would have an effect.

For women who were survivors of estrogen receptor positive breast cancer, there was absolutely no difference in their rate of survival, whether or not they had a baby. Abortion also had no effect, as did whether or not the mother breastfed her baby.

Unexpectedly, women who had been diagnosed with estrogen receptor negative breast cancer were more likely to survive after becoming pregnant than those who did not. They had a 42 percent lower chance of dying between diagnosis and the follow up than the women who did not become pregnant.

The researchers were intrigued by the apparently protective effect of pregnancy in the estrogen receptor negative women. Hypotheses include some sort of hormonal mechanism or immune system mechanism, but this is an area for further study and no answers were found in this study.

Only 64 of the women were asked about breastfeeding, and of them only 25 reported breastfeeding their baby. They did not sway the breast cancer recurrence risk results one way or another. The authors did report that this shows that breastfeeding is feasible even after breast surgery, which is something else some people fear.

The researchers looked at the results of this long-term follow-up and concluded that pregnancy after a breast cancer diagnosis is safe, regardless of the estrogen receptor status of the breast cancer. They also believe that the research supports the idea that interrupting adjuvant hormone therapy is safe.

There are several avenues the researchers would like to examine after this study. The intriguing result that pregnancy may have a protective effect against estrogen receptor negative breast cancer begs for more research into the matter.

While the study seemed to suggest that interrupting adjuvant hormone therapy while attempting for a baby was safe, more research into the matter would go a long way to ensuring that the practice is truly safe. In fact, that research is currently in effect.

It is called the POSITIVE study. It will not only look at interrupting adjuvant hormone therapy but will also examine the effects of reproductive technologies such as in vitro fertilization as well as the impact of breastfeeding on breast cancer survivors. Those variables were all not as strongly examined in this study as the researchers would have liked.

It is called the POSITIVE study because Pregnancy Outcome and Safety of Interrupting Therapy for Women with Endocrine Responsive Breast Cancer is a quite a name.

At the time of this writing, POSITIVE is still recruiting participants. If you would like to further the march of science, please visit clinicaltrials.gov and search for the POSITIVE study. It is sponsored by the International Breast Cancer Study Group.

If you are considering having a baby and are a survivor of breast cancer, please be encouraged and relax any fears you may have about your pregnancy bringing back that dreaded breast cancer.

The Unspoken Hardships of Breast Cancer and How to...

What color should discharge be after birth? 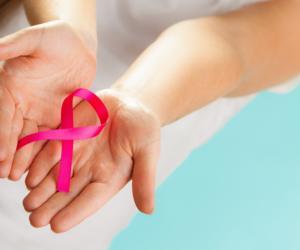 How do you know if you conceived after ovulation?

Revealing your Breast Cancer Diagnosis to Your Loved Ones