Many high school science projects aren’t exactly medical breakthroughs. They are streaming volcanoes filled with baking soda and soda, or maybe adorable plants growing in different types of soil. High school science fairs are meant to be fun and engaging, so that young boys and girls can be inspired to pursue future careers as budding scientists.

But for this high school student, the science fair wasn't just fun and games. 17-year-old Indian Springs High School Senior Kenneth Jiao exceeded all expectations when he entered the Siemens regional science competition. He won the individual category at the regional competition, held at the University of Texas in Austin this past year. 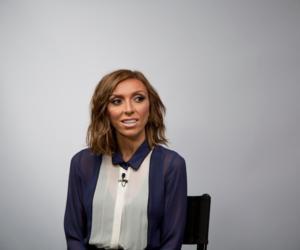 His breakthrough project won him a well-deserved $3,000 scholarship and the chance to compete in the final round of this prestigious, national science competition.

His work on breast cancer metastasis

So what was Kenneth's award-winning project? This wasn't some cute little plant experiment or fake lava - Kenneth's project was some advanced science. The name of his project is "Retain CHD7, an Epigenetic Regulator, in the nucleus to combat breast cancer metastasis." It sounds wordy, but essentially Kenneth investigated genes that had a role in breast cancer metastasis. Talk about this young man's potential to save the world! Kenneth's working hard already to find a cure for cancer.

Why Kenneth's work is so important

CHD7, the gene Kenneth was studying, has molecular functions that could help fight the spread of breast cancer cells. This is important because once breast cancer, or any cancer, spreads away from the original site, it becomes much harder to treat. This is called metastases, and many people die when their disease reaches this stage. About 90% breast cancer-related deaths are due to metastasis. The most common places for breast cancer to go include the bones, lungs, liver, and the brain. These are such important organs, so it’s no wonder that mortality becomes so much higher when breast cancer spreads.

Because metastatic cancer is so hard to treat, it's really important to understand how we can fight it. Kenneth's impressive research does just that. By looking at ways that metastatic cancer might be inhibited, we could potentially develop ways to treat this severe disease and help people overcome this terrible disease. Even the judges were impressed with how impactful Kenneth's high school science project is - he's contributing in a major way for cancer research!

The judges were more than impressed

Competition judge Dr. Z. Jeffrey Chen, a professor of Molecular Biosciences at the University of Texas at Austin, shares with us how impressed he is with Kenneth. He believes that Kenneth's work could help scientists develop a way to discover a biomarker for metastatic breast cancer. Biomarkers can help us guide treatment options, and can potentially save lives. It's rare that an individual project can do so much to impact medicine in such an important way - but Kenneth's project has done just that.

How did Kenneth get involved in such amazing research? As an exceptionally intelligent student, it helps to be in an area that is supportive of his growth and development. He's from the Birmingham area, which is home to the nations most prestigious medical center. His mentor is from the University of Alabama, Birmingham School of Medicine, Dr. Lizhong Wang.

Kenneth's mother and father are both scientists, which explains where Kenneth got his intelligent genes. His mother, Dr. Qin Wang, is a professor of cell, development, and integrative biology at the University of Alabama. His father, Dr. Kai Jiao, is the associate professor of genetics at the same institution.

Kenneth's story is one of inspiration too. His mother was diagnosed with a breast tumor 2 years ago. Luckily, it turned out to be benign, but it was still a terrifying experience for the whole family. He was very aware of his mother's vulnerability, and the desperation that families feel when faced with a serious disease like breast cancer. Kenneth hopes that he can help make a world a better place. He wants a future where nobody will ever have to worry about breast cancer at all.

Since middle school, Kenneth's talent as a scientist has been award-winning

Determined to make a difference, the young man started his already impressive science career at a young age. He started out at science fairs in the eighth grade, then founded a Science Olympiad team at his school. As just a middle school student, he was already gaining attention on a national level, winning third place at the Intel International Science and Engineering Fair.

Then high school came around, and Kenneth had big goals to keep up. In his junior year, he decided to hone his research skills by taking Advanced Placement classes. he even took summer courses at the Institute at the University of Alabama. He studied research methods, chemistry, and biology. Kenneth couldn't be happier with the education that he received. His mentors are amazing scientists that were wonderful role models for him.

Kenneth has big hopes for his future. This incredibly motivated young man wants to pursue a degree in Life Sciences Management a the prestigious University of Pennsylvania. He plans to explore both business and medicine aspects of health care. He believes that both fields will give him the tools to help him achieve his ultimate goal - to make the world a better place.

Kenneth says that at the end of the day, all he wants is to help save people and improve health in the general population through medicine. He aspires to be a leader in both pharmaceutical and biotech industries.

Kenneth isn't only a talented scientist fighting breast cancer, but he's got some gaming tricks up his sleeve too. Kenneth is a talented chess player. As the 28th best chess player in the entire state of Alabama, he's already led his school team into two state championships with his talent. 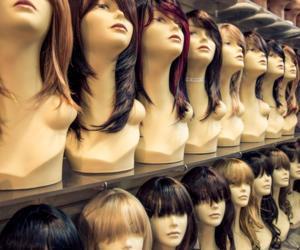 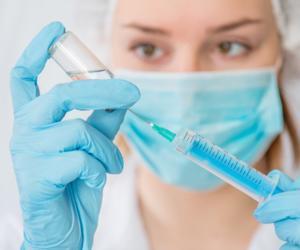 Is fatigue and loss of appetite normal during chemotherapy?

How Breast Cancer Diagnosis and Support Have Changed

10 Things to Understand When Diagnosed with Breast Cancer