After her friend died from ovarian cancer, Ruby was devastated. However, she committed herself to raising awareness in a very brave way.

At only thirteen years old, Ruby thought of a way to raise awareness for ovarian cancer that she was sure would grab people's attention. She decided that she would shave her head on live television on the Lorraine Kelly show. 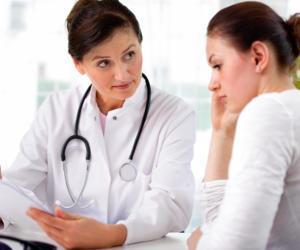 How Your Father’s Genes Can Affect Your Ovarian Cancer...

She wanted to raise this awareness because it is a good cause, but specifically because of her friend Gill. Last February, Gill passed away at the age of 67, soon after she founded the Gill Harler Fund. Her goal was to create as much awareness as possible, especially amongst women who might be at risk. She believed that if more people were aware of the risks of the disease, they would be more diligent in searching for symptoms, which would increase early detection, which increases potential survival rates. Gill even made a small card for women to keep in their purses that could remind them what they should be checking for, and pass it on to their friends as well.

Not only was Ruby inspired by her friend Gill and dedicated to continuing her legacy, but she had learned that many teenagers had died from ovarian cancer over the past year, which is considered rare as most women with ovarian cancer are middle aged. This inspired Ruby to get involved because she believed she could get the attention of those who are her age, and show that you are never too young to pay attention to your body and check in on your health.

Because many women lose their hair during chemotherapy, Ruby figured cutting off her luscious locks on live television would be a great way to spark awareness. Producers said she would have the option to simply get a short haircut instead of cutting off all her hair, but she wanted to completely shave it off. Ruby explained, "I feel like it's more powerful if you have it all shaved, and you raise more money and awareness if more people know about it."

However, Ruby had lots of people supporting her, which made the big decision easier. She says, "my friends are all really supportive. And the school has too."

One of her biggest supporters is Gill's daughter, Karen. She joined Ruby on the show during the big cut, and discussed what she thought of Ruby's big decision, "I think at first mum would have said not to do it, but she would be so proud. Mum thought a lot of Ruby, it's such a powerful point to get across."

It was especially fitting that Ruby's brave act took place on Lorraine Kelly's show because Gill Harler had been a finalist for her Inspirational Woman of the Year in October of 2016.

Not only was the action of cutting her hair off important for raising awareness, but the hair she cut off was going to be made into a wig for a child who had lose their hair due to chemotherapy. This is via the Little Princess charity, and you can contact them if you are interested in donating your hair to a young person going through cancer treatment. You do not have to completely shave your head like Ruby, but simply be cutting off enough to make a wig out of - which might just be a normal haircut you're getting anyway!

Fortunately, hair stylist Leo Bancroft was there to make sure that Ruby still looked great with her shaved head, and gave her a level two. He pointed out that over 6,000 wigs are donated to Little Princess every year, even though they require 6.5 inches to make a wig.

During the process, it was actually Lorraine Kelly who seemed to be showing the most nerves. She continually asked Ruby "Are you OK?" but eventually said, "there's no going back now." However, Ruby did not really need to be checked in on in that way. She was dedicated to the cause and proud to be involved in the movement. In the end, her hair looked great, too! Actress Suranne Jones even said, "you look like Millie Bobby Brown."

Ruby was inspired by her mother, who had also shaved her hair for the cause two years earlier. The idea behind both of their new hairdos was to support their friend's charity. Ruby's mother, who appeared on the television show with her, was extremely proud of her for her decision.

Ruby was certainly successful in raising awareness for the cause, and fans of the show certainly reached out to voice their support. One fan tweeted "So much Respect to you Ruby your Amazing And such a Inspiration @lorraine #lorraine" while another wrote "What a brave, inspirational teenager! #lorraine Completely shaving her head for charity, amazing!"

The funds that were raised by Ruby's brave act were shared between the Gill Harler Fund, which received 70 percent, and the Will Mackaness Trust, which received 30 percent. The money going to the Gill Harler Fund will be used to produce more cards that women can keep in their handbags, as well as increasing distribution. The donations to the Will Mackaness Trust will be used in working toward its mission, "to give as many young people the opportunity to experience the thrill of water activities and give support to those who have shown a particular skill in water activities to enable them to progress further."

Why awareness is important

Gill emphasized the need for knowledge when it comes to ovarian cancer, and there are a few main reasons why every woman should have a background knowledge on the disease. First, it's known as the silent killer - largely due to its lack of symptoms in early stages. However, despite not being the most common, it is the most deadly form of cancer. Unfortunately, treatment is extremely difficult.

Second, it is important to note that missing the disease and misdiagnoses are common. While there may be symptoms present, many mistakenly attribute them to something else, or assume they will go away eventually. Unfortunately, even when women do tell their doctors about their symptoms, sometimes the vagueness will lead to a misdiagnosis that can set back the course of treatment, and damage the chances of recovery.

Finally, early diagnosis is the best shot at recovering from ovarian cancer - so, it's important to be on the lookout for it. For those who are diagnosed early, approximately 90% will be alive five years later. This statistic is much more positive than those diagnosed later, so always give yourself the best chance.

Symptoms to look for

So, what are these symptoms that women should be on the lookout for? Symptoms of ovarian cancer include feeling constantly bloated, discomfort in the stomach or pelvic area, persistent indigestion or nausea, urgency and increased frequency in urination, swelling, loss of appetite and feeling full quickly, pain during intercourse, change in bowel movements, sore back, constant fatigue, weight loss, and vaginal bleeding. If you are experiencing any of these, you should visit your doctor and get checked. While it may not be ovarian cancer, there could also be other potential issues.

These Ovarian Cancer Therapies Have Fewer Side Effects 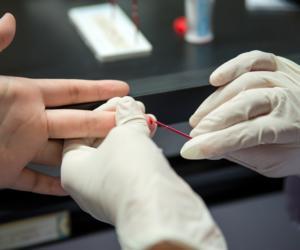 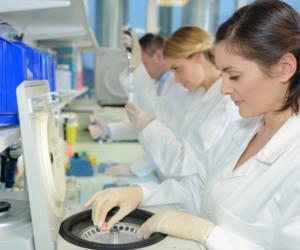 What’s Getting in the Way of Treatment for Rare Types... 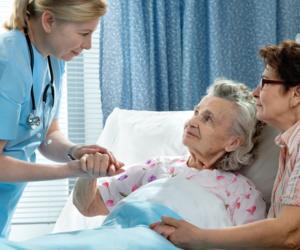 Can Ovarian Cancer Screening Cause Harm in Women Without Symptoms?