What is Cardiothoracic surgery?

To become a board-certified cardiothoracic surgeon in the United States, a student must complete four years of undergraduate university work, four years of medical school, five years of a general surgery residency, and two to three years of a cardiothoracic surgery residency. There are opportunities for fellowships to further specialize in fields such as adult heart surgery, children’s heart surgery, heart transplantation, and disorders of the lungs and esophagus if desired. Some new integrated programs offer a six year clinical program that allows students to go more directly to cardiothoracic surgery (The Society of Thoracic Surgeons). To become board certified, candidates must successfully complete residency requirements and pass an examination. To maintain board-certified status with the American Board of Thoracic Surgery, doctors must complete at least 30 hours of continuing medical education (CME) yearly, retake the examination every ten years, and submit letters from peers regarding their clinical abilities. They must also participate in a practice quality improvement project every five years and take a course on patient safety every five years (American Board of Thoracic Surgery).

Francisco Romero was a Catalonian physician who is considered the first heart surgeon. After he completed medical school, he spent time working with the military, where he encountered many cases of a condition called pericardial effusions (Aris, 1997). The pericardium is a fluid filled membrane that encloses the heart. A pericardial effusion is when there is too much fluid in the sac. The excess fluid presses on the heart which negatively affects heart function. The condition is potentially life-threatening if left untreated (Mayo Clinic). Romero became frustrated with the medical treatment being employed at that time, so he decided to try a surgical approach. In 1801, Romero treated the condition by making a small incision between the ribs and draining the excess fluid from the pericardium. Five pounds of fluid were removed and the patient recovered enough to return to work in four months. The patient’s only complaint three years later was some pain around the original incision site. Romero also drained pleural effusions (too much fluid around the lungs) in a similar open manner. Romero presented his work to the Society of the School of Medicine in Paris in 1815, but the approach was rejected as too aggressive by the society and his work was silenced (Aris, 1997).

Ludwig Rehn was a German surgeon known for performing the first successful suture of a wound to the heart (called a cardiorrhaphy) in 1896. At that time, the prevailing opinion was the heart was considered a sacred organ and surgery for it, especially to repair a wound, was taboo.

The patient was a 22-year-old man with a history of irregular heartbeat who had been stabbed. When Rehn arrived at his bedside, the patient was near death due to blood loss, and Rehn felt he had no option other than to perform surgery. He opened the chest cavity and eventually discovered the cause of blood loss: a 1.5 cm wound to the heart itself. He placed three stitches into the heart muscle. The patient eventually recovered.

Rehn presented a report of this success to the German Society of Surgeons. Cardiorrhaphy become more accepted and thus performed more, and the mortality rates from wounds to the heart, which had been nearly 100% before this surgery, began to decrease (Blatchford, 1985).

Ferdinand Sauerbruch was a German physician who developed a pressure-differential chamber for thoracic surgery in 1904. Before that time, surgeries on the chest were always fatal due to complications from lung collapse when the chest cavity was opened. Sauerbruch realized that the negative pressure in the chest needed for normal breathing must be equalized with negative atmospheric pressure so that the lung would not collapse during the surgery. He devised a chamber that allowed this to occur, successfully tested it on dogs, then successfully tested it on a human patient. The pressure-differential chamber allowed for successful surgeries on the lungs, esophagus, mediastinum, and other structures of the chest. Sauerbruch also invented new tools to make the surgeries easier, and new methods for performing surgery. For his contributions, Sauerbruch is considered a pioneer of thoracic surgery (Cherian, 2001).

Alexis Carrel was a French surgeon whose experiments made advances in cardiothoracic surgery and anesthesia possible. For his development of innovative suturing techniques that allowed blood vessels to be sewn together, Carrel was awarded the 1912 Nobel Prize in Medicine or Physiology. This laid the groundwork for the development of successful organ transplantation in the future.

Carrel also served in the French Medical Corps during World War I, at which time he and a colleague, American chemist Henry Dakin, developed a method of caring for wounds that decreased the need for limb amputations due to infection. This method included cleansing of the wound, surgical debridement, and irrigation of wounds with an antiseptic solution, now called Dakin’s solution, which is still in use today.

Carrel then teamed up with American engineer Charles Lindbergh (who was also a famous pilot) to create the first pump oxygenator which allowed for long term perfusion of organs in 1935. This would allow many types of future surgeries to be done, including heart valve repairs, cardiac bypass, and transplantation (Dente, 2005).

Robert E. Gross was an American pediatric surgeon who is best known for performing the first successful ligation of a patent ductus arteriosus (PDA) on a child in 1938 (Murray et al., 2013). The normal heart has four distinct chambers with valves that open to allow blood flow into the chamber of the heart and close to prevent blood flow backwards. PDA is a congenital (meaning someone is born with it) malformation of the heart where there is an extra opening between two chambers of the heart. This opening is a part of normal development of the fetus while in the mother’s uterus but is supposed to close before birth. If it does not close, it allows poorly oxygenated blood to flow in the wrong direction. This causes overworking of the heart muscle which can lead to heart failure and death (Mayo Clinic). At the time Gross performed the surgery, children with this malformation of the heart were not expected to live past adolescence. Gross cured the problem in his seven-year-old patient by simply tying off the extra vessel so that blood could no longer flow through it. The operation was successful and the child grew into a woman. During her first pregnancy, her doctor was concerned she could have problems with her heart, and she was sent back to Dr. Gross. From that day until Dr. Gross’ death, she sent him a card every Valentine’s Day and they remained in contact. As of 2013, the patient was still living and a great-grandmother, the world’s longest known survivor of heart surgery.

Rudolf Nissen was a German surgeon known for his advances in thoracic surgery. He performed the first successful total pneumonectomy (removal of a lung) in 1931. The patient was an eleven-year-old girl who was hit by a vehicle which caused the collapse of a lung. The lung was re-inflated, but she developed a severe infection. Nissen realized the only way to save her life was to remove the infected lung. Later uses for removal of a whole or part of a lung include treatment for tuberculosis, lung cancer, trauma to the lung, and other conditions.

He later developed a surgical method for treating gastroesophageal reflux disease, which commonly presents as heartburn. This involved wrapping a small portion of the stomach around the esophagus and suturing it in place. This procedure is still widely performed laparoscopically today and bears his name: the Nissen fundoplication (Fults, 2011).

Christiaan Barnard was a South African surgeon best known for performing the first successful human heart transplantation in 1967 (Hoffenberg, 2001). The patient was a 55-year-old man named Louis Washkansky who was dying of heart failure. The donor was a 25-year-old woman who had died in an automobile accident (Columbia University Medical Center). Washkansky lived eighteen more days, then died of pneumonia in both lungs. The operation was still deemed a success (Hoffenberg, 2001). Barnard’s second transplant was performed two weeks later, with the patient living 19 months afterward (Altman, 2001). Barnard became internationally famous overnight.

The successful transplantation of the heart brought up some important legal and ethical questions about when someone could be declared dead and their still beating heart be removed from their body. This eventually brought about the term “brain dead” (Hoffenberg, 2001). Barnard’s decision to use a brain dead donor for both of his operations opened the door for transplantation of organs in addition to the heart from patients who were deemed brain dead (Altman, 2001).

Pediatric heart transplants proceed in much the same way as adult transplants. With children, the donor heart must be the correct size for the child and will grow with the child (The Society of Thoracic Surgeons).

Current studies from the National Heart, Lung, and Blood Institute are focusing on two areas: cell biology and bioengineering. The cell biology section is studying the use of stem cells to help replace damaged cells in the heart following a heart attack. Current studies are being done in pigs and once successful, human trials will take place. The bioengineering section is interested in new minimally invasive techniques for performing cardiothoracic surgery, including the development of new devices and tools to make surgery easier and give better outcomes for the patient. Current projects are looking at heart valve replacement surgeries and CABG (National Heart, Lung, and Blood Institute).

Professors at Yale School of Medicine are conducting studies on left ventricular assist devices. These devices help the left ventricle of the heart (the heart chamber responsible for pumping blood to the rest of the body) when it is failing. One type of device is implanted into the body and runs using a battery outside the body. The second type is completely outside the body and usually only used for very ill patients in a critical care unit inside the hospital. They are also researching wireless energy transfer to artificial heart pumps so that a battery unit would not need to be attached to the patient for the pump to work (Yale School of Medicine).

The Pediatric Cardiac Surgery Lab associated with Stanford University’s Department of Cardiothoracic Surgery is looking for ways to correct heart structure abnormalities present in children while the child is still in the mother’s uterus. They are also trying to make artificial heart valves that grow with the child (Stanford Medicine).

Researchers in Columbia University’s Cardiothoracic Surgery Research Lab are looking for ways to predict the development of thickening of the heart muscle leading to heart failure after heart transplantation (termed cardiac allograft hypertrophy). The development of cardiac allograft hypertrophy has been associated with worse clinical outcomes and a decreased survival rate. Researchers hope that by finding ways to predict when it will occur, they can then put measures in place to prevent or delay its occurrence in patients (Columbia University Department of Surgery).

Cardiothoracic surgery is a thriving surgical subspecialty in terms of innovation and patients helped, thanks to the work of early pioneers and current researchers.

The Road to Becoming a Cardiothoracic Surgeon. (n.d.). Retrieved September 9, 2017, from https://www.sts.org/sites/default/files/documents/pdf/BecomeACTsurgeon.pdf

What is a Cardiothoracic Surgeon? (n.d.). Retrieved September 9, 2017, from https://ctsurgerypatients.org/what-is-a-cardiothoracic-surgeon 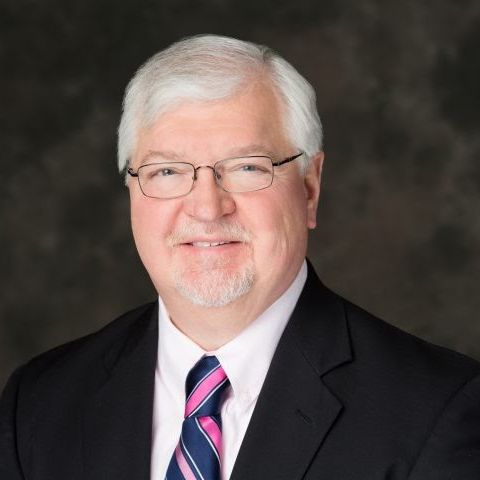 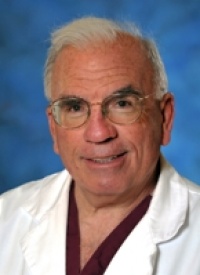 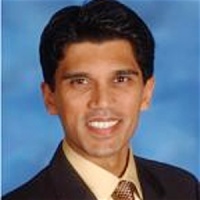 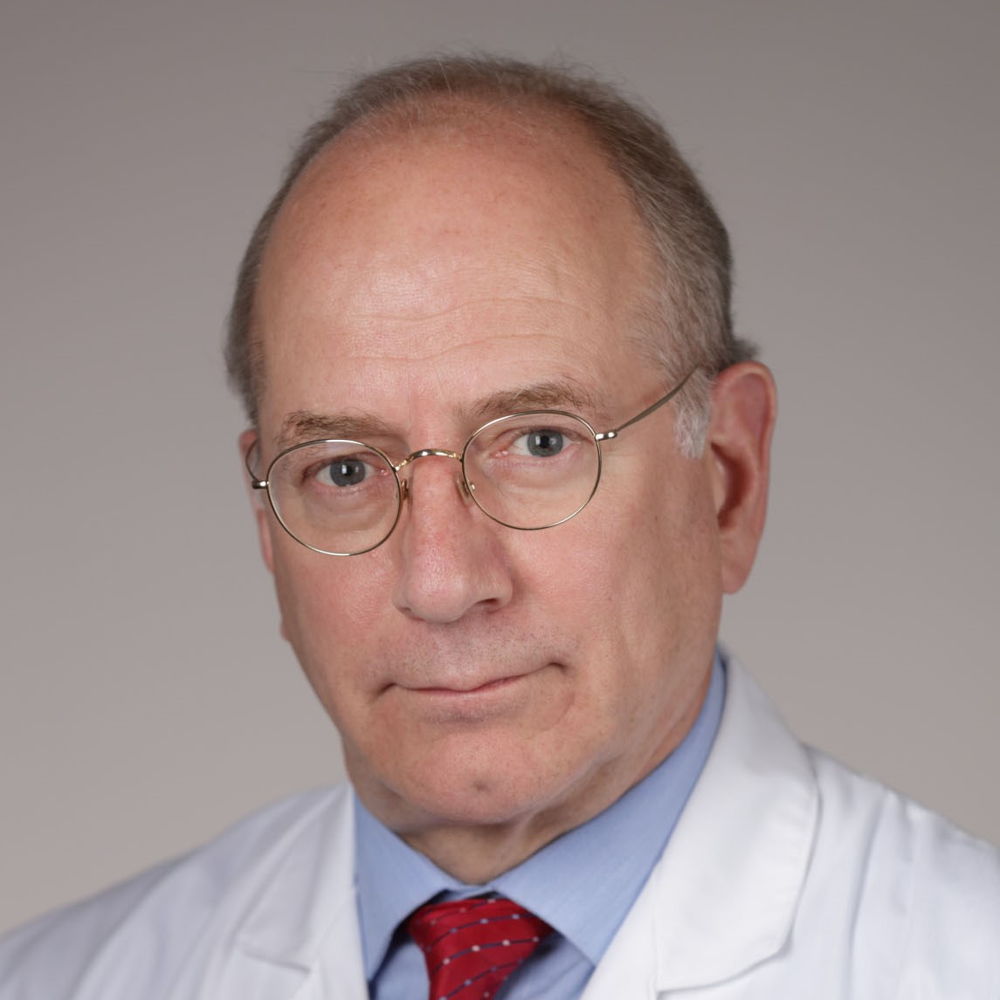 Find a Thoracic Surgeon by State or Region 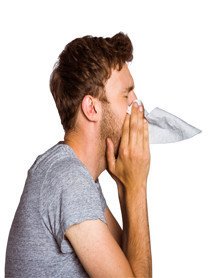 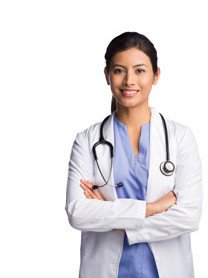