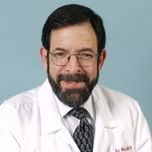 Ira E. Mayer, MD, FACG, FACP, FAGA, is a gastroenterologist who diagnoses and treats patients at Maimonides Medical Center in Brooklyn, NY. He initially joined Maimonides in 1980 and was appointed Director of the Division of Gastroenterology in 2011. Furthermore, Dr. Mayer is an Associate Professor of Medicine at SUNY Downstate Medical School. In addition, he maintains several memberships with Maimonides’ Executive Medical Council, Executive Committee of the Medical Staff, and Hospital-Wide Peer Review Committee. As a gastroenterologist, he specializes in the management of diseases of the gastrointestinal tract and liver. Throughout his extraordinary career in medicine, Dr. Mayer has been actively involved in research and has published and presented at national meetings.

American Board of Internal Medicine (ABIM)

Dr. Ira E. Mayer, MD has a rating of 5 out of 5 stars based on the reviews from 13 patients. FindaTopDoc has aggregated the experiences from real patients to help give you more insights and information on how to choose the best Doctor in your area. These reviews do not reflect a providers level of clinical care, but are a compilation of quality indicators such as bedside manner, wait time, staff friendliness, ease of appointment, and knowledge of conditions and treatments.
Overall Rating
Promptness
Courteous Staff
Accurate Diagnosis
Bed Side Manner
Would Recommended to Family and Friends

Dr. Mayer is a practicing gastroenterologist specializing in gastrointestinal cancer care. He serves as the Director of the Division of Gastroenterology at Maimonides Medical Center.

Recognized for clinical excellence and exceptional patient care, Maimonides Medical Center is a non-profit, non-sectarian hospital located in Borough Park, in the New York City borough of Brooklyn, in the U.S. state of New York. Maimonides is both a treatment facility and academic medical center with 711 beds, and more than 70 primary care and subspecialty programs.

At the start of his academic career, Dr. Mayer graduated with his medical degree from New York Medical College in 1975. He then went on to complete his internship and residency in internal medicine at New York Medical College-Metropolitan Hospital Center in New York City in 1978. This was followed by a fellowship in the Division of Digestive Diseases at Emory University School of Medicine in Atlanta, Georgia in 1980.

Following the completion of his training, he joined the Medical Staff of Maimonides Medical Center in 1980. He also served as a Staff Physician at the Brooklyn VA Medical Center and as an Assistant Attending Physician at Kings Highway Hospital in the 1980s.

In 2000, Dr. Mayer was appointed the Chairman of the GI Performance Improvement Committee, and the Director of the GI Motility Laboratory in 2005, both at Maimonides Medical Center. In November of 2011, he was appointed the Division Director and Fellowship Program Director of the Division of Gastroenterology at Maimonides. He has had faculty appointments at SUNY Health Science Center at Brooklyn and at the Icahn School of Medicine at Mount Sinai in the past.

Passionate about his profession, the doctor is board-certified in internal medicine and gastroenterology by the American Board of Internal Medicine (ABIM). The ABIM is a physician-led, non-profit, independent evaluation organization driven by doctors who want to achieve higher standards for better care in a rapidly changing world.

Throughout his fruitful career, Dr. Mayer has been involved in research & has published and presented at national meetings. He has been recognized by the Castle-Connolly Guide as a Top Doctor in New York every year since its inception.