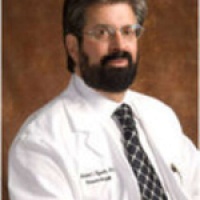 American Board of Psychiatry and Neurology (ABPN)

Get to know Neurologist Dr. Morton I. Hyson, who serves patients in Las Vegas, Nevada.

A prominent neurologist, Dr. Hyson works with patients at his private practice in Las Vegas, Nevada. He has also served as a Clinical Assistant Professor at the University of Nevada School of Medicine since 1993, and at Touro University since 2000.

With a broad educational background, he completed his pre-medical education at the University of Michigan in 1969, before earning his Bachelor of Arts degree in Music at the Case Western Reserve University Cleveland Institute of Music in 1972. After a year with the Cincinnati Conservatory of Music, he went on to complete his Master of Science degree at Columbia University in 1975, and attended the Wayne State University School of Medicine.

Graduating with his medical degree in 1979, Dr. Hyson completed his internship at the Sinai Hospital of Detroit in 1980. He completed his residency in neurology at the McGill University Montreal Neurological Hospital in Quebec, Canada in 1983. Upon completing his residency, he opened a private practice in Arlington, Texas, where he worked for 7 years before relocating to Las Vegas, Nevada.

An expert in his field, the doctor is board-certified in neurology by the American Board of Psychiatry and Neurology (ABPN). The ABPN is a not-for-profit corporation dedicated to serving the professions of psychiatry and neurology.

In his professional experience, he is the inventor and patent holder of the Anticephalgic Photoprotective Premedicated Mask. A successful placebo-controlled double-blind study was performed utilizing the mask. He authored an article summarizing the results of the study, which was published in "Headache" Magazine. He has also written articles which have been published in "Headache Quarterly'', and in "Neurology".

Head east on Goldring Avenue 904 ft
Turn left onto Shadow Lane 617 ft
You have arrived at your destination, on the left