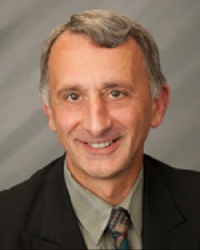 Dr. Christian Robertozzi is a podiatrist practicing in Newton, NJ. Dr. Robertozzi is a medical doctor specializing in the treatment of the foot , ankle and related parts of the leg. As a podiatrist, Dr. Robertozzi diagnoses and treats conditions of the feet. The feet are key body parts that give a person stability, absorb shock, allow for walking and standing and are necessary for overall well-being. So, the feet need expert care. Podiatrists can specialize in surgery, wound care, sports medicine, diabetic care and pediatrics.

American Board of Foot and Ankle Surgery

American Board of Podiatric Medicine

American Board of Quality Assurance and Utilization Review Physicians

Dr. Christian Robertozzi, DPM has a rating of 1 out of 5 stars based on the reviews from 1 patient. FindaTopDoc has aggregated the experiences from real patients to help give you more insights and information on how to choose the best Podiatrist (Foot and Ankle Specialist) in your area. These reviews do not reflect a providers level of clinical care, but are a compilation of quality indicators such as bedside manner, wait time, staff friendliness, ease of appointment, and knowledge of conditions and treatments.
Overall Rating
Promptness
Courteous Staff
Accurate Diagnosis
Bed Side Manner
Would Recommended to Family and Friends

Being a well-versed podiatrist, Dr. Robertozzi specializes in the diagnosis and treatment of conditions affecting the foot and ankle such as wound care, heel and arch pain, bunions, hammertoes, ingrown nails, sports injuries, and foot care associated with diabetes. At Advanced Foot and Ankle Care PC, he treats everyone from infants to seniors, providing both non-surgical and surgical options for foot and ankle conditions.

Since 1983, he has also been serving on staff at Newton Medical Center, which provides high-quality hospital services to patients in Sussex County, New Jersey.

Following the completion of his Doctor of Podiatric Medicine degree from the California School of Podiatric Medicine in 1981, Dr. Robertozzi went on to further his education. He completed his residency in podiatric surgery at Huntington General Hospital in Boston in 1982, after which he served as a Captain in the United States Army Reserve until 1989.

Turning his attention to his local hospital, Newton Medical Center,  Dr. Robertozzi served as Chief of Surgery, President of the Medical Staff and is currently the Director of the Newton Summer Internship Program.  He also sits on the Credentials Committee of the hospital.

Among Dr. Robertozzi’s most notable achievements, he received the Stanley S. Bergen Jr., M.D. Award for Achievement in Medicine; the John Lucas, MD Emerging Physician Leader Award; the Sussex County Chamber of Commerce Customer Service Award; and Distinguished Service Citation. He was also named one of the top 150 VIP DPMs by Podiatry Management.