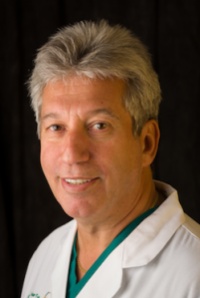 Dr. Richard M. Goldfarb, MD, FACS has a rating of 4 out of 5 stars based on the reviews from 46 patients. FindaTopDoc has aggregated the experiences from real patients to help give you more insights and information on how to choose the best Doctor in your area. These reviews do not reflect a providers level of clinical care, but are a compilation of quality indicators such as bedside manner, wait time, staff friendliness, ease of appointment, and knowledge of conditions and treatments.
Overall Rating
Promptness
Courteous Staff
Accurate Diagnosis
Bed Side Manner
Would Recommended to Family and Friends

Dr. Goldfarb is a nationally-recognized, award-winning cosmetic surgeon offering advanced treatment options for both men and women at the Center for SmartLipo & Plastic Surgery in Langhorne, Pennsylvania, which he established in 2007. He leads a team of highly trained and experienced physicians and staff who are dedicated to the individual needs and goals of each patient through compassionate, consultative care.

Being a highly sought after surgeon, Dr. Goldfarb lectures and trains physicians both nationally and internationally on numerous cosmetic, surgical, and aesthetic laser topics. As a result of his renowned reputation and expertise, he was awarded the Medical Directorship of the following 3 leading companies in the cosmetic and laser industries The Silhouette Lift, Selphyl, and Viora. What’s more, he pioneered the technique to combine the Silhouette Lift with fat transfer and Selphyl for total facial rejuvenation, now known as “The Goldfarb Procedure.”

Among the doctor’s professional achievements, he is a faculty member and is on the Board of Directors of The National Society of Cosmetic Physicians. There, he recently had the honor of chairing their annual meeting, which hosted hundreds of physicians from around the world. He is also a faculty member and lecturer for The Aesthetic Show, a training organization for physicians in the field of cosmetic surgery, laser surgery, and aesthetic medicine.

In regards to his educational background, Dr. Goldfarb graduated from the University of Health Sciences / Finch University, The Chicago Medical School with top honors in surgery. He completed his surgical training at Northeastern Ohio Medical University. He did additional training in cosmetic surgery at the University of Pennsylvania, Department of Plastic Surgery and Yale University.

Cosmetic surgery is a unique discipline of medicine focused on enhancing appearance through surgical and medical techniques. It can be performed on all areas of the head, neck, and body. Because treated areas function properly but lack aesthetic appeal, cosmetic surgery is elective. The professionals who specialize in this line of work are known as cosmetic surgeons.

Referred to as “the visionary leader of aesthetics” and “the doctor you want to get to know” by both his patients and professional colleagues alike, Dr. Goldfarb is a remarkable physician. His patients, colleagues, and students hold him in the highest regard for the quality of results he delivers and his exceptionally welcoming and pleasant personality. His sense of compassion radiates throughout the warm environment of his office and the time and attention he devotes to each patient.

Head west on Walnut Street 664 ft
Turn left onto South 8th Street 874 ft
Turn right onto Spruce Street 193 ft
You have arrived at your destination, on the left

Head west on Walnut Street 2002 ft
Turn right onto South 11th Street 437 ft
You have arrived at your destination, on the right

Head southwest on Town Center Drive 399 ft
Turn right onto Middletown Boulevard 2705 ft
You have arrived at your destination, on the right

Head northeast on North Broad Street 2613 ft
Turn right onto Medical Campus Drive 878 ft
You have arrived at your destination, on the right