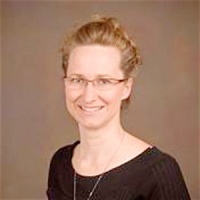 Dr. Deborah Suppes is an obstetrician-gynecologist practicing in Northfield, MN. Dr. Suppes specializes in women's health, particularly the female reproductive system, pregnancy and childbirth. As an obstetrician-gynecologist, or OB-GYN, Dr. Suppes can treat a number of health issues related to the vagina, uterus, ovaries, fallopian tubes and breasts. Dr Suppes can also treat women during pregnancy, labor, childbirth and the postpartum period. In this specialty, doctors focus on reproductive care from puberty through adulthood.

Dr. Deborah L. Suppes, MD has a rating of 5 out of 5 stars based on the reviews from 2 patients. FindaTopDoc has aggregated the experiences from real patients to help give you more insights and information on how to choose the best OB-GYN (Obstetrician-Gynecologist) in your area. These reviews do not reflect a providers level of clinical care, but are a compilation of quality indicators such as bedside manner, wait time, staff friendliness, ease of appointment, and knowledge of conditions and treatments.
Overall Rating
Promptness
Courteous Staff
Accurate Diagnosis
Bed Side Manner
Would Recommended to Family and Friends

Dr. Suppes is a trusted obstetrician-gynecologist at the Women’s Health Center – Northfield in Minnesota. At Northfield Hospital, she also sees patients at the Lonsdale Clinic, The Birth Center, and Surgery Center.

Treating a wide range of women’s health issues, her special interests include general and high risk obstetrics, gynecologic surgery including minimally invasive procedures, adolescent gynecology, and menopause counseling. From 2006 until 2010, she served as the Chair of Perinatology at Northfield Hospital.

At the start of her academic career, Dr. Suppes graduated with her medical degree from the Mayo Clinic Alix School of Medicine in 1999. She then went on to perform her residency in obstetrics and gynecology at the University of Minnesota Medical School in 2003.