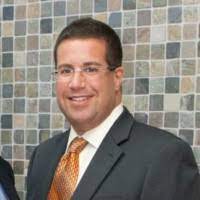 David M. Feldbaum, MD, FACS, is a top vascular surgeon who lends his skills and expertise to serve patients at the Vein & Vascular Center of South Florida in Pembroke Pines, FL. The Vein & Vascular Center of South Florida is a comprehensive provider of vascular and endovascular care serving residents of South Florida. Dr. Feldbaum additionally can be found on staff at Westside Regional Medical Center in Plantation, FL, and is a voluntary Clinical Instructor of Surgery at the University of Miami School of Medicine. Furthermore, he is the Vascular Surgery Reviewer for the Florida Medicare Quality Assurance Organization, a role he has embraced in 2002. With twenty years of experience as a vascular surgeon, he specializes in the diagnosis and treatment of conditions in the arteries and veins. Prior to his current endeavors, he has served Chief of Vascular Services with the Memorial Healthcare System. Moreover, Dr. Feldbaum has been the Councilor of the South Florida Chapter of the American College of Surgeons (2006-2009). He is licensed to practice medicine in New York and Florida.

Dr. David M. Feldbaum, MD, FACS has a rating of 3 out of 5 stars based on the reviews from 54 patients. FindaTopDoc has aggregated the experiences from real patients to help give you more insights and information on how to choose the best Vascular Surgeon in your area. These reviews do not reflect a providers level of clinical care, but are a compilation of quality indicators such as bedside manner, wait time, staff friendliness, ease of appointment, and knowledge of conditions and treatments.
Overall Rating
Promptness
Courteous Staff
Accurate Diagnosis
Bed Side Manner
Would Recommended to Family and Friends

Licensed to practice medicine in New York and Florida, Dr. Feldbaum is a board-certified vascular surgeon who tends to patients at the Vein & Vascular Center of South Florida in Pembroke Pines, Florida.

The mission of the Vein & Vascular Center of South Florida is “to provide vascular care and service of the highest quality through a personal doctor/patient approach that incorporates both traditional and contemporary treatments with a vision to be a community leader in the field of vascular surgery.”

Currently affiliated with Westside Regional Medical Center, Dr. Feldbaum formerly served as a member of the voluntary faculty i.e. Clinical Instructor of Surgery at the University of Miami School of Medicine. He also served as Chief of Vascular Services with the Memorial Healthcare System.

In regards to his educational background, Dr. Feldbaum completed his undergraduate degree from Brandeis University in Waltham, Massachusetts. He then earned his medical degree from SUNY Upstate in Syracuse in 1993. He completed a residency in general surgery at Montefiore Medical Center/Albert Einstein College of Medicine in New York City, followed by a fellowship in vascular surgery at the Carolinas Heart Institute in North Carolina.

Before long, he became board-certified in vascular surgery by the American Board of Surgery, an independent, non-profit organization located in Philadelphia, Pennsylvania, founded for the purpose of certifying surgeons who have met a defined standard of education, training, and knowledge. He also attained fellowship status with the American College of Surgeons (FACS) and membership status with the Florida Vascular Society and the South Florida Vascular Society.

Throughout his extensive career as a clinician, Dr. Feldbaum was appointed Councilor of the South Florida Chapter of the American College of Surgeons (January 2006-2009). He was also named the recipient of the C. Gillon Ward Resident Education Award by the Dewitt Daughtry Family Department of Surgery (2005), the Leo Davidorf Award for the Surgical Teaching of Medical Students at Montefiore Medical Center / Albert Einstein College of Medicine (1998), the Association of Academic Surgeons Research Award (1993), and the American Federation for Clinical Research Medical Student Award (1992), among others. Since 2002, he has been serving as a Vascular Surgery Reviewer for the Florida Medicare Quality Assurance Organization.