Dr. Shum, hematology/oncology, serendipitously become an oncologist after two medical residents dropped out of their program, opening the door for him to be pleasantly exposed to this most interesting ...

American Board of Internal Medicine (ABIM)

Dr. Merrill K Shum M.D. has a rating of 5 out of 5 stars based on the reviews from 22 patients. FindaTopDoc has aggregated the experiences from real patients to help give you more insights and information on how to choose the best Hematologist-Oncologist in your area. These reviews do not reflect a providers level of clinical care, but are a compilation of quality indicators such as bedside manner, wait time, staff friendliness, ease of appointment, and knowledge of conditions and treatments.
Overall Rating
Promptness
Courteous Staff
Accurate Diagnosis
Bed Side Manner
Would Recommended to Family and Friends 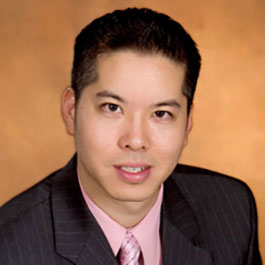 Merrill Kingman Shum, MD, a Hematologist-Oncologist with The Oncology Institute of Hope & Innovation

An exceptional, double-board certified, hematologist-oncologist, Dr. Shum serves as the Senior Medical Director and Medical Director of Dispensary at The Oncology Institute of Hope & Innovation (TOI). He enjoys day-to-day interaction, communication, touch and understanding that foster patient relationships, and considers it a privilege to treat his patients.

As the Senior Partner and Senior Medical Director for TOI, he has helped the center grow into the largest value-based care community oncology practice in the nation. He is the Co-Chair of the Physician Executive Committee.. He has been a lead principal investigator and sub-investigator in over 300 clinical trials and has helped facilitate several FDA drug approvals. He serves on several pharmaceutical drug advisory boards and serves as the Dispensary Medical Director for The Oncology Institute.

Founded in 2007, The Oncology Institute of Hope and Innovation is dedicated to excellence in cancer prevention, diagnosis, treatment, research, and education. It is the largest community, value-based, oncology practice in the US. With more than 50 practices in California, Arizona, Nevada, and Florida, they are part of the fabric of the communities they serve and committed to ensuring their services are easy to access.

Completing his undergraduate education at the University of California at Berkeley, Dr. Shum earned his medical degree from Autonoma University of Guadalajara in Jalisco, Mexico, and his fifth Pathway Certification from New York Medical College. He completed his residency at UMDNJ – Robert Wood Johnson Medical School (Cooper University Hospital) and served as Chief Institutional Fellow. He then pursued his fellowship at MD Anderson Cancer Center at Cooper.

Subsequent to his education, the doctor attained board certification in internal medicine, hematology and medical oncology through the American Board of Internal Medicine (ABIM). The ABIM is a physician-led, non-profit, independent evaluation organization driven by doctors who want to achieve higher standards for better care in a rapidly changing world.

A Southern California native, Dr. Shum returned to practice medicine in his home community after serving as an attending physician and member of the Crozer Regional Cancer Center, a Fox Chase Cancer Center affiliate in Philadelphia, Pennsylvania, for two years. During his tenure, he served as a relevance reviewer for the Hematology and Medical Oncology section from the American Board of Internal Medicine.

Among his prior academic appointments, he served as an adjunct Clinical Assistant Professor at the Lewis Katz School of Medicine at Temple University.

Among his most recent accolades and recognitions, Dr. Shum has been the recipient of the Top Doctor 2021 (California Magazine), the 2021 Super Doctors Award for Hematology-Oncology (Los Angeles Magazine), as well as the Physicians Achievement Award from the Presbyterian Intercommunity Hospital (PIH). He received the Southern California Rising Star Award (Los Angeles Magazine) for Hematology and Oncology from 2013 to 2015 and Super Doctors Award (Los Angeles Magazine) from 2017 to 2021. He was also recognized by Vitals’ website for Patient’s Choice Award in 2017 and 2018, On-Time Doctor Award in 2017 and 2018, and Compassionate Doctor Recognition in 2017.

The youngest of a set of twins, Dr. Shum says his name in Chinese means “someone wise who helps others to become better.” Active in the charity, Toys for Tots, he plays Santa Claus for the children of patients undergoing treatment. His hobbies include playing the piano, skiing, playing tennis, and coin collecting. Speaking multiple languages, he is fluent in English, Spanish, and Cantonese Chinese.