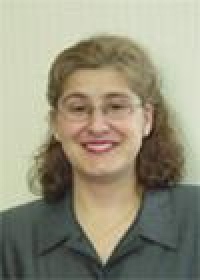 Dr. Celia Dominguez is an obstetrician-gynecologist practicing in Honolulu, HI. Dr. Dominguez specializes in women's health, particularly the female reproductive system, pregnancy and childbirth. As an obstetrician-gynecologist, or OB-GYN, Dr. Dominguez can treat a number of health issues related to the vagina, uterus, ovaries, fallopian tubes and breasts. Dr Dominguez can also treat women during pregnancy, labor, childbirth and the postpartum period. In this specialty, doctors focus on reproductive care from puberty through adulthood.

Dr. Celia E. Dominguez M.D. has a rating of 5 out of 5 stars based on the reviews from 1 patient. FindaTopDoc has aggregated the experiences from real patients to help give you more insights and information on how to choose the best OB-GYN (Obstetrician-Gynecologist) in your area. These reviews do not reflect a providers level of clinical care, but are a compilation of quality indicators such as bedside manner, wait time, staff friendliness, ease of appointment, and knowledge of conditions and treatments.
Overall Rating
Promptness
Courteous Staff
Accurate Diagnosis
Bed Side Manner
Would Recommended to Family and Friends

Recognized as an expert in the field of reproductive medicine, in vitro fertilization, and laparoendoscopic surgery, Dr. Dominguez is the Co-Director of Pacific In Vitro Fertilization Institute in Honolulu, Hawaii.

Pacific In Vitro Fertilization Institute is Hawaii’s first IVF clinic. Since opening its doors in 1985, more than 6,700 babies have been born to couples in Hawaii and around the world, helping to achieve their dream of starting a family. The Honolulu fertility clinic and experienced staff offer patients leading edge in vitro fertilization technologies, which include intracytoplasmic sperm injection, donor egg IVF, fertility preservation (egg freezing), and preimplantation genetic screening and testing (PGS/PGT).

A 1987 graduate of the George Washington University School of Medicine and Health Sciences, Dr. Dominguez completed her residency in obstetrics and gynecology at Mount Sinai Medical Center in New York City. She then went on to complete her fellowship in reproductive endocrinology and infertility at the University of California, San Diego.

In her professional experience, she has held faculty positions in reproductive endocrinology and infertility at the University of California in San Diego, the University of New Mexico, and at Emory University in Atlanta. Since 2011, she has been affiliated with the Kapiolani Medical Center for Women & Children.

Head southeast on Bingham Street 188 ft
You have arrived at your destination, on the right