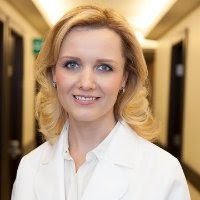 Dr. Natalie Marks is an internist practicing in Brooklyn, NY. Dr. Marks specializes in the medical treatment of adults. Internists can act as a primary physician or a consultant to a primary physician. They manage both common and rare diseases. Dr. Marks provides comprehensive care and manages treatment with surgeons as well. Internists establish long-term relationships with their patients and incorporate disease prevention and mental health care into their practice.

Dr. Natalie Marks, MD has a rating of 3 out of 5 stars based on the reviews from 2 patients. FindaTopDoc has aggregated the experiences from real patients to help give you more insights and information on how to choose the best Internist in your area. These reviews do not reflect a providers level of clinical care, but are a compilation of quality indicators such as bedside manner, wait time, staff friendliness, ease of appointment, and knowledge of conditions and treatments.
Overall Rating
Promptness
Courteous Staff
Accurate Diagnosis
Bed Side Manner
Would Recommended to Family and Friends

Dr. Marks is a board-certified vascular surgeon who serves the community of Borough Park in Brooklyn, New York City, New York at the Vascular Institute of New York. With more than 25 years of experience, she is passionate about using the latest advancements in medical technology to diagnose and treat a wide range of vascular conditions, including hypertension, peripheral arterial disease (PAD), venous leg ulcers, and diabetic vascular disease.

Founded by Enrico Ascher, MD, in 1990, the Vascular Institute of New York has been serving communities throughout New York City for over 30 years. From hypertension and venous leg ulcers to chronic venous insufficiency, carotid artery disease, and deep vein thrombosis, it provides exceptional vascular care for all patients.

In addition to her time at the Vascular Institute of New York, Dr. Marks is an attending physician at Brooklyn’s Maimonides Medical Center, New York Community Hospital, and NYU Langone Brooklyn Medical Center. A frequent invited guest lecturer at numerous international vascular related meetings, she also serves as a Clinical Associate Professor of Medicine at the New York University School of Medicine.

Growing up in Ukraine, Dr. Marks earned her medical degree from the Medical Academy named after S. I. Georgievsky of Vernadsky CFU in 1993. She later moved to the United States to complete her residency in internal medicine at Maimonides Medical Center in Brooklyn.

Head southeast on 50th Street 250 ft
Turn left onto 10th Avenue 449 ft
You have arrived at your destination, on the left