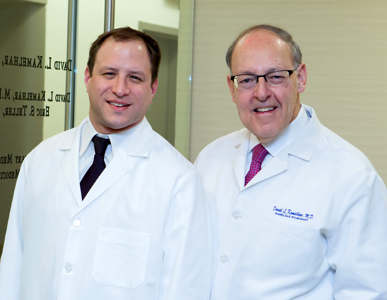 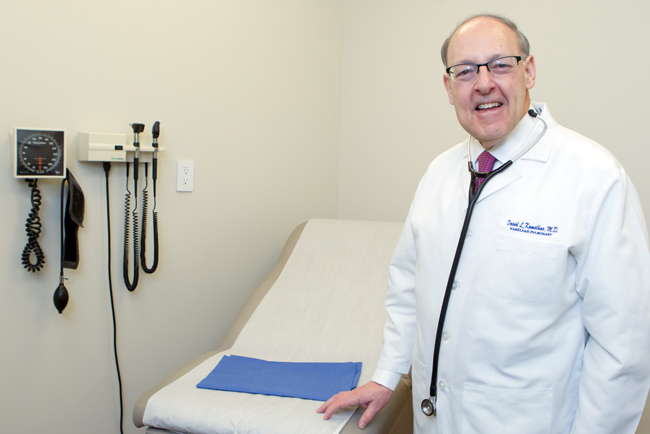 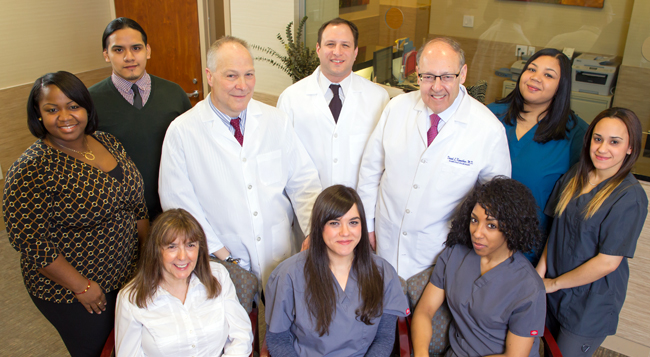 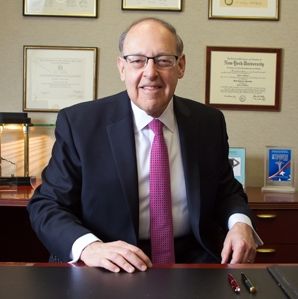 David L. Kamelhar, MD, FACP, FCCP, is a well-versed pulmonologist who diagnoses and treats patients at Kamelhar-Teller Pulmonary Medicine in New York, NY, where he works alongside Dr. Eric Teller. He started his clinical practice in 1980. Furthermore, Dr. Kamelhar is an expert witness with Almexperts as well as a Clinical Professor of Medicine at the New York University Grossman School of Medicine. He serves as a co-Director of the Bronchiectasis Program and its yearly Symposium on Bronchiectasis and NTM at NYU Langone Medical Center. As a pulmonologist, he specializes in the management of lung disease. His clinical interests include mycobacterium infection, bronchiectasis, chronic cough, chronic obstructive pulmonary disease, asthma, environmental lung disease, chronic bronchitis, and sarcoidosis. Dr. Kamelhar treats patients with occupational lung diseases, particularly asbestosis, and patients with accidental inhalation of toxic materials, including those exposed to World Trade Center dust from 9/11, as well as firefighters and police officers. Dr. Kamelhar’s professional journey spans forty-four years.

Dr. David L. Kamelhar, MD, FACP, FCCP has a rating of 3 out of 5 stars based on the reviews from 51 patients. FindaTopDoc has aggregated the experiences from real patients to help give you more insights and information on how to choose the best Pulmonologist in your area. These reviews do not reflect a providers level of clinical care, but are a compilation of quality indicators such as bedside manner, wait time, staff friendliness, ease of appointment, and knowledge of conditions and treatments.
Overall Rating
Promptness
Courteous Staff
Accurate Diagnosis
Bed Side Manner
Would Recommended to Family and Friends

Kamelhar-Teller Pulmonary Medicine is one of the most comprehensive and respected clinical programs in the New York Metropolitan Area for the diagnosis, treatment, and management of patients with respiratory symptoms, lung disease, and sleep disorders. The doctors’ mission is to provide each patient with an individualized approach to the diagnosis and resolution of his or her respiratory problems, sleep issues, and the optimization of their pulmonary wellness. They offer their patients exceptional clinical services through the integration of the industry’s best diagnostic, therapeutic, restorative and educational services.

With a particular interest in chronic cough, Dr. Kamelhar is focused on the integrative approach to its diagnosis, management, and cure. Optimizing a diagnostic approach while simultaneously recommending symptomatic relief customized for each patient remains the paradigm of his approach to cough. Evaluation of the sinuses, voice box, and esophagus often plays a major role in this assessment and treatment process.

Recognized throughout the pulmonary academic community for his work in bronchiectasis and non-tuberculous mycobacterial infections (NTM), Dr. Kamelhar is co-Director of NYU Langone Medical Center’s Bronchiectasis Program and co-directs its yearly Symposium on Bronchiectasis and NTM. He has seen large numbers of patients with occupational lung diseases, particularly asbestosis, and those with accidental inhalation of toxic materials of many varieties. Since 2001, he has been involved in the assessment of first responders and others who were exposed to World Trade Center dust from 9/11. He sees many firefighters and police officers, both active and retired, regarding diagnostic and therapeutic aspects of their exposure to inhalation of damaging materials experienced while in harm’s way over many years. He believes that involving the patient in proper care of these and other pulmonary maladies is essential for success in managing chronic disorders such as asthma and chronic obstructive lung disease.

Routinely, Dr. Kamelhar confers with colleagues from his own institution, as well as with clinical, radiographic and pathology experts from around the region and the nation. He does so in the event of a complicated diagnostic/management case in order to provide each patient with a treatment plan that is customized to their individual needs.

Starting his clinical practice in 1980, he has a faculty appointment as a Clinical Professor of Medicine at the New York University Grossman School of Medicine, where he regularly participates in teaching medical students, residents, and fellows at its affiliated hospitals. He has lectured on various topics in pulmonary medicine to both physician and lay groups in New York City and at national meetings, as well as has lectured abroad.

Leading the field in pulmonary medicine, Dr. Kamelhar is board-certified in internal medicine and pulmonary disease by the American Board of Internal Medicine (ABIM). The ABIM is a physician-led, non-profit, independent evaluation organization driven by doctors who want to achieve higher standards for better care in a rapidly changing world.

Pulmonology is a medical specialty that deals with diseases involving the respiratory tract. A pulmonologist is an internal medicine physician who specializes in preventing, diagnosing, and treating conditions and diseases that affect the lungs, bronchial tubes, and the respiratory system, including the nose, pharynx, and throat.

Pertaining to his research efforts, Dr. Kamelhar is Principle Investigator involving investigation of cough as it relates to the voice box and reflux-related disorders. He is also a Principal Investigator of a pioneering multi-institution study regarding the course of active non-tuberculous mycobacterial infection (NTM) managed with measures other than medication.

Additional interests include the involvement of esophageal disorders and alterations in the natural bacterial population (microbiome) in the course of mycobacterial infection and bronchiectasis.

As a testament to his success, Dr. Kamelhar has been identified by his peers as one of the “Top Doctors in New York Metropolitan Area” and “America’s Best Doctors” since 1997 as published by Castle Connolly Associates. He has also received the American Medical Association’s Physician Recognition Award.

On a more personal note, he speaks both English and Hebrew.