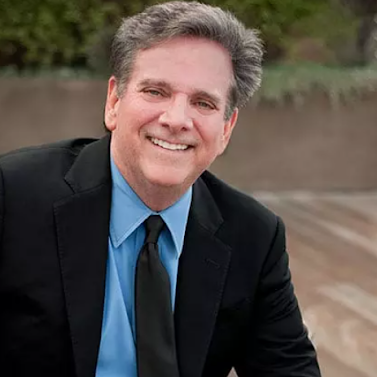 Dr. Jon M. Grazer attended Tulane University in New Orleans where he received his Master of Public Health, and Master of Science in Anatomy degrees. While working on his public health degree, Dr. Grazer ...

American Board of Plastic Surgery

Dr. Jon M. Grazer, MD, MPH, FACS has a rating of 4 out of 5 stars based on the reviews from 27 patients. FindaTopDoc has aggregated the experiences from real patients to help give you more insights and information on how to choose the best Plastic Surgeon in your area. These reviews do not reflect a providers level of clinical care, but are a compilation of quality indicators such as bedside manner, wait time, staff friendliness, ease of appointment, and knowledge of conditions and treatments.
Overall Rating
Promptness
Courteous Staff
Accurate Diagnosis
Bed Side Manner
Would Recommended to Family and Friends

A board-certified plastic surgeon, Dr. Grazer welcomes patients at his private practice in Newport Beach, where he specializes in aesthetic plastic and reconstructive surgery. His clientele includes high-profile models and international celebrities who, by nature of their profession, are under the constant scrutiny of public criticism. The pressure that his clients faced from the public, celebrity or otherwise, was his motivation to also become an expert in skin health, in order to best treat the scope of his patient’s needs. This dedication to detail has provided him with a myriad of loyal and satisfied customers who praise his ability to achieve a natural appearance in his procedures.

A second-generation Newport Beach plastic surgeon, the doctor comes from an extensive genealogy of California physicians that spans four generations back. His father, Dr. Frederick M. Grazer paved the road for the rise of plastic surgery by popularizing the tummy tuck and introducing liposuction to the United States in 1982.

With a deep curiosity and interest in science, Dr. Grazer attended Tulane University in New Orleans, where he received both his Master of Public Health and Master of Science in Anatomy degrees. During this time, he had the opportunity to work with Dr. Louis Ignarro, a Nobel Prize winner in Medicine, with whom he co-published a first-name paper.

In his professional experience, he works as an aviation medical examiner to provide Federal Aviation Administration (FAA) medical examinations to aspiring or renewing pilots, having had over 6000 hours of flight time logged since the age of 13. As such, he intimately understands the medical functions and requirements necessary for successful pilot operations. In addition, during his time in medical school, he had the opportunity to conduct research at the Johnson Space Center in Houston, Texas. His medical, science and aviation background led him to be selected as a second-tier astronaut candidate.

A past President of the Orange County Plastic Surgery Society, Dr. Grazer is currently an Assistant Clinical Professor in the Department of Plastic Surgery at the University of California, Irvine. He has also published a chapter on liposuction techniques in “Plastic Surgery: Indication, Operations, and Outcomes,” a multi-volume, international plastic surgery textbook. Furthermore, he has authored an interactive CD on abdominoplasty, which aims to educate patients about the procedure prior to undergoing surgery.

His success with high-profile clients and his skill as a plastic surgeon have both led him to being featured on countless television and print media appearances, including Discovery Channel, MTV, Fox News, Fox Coast to Coast, NBC News, Düsseldorf Times, Fitness Magazine, Ladies Home Journal, San Francisco Chronicle, and Ellé.

With a fervent belief in giving back, Dr. Grazer spends much of his free time traveling to underserved areas to perform surgery on children who may not otherwise have access to treatment. He is featured as a Top Doctor for dermal fillers and Dysport® on Realself.com, a leading cosmetic surgery website, and has also been named as one of the Top Doctors by the Orange County Medical Association every year since 2015.